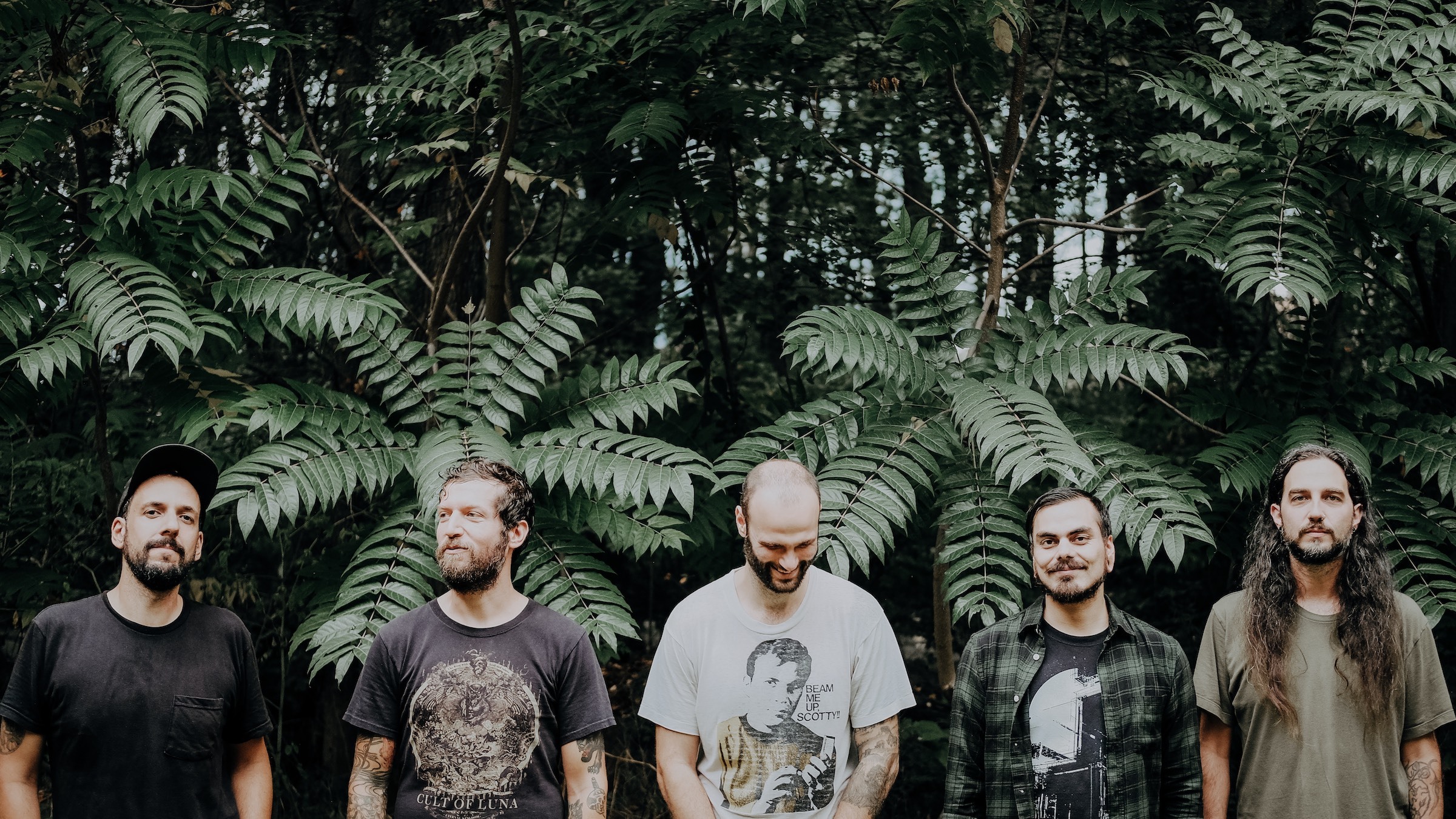 By Shaun MilliganJanuary 19, 2022 No Comments

SOM deliver an introspective and infallible sophomore album, seducing once again with a sonic duet of the beautiful and the bold as we are invited to take solace in The Shape of Everything and its comforting, expansive versatility.

I have patiently awaited the arrival of new music from SOM since discovering that last year’s Awake EP was a two-track affair supplemented with some remixes – understandable, given ongoing circumstances. The songs were an enjoyable succession to 2018’s The Fall, but alas, my itch was left in need of further scratching. Surely another artist could assist? I found solace and distraction elsewhere, but that itch never really went away; it merely became a sort of chronic lingering in the background.

The band itself is constructed from both current and former members of acts such as Junius, Adai, Constants, Driftoff, and the prolific Caspian. As such, the quintet’s sturdy pedigree and extensive portfolio is prevalent in the execution of what SOM produce as a sum of collective parts. Now, they seek to consolidate and expand their blend of doom, shoegaze, post-rock, even dream pop – a mixture they are able to balance with complete freedom, given that band member Will Benoit retains his role as producer for the record.

Yet the question remains: why this band? Why not one of their many peers? Well, I find that many bands do ferocity very well. Moreover, many bands do fragility with equally great success. Less often is an artist able to confidently mesh both into something simultaneously pummelling and poised, without jarring instances of transition that can plunge a listener into off-putting imbalance. If the ethereal fibres that hover above your distorted ground insist themselves too heavily, or indeed vice versa, the stark contrast may distract more than delight.

SOM, in case it were not already apparent, have no such difficulty. Their sound has developed proficient finesse and a noticeable identity imbued with a dynamic that comfortably – and frequently – roams the very kingdoms that surround us: light as air, cavernous as the oceanic depths, and instrumentally akin to the wild and varied terrain that we tread. Wonderful news, then, that the SOM-shaped cavity I harboured is so perfectly filled by… well… The Shape of Everything.

From the opening “Moment” (literally its title), we hear a track that unfolds layers of moderate grit to bring our first glimpse at the concoction that makes SOM‘s music so irresistible, and which will ultimately carve The Shape of Everything‘s evident sublimity. It’s an endearing start to the album – one that deals with the relatable confession of seeking clarity amidst chaos, as it admits: ‘I’m searching for meaning in everything/ But the edges on everything are thinning‘.

SOM have shared three tracks in the run-up to this latest release, with lead single “Animals” and “Center” completing the LP’s opening trifecta of songs. Each successive one draws you in, guaranteeing eventual familiarity and a sense that, with each listen, you’re back home. This welcoming familiarity is compounded by humanising messages aimed to provoke contemplation, such as ‘We’re all just animals hiding from our shadows/ And we’re all just animals running scared‘, taken from the aforementioned “Animals”.

A recurring sense of levitated, almost overwhelming convergence in the often resounding instrumentation is achieved through a conscious use of dynamic and texture. SOM ensure that flourishes of digitised ambience and melodic, harmonious guitar parts are employed tastefully and with discretion to enhance key passages on each of the eight songs present – all without drowning out the meatier rhythmic portions beneath. The result is an amalgamation of tones and textures often associated with decidedly more aggressive music, yet dressed with grace and elegance that somehow never diminish the record’s power.

Given the experiential wealth amassed by the members, such commendable execution should come as no surprise. Entrench yourself fully in the album’s instrumental nuances, and the treasure only becomes clearer. Take the bass: Justin Forrest plays a crucial role – an embodiment of strength at the forefront of SOM‘s sound that delves deep, striking down into the soil beneath the roots of Duncan Rich’s powerful drums on tracks such as “Heart Attack”. Pair it with monumental guitar work from Benoit, alongside fellow guitarists Mike Repasch-Nieves and Joel Reynolds, and the resulting sounds manifest cathartic strands of gaze that intertwine with equal conviction to the album’s heavier tones.

As previously stated, though, the potent duality of SOM‘s sound is a two-fold tapestry that stretches skyward with a success that parallels its crushing groundwork. For every thunderous, expansive riff and atmospheric blanket of reverberating percussion, there is shimmering beauty and a focus to the lyrical messages that draws you back from stepping fully away into the shrouded soundscapes that SOM create. I’d rather not spoil too much of it, but the following snippet from “Animals” details the frankness of thought and reflective introspection that the band have at their heart:

These concepts are revealed through heartfelt, melodious singing that rings out above the weighty instrumentals below. The first 30 seconds of “Shape”, for example, set up a lumbering, repetitive central riff that forms the basis for a song ingrained with wistfully tuneful vocals that give the somewhat forceful rhythm of the instruments a definite allure. “Clocks” is another wonderful example, as its silken lyrical delivery ebbs out from between shifting drum patterns and momentary thrusts of effect-laden guitar.

Even the more straight-laced sensibilities and repeated phrasings of “Wrong”, along with the desolate charm of my personal favourite, “Son of Winter”, deserve to be highlighted. Each offers a level of vibrancy and bewitchment that is just impossible to ignore, particularly in the closing section of the record’s final number. This isn’t an album that willingly relegates itself to the background; my every venture with The Shape of Everything ended up with me wandering from – if not abandoning entirely – whatever I had been occupied with, in order to fully immerse myself in the record’s sprawling sonic patchwork.

The Shape of Everything certainly sheds a dense, misty wash of light on the opening chapter of 2022. It lives up to its name in the grandest possible sense of the word, as its various influences and elements coalesce to offer a fluid, malleable record that forges fresh routes through commonly charted stylistic waters with seamless clarity and ease. SOM revolve around a self-proposed desire to ‘leave this place better than we found it‘, and The Shape of Everything is a radiant musical accomplishment that achieves this goal by simple nature of its very existence.