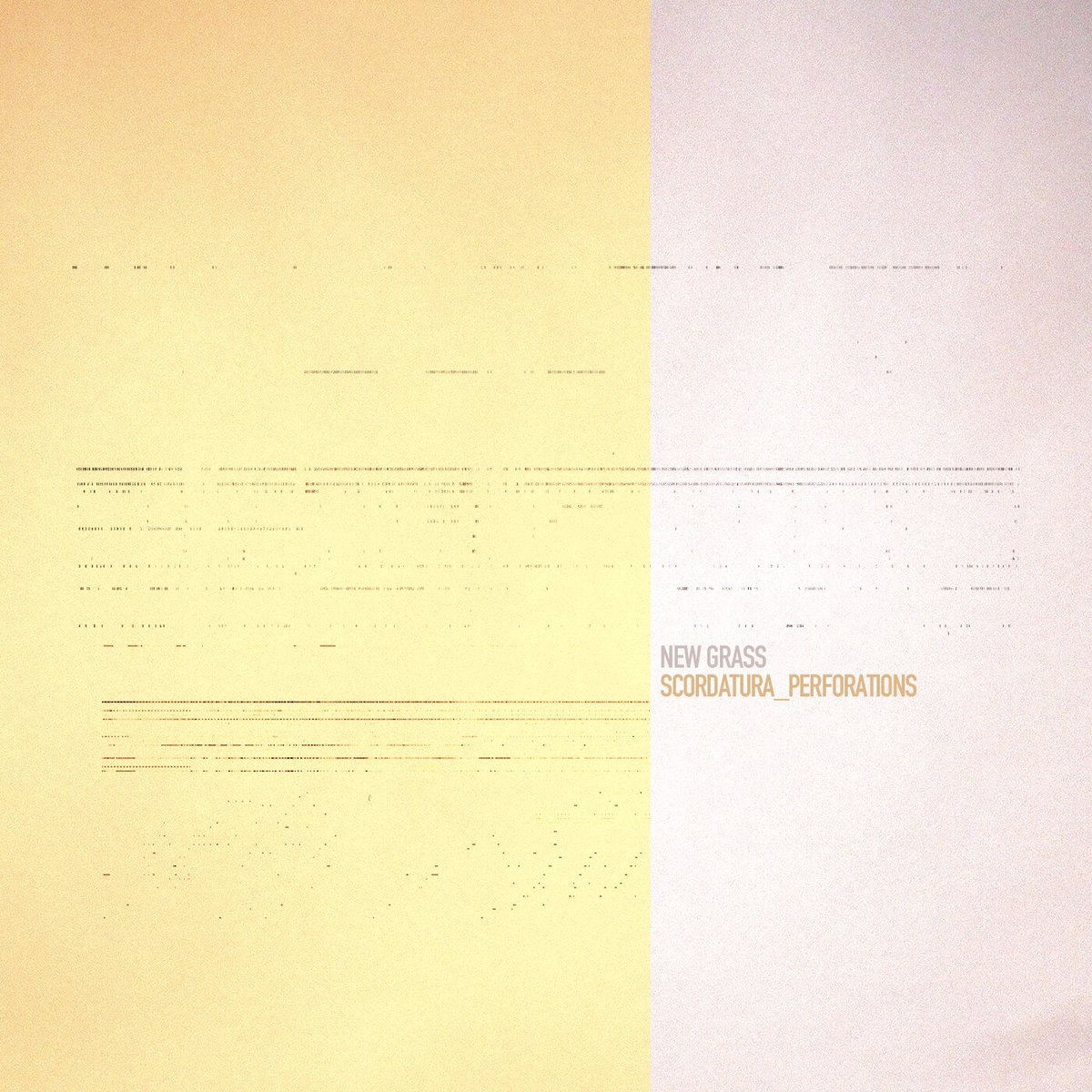 Lucio Oquendo returns with a fresh New Grass release in the form of a double EP. Straight to the point, Scordatura_Perforations showcases Oquendo’s love of aggression through eight relentless tracks (with some final quiet moments of reflection).

New Grass is the one-man post-hardcore/screamo project of Illinois’ Lucio Oquendo. Having been sporadic in releases and next to non-existent on social media, it has been interesting to see releases from New Grass increase over the past year or so (as with many artists in the pandemic era). December 2021 saw the release of Scordatura_Perforations – a split EP from New Grass, with a mix of older recordings, crafted at some point between 2012 and 2017, and a handful of newer additions prepared in early 2021.

Scordatura_Perforations opens with “dip loop/the light”, allowing the listener no time to prepare themselves for the oncoming onslaught of noise. It’s takes a mere 8 seconds for the opening feedback to merge into a mesh of strained screaming and aggressive guitars. Setting the tone for the rest of the record, the vocals are buried in the mix, melting into the unabating rhythm section. ‘All at once we rushed in‘, screams Oquendo, which this record certainly succeeds in doing so. The track closes with a couple of minutes of quietly picked guitar, allowing the listener to catch their breath before delving into the world of New Grass.

“grayland pack” picks up the pace again immediately, crashing cymbals and repeated chords leading into a pounding verse. This track in particular highlights the oxymoronic nature of New Grass, somehow managing to sound both brutally heavy and melodic all at once. This is again apparent on “k-14_1.13” and “op/we’re so fucked”, with the higher register of the guitar providing the melodic complement to the heaviness sitting underneath. These opening four tracks are possibly the strongest of Scordatura_Perforations, showing the full suite of strengths of the New Grass project.

Following the final notes of “op/we’re so fucked”, we transition into three previously released tracks (off the Fake Drums EP from back in 2015). It is here that it becomes apparent that Scordatura_Perforations is a collection of releases, with simple issues like a drop in volume interrupting the overall flow. Interestingly, this seemed to be less of an issue when listening on the Bandcamp app as opposed to other popular streaming services. As far as the music itself, “Moshka”, “Vidya”, and “Kama” again highlight the excellent writing abilities of New Grass. The bass playing comes alive in these tracks, with some wonderfully dirty-sounding lines really accentuating the noise around it. “Caskette”, recorded a few years earlier, slots in well with the previously released trio of tracks and provides a final torrent of noise before the quieter, reflective “organ solo” takes the listener home.

There’s a lot to love in Scordatura_Perforations, and even the complaints are simply solved by a simple volume slider (even easier solved if you pick up the physical version). From the outset, New Grass aim to keep things exciting by mixing the furious with the calm, with enough of each to make the 30-minute release go by in a flash. Oquendo, quiet on the release front for so long, appears to be upping his output, mixing the old with the new. If this release is anything to go by, both vault and new recordings will be something to look forward to.