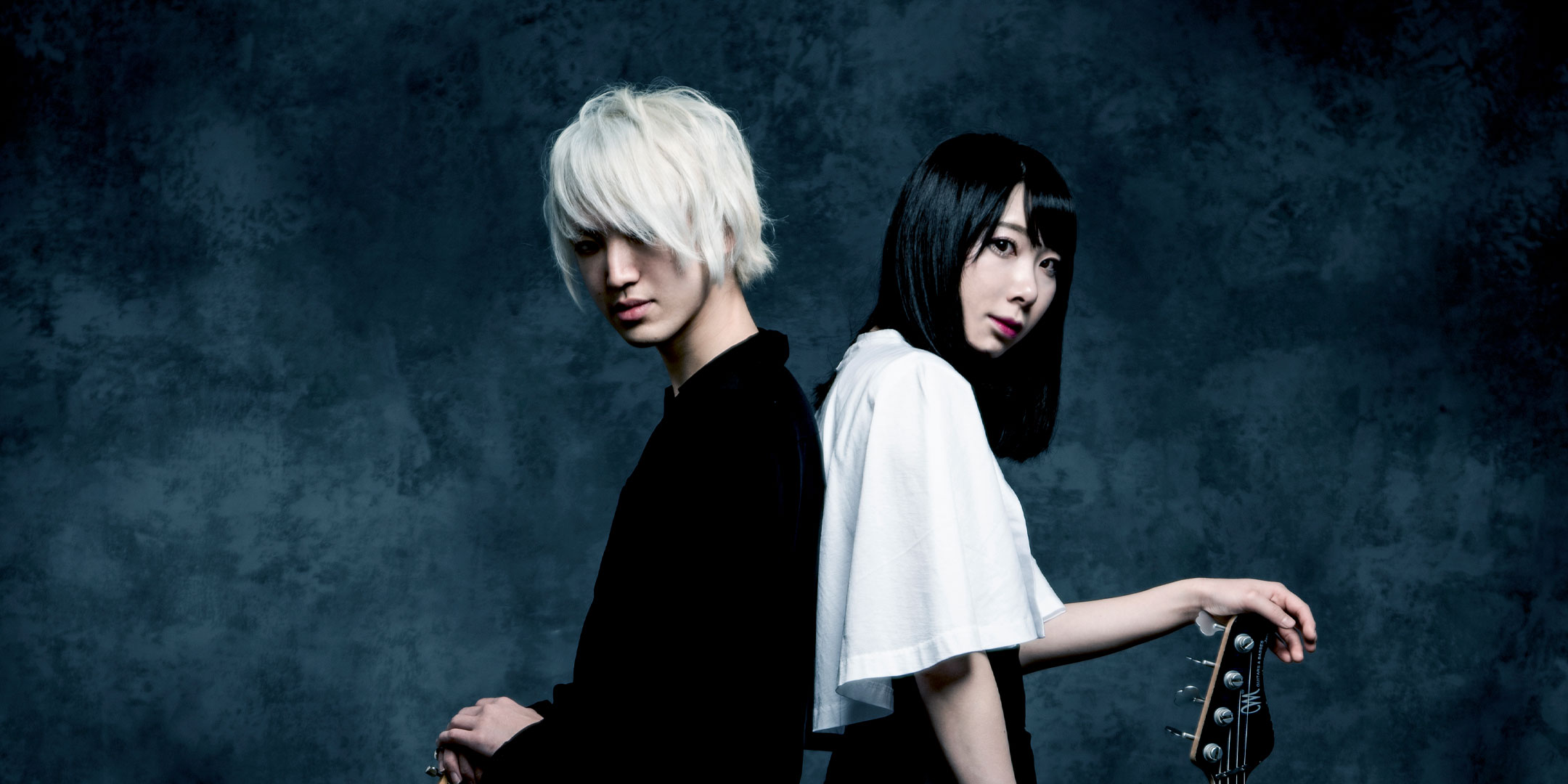 By Robert MiklosNovember 6, 2020 No Comments

One evening, about a year and a half ago, I was browsing Japanese rock on YouTube and at some point I just found myself on a music video for Sokoninaru (natively そこに鳴る). I was entirely enthralled, almost hypnotized. It’s no surprise that Japanese music is usually heavily packed and may appear eccentric to the Western world, however, this was simply something else. Sokoninaru would appear at a glance as another J-rock band, however, they fuse that kind of musical identity with math rock and progressive metal for an absolutely explosive effect.

Before I delve into the music at hand, I’d like to share a few words about the group. Sokoninaru started out just a little over nine years ago in Osaka and have since been evolving into the powerhouse they currently are. Comprised of Suzuki Jukou on guitar and vocals, Fujiwara Misaki on bass and vocals, and Takemura Tomohiro behind the drums, they have been continuously releasing music and touring since their inception. Choetsu (natively 超越, which is Japanese for ‘transcendence’) marks their seventh release and the band doesn’t show signs of slowing down anytime soon.

Choetsu, like any other Sokoninaru record, is quite short and hyper-dense. Clocking in at just a little over half an hour, it may seem rather innocuous and not enough – believe me it’s anything but that. The only reason you’ll be keeping it on repeat (just like me) is because you simply can’t get enough of it. Right off the bat, as I mentioned above, I can’t say that the band’s signature sound is driven forward in any major way. There are improvements of course, yet they take a few spins to actually reveal themselves. Although honestly, when you nail a recipe like this, which is so damn delicious, there’s really no incentive to risk any kind of alteration to it.

When I said hyper-dense, I meant it. There are a lot of things going on, especially given that we’re listening to the output of a trio. Each of the members is going at it at maximum. None of them hold back in terms of speed and level of prowess. That’s not to say this is just a show of fretboard gymnastics and virtuosic displays though. Through these approaches we hear some really unique ideas being fleshed out. On the other hand, this extreme is also contrasted by more tempered approaches which bring a lovely kind of dynamic to the music.

Stylistically, I’d dare say that it’s almost impossible to pin down every composing element. The band draws from a lot of areas within their compositional style and the way they deliver these ideas. I’d love to go into some truly painful detail about this whole aspect, but for the sake of brevity I’ll refrain. I will, however, get much more technical than I usually do in reviews. The band’s trademark sound, as you can tell at this point, has a lot of layers, and it also comes together with a healthy amount of polyrhythms. It also features a good amount of overall staccato, which often has unexpected timing. This is employed as an artifice that feels quite adequate, whether it’s facilitating a transition or simply snapping you out of one thing and into something else.

The overall vibe comes across as something highly energetic, upbeat and soaring even, due to how most of the melodic side of the music is stylized. This is catalyzed by a predominant use of modal changes in both the major and minor scales for some of that epic and dreamy edge before or during the climatic moments. Take, for example, that lead melody you hear about halfway in “Lament moment”. The arpeggiated chords going through a harmonic minor scale create something of a wistful yet gripping feeling. This is resolved unexpectedly by the brusque transition to the soaring metallic element. Speaking of “Lament moment”, I’d just like to capitalize on the Midwest emo chords you can hear right in the beginning. These are an integral part of the band’s signature sound.

The songs tend to be littered with a lot of groovy moments that are cut with plenty of melodic lines, which can become madly catchy depending on the song. “complicated system -new system ver.-” is a perfect example of a song that gets basically everything thrown into it, and yet it doesn’t feel overbearing. While it was initially released as part of a three-track single, it seems that an improved version of it can be heard on the record at hand. It’s basically the same song, but it just sounds so much better. The lead guitar line near the end of the first minute really caught my attention as it sounds simply glorious, albeit short. I would assume that it’s pitch-shifted up to a seventh, which gives it some of that unnaturally shiny feel of course, besides the obvious chorus, which is ubiquitous. We hear this snippet reprised in the guitar solo later in the song – what really makes it sound so great is the fact that it’s played in a mixolydian scale.

“極限は刹那 (Kyokugen wa Setsuna)”, which is by far one of the catchiest songs in the band’s repertoire, starts out with some very fast and snappy strumming that you’d usually hear in funk. This is an element that isn’t as widely employed as others, but it still makes plenty of appearances. Part of the catchy feel is capitalized on by the fact that the vocal lines are written in the Japanese minor scale and they also adhere to the unique style of metric division that comes inherently with the language. Even the simplest things manage to sound amazing. For example, on “永遠の砂漠 (Towa no Sabaku)” we hear plenty of vocal harmonization – albeit a basic kind, yet it’s simply awesome. This would also be due to the melody of the vocal line going neatly over every note in the minor scale.

“white for” and “black to” are perfect staples of how things can be more laid-back and sound just as good, retaining all of the base elements that keep you drawn to the action. You get the gist of it, the tunes are a musical mosaic that is crafted with something of a mathematical precision. It goes without saying that the engagement value of the music is simply off the charts. It would also stem clearly from all of the above that what I covered was just an infinitesimal part of the whole package. You really have to dive in yourself to fully comprehend the depth at which everything runs. It’s a great ride, so I suggest you check out older material as well once you’re done with Choetsu.