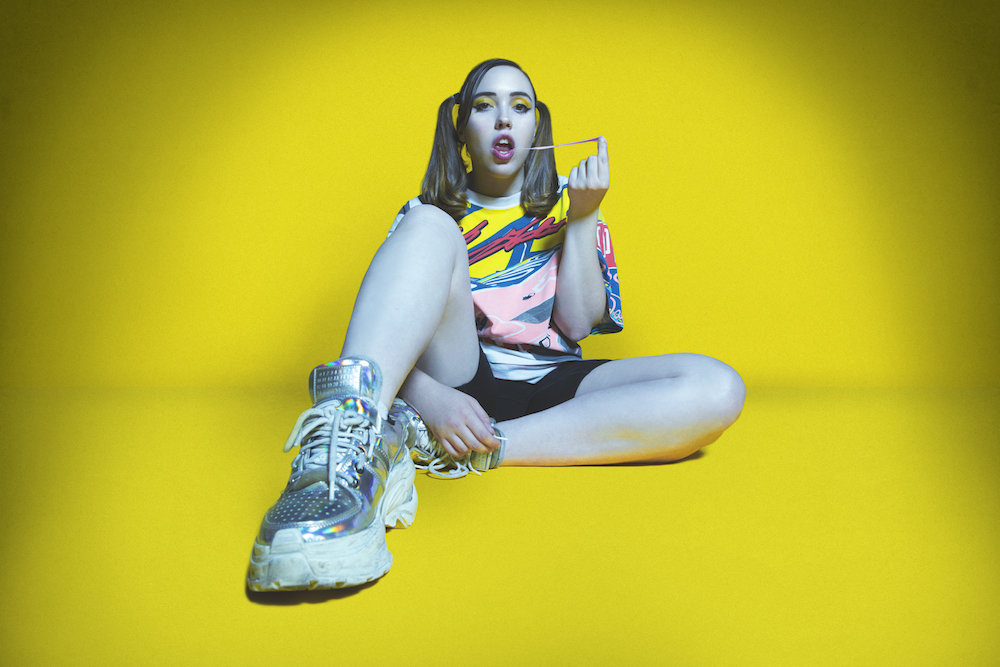 By Jake WaltersFebruary 24, 2020 No Comments

Not only does Color Theory surpass the lofty expectations laid upon it, but it redifines Soccer Mommy as a versatile act that isn’t a one-trick pony.

If there is something that the indie rock scene does well, it’s writing  soul-bearing lyrics that translate introspection into a catchy language that feels comfortable. Perhaps comfortable is too strong of a word; bearable is an apt substitute. Soccer Mommy is an act that came along a few years ago under the guidance of mastermind Sophie Allison and blew me away, specifically with their debut, Clean. It captured the honest dissatisfaction that makes the genre shine, but approached it with a balance of maturity and naivety. Two years hence songs from that record, such as “Scorpio Rising”, are still finding their way into my ears. Well, we finally have a LP from Soccer Mommy, in the form of the ten-track Color Theory.

Fans of this millennium’s initial wave of indie rock will find plenty of handholds on this record. The opener, “bloodstream”, reaches into the past 20 years and pulls forward many of the hallmarks of that era. The mid-tempo lilt, measured lyrical phrasing, and understated vocal delivery tell the tale of inward turmoil and faltering confidence. In some ways it feels like familiar territory, but the voice and perspective are fresh. If track one feels somewhat familiar, you’ll swear on a grave of your choosing that “circle the drain” is something that you’ve caught out of the corner of your ear on the radio in your junior year of high school. It’s so incredibly catchy, youthful, and wistful that regardless of your age, you’ll turn 15 when you hear this song. It’s a genuinely fantastic moment on the record.

The namesake of the record, color theory, does have some thematic significance as well. Three main colors arise from the album: blue, yellow, and gray. Blue being the obvious choice for sadness, yellow representing disorder, and gray being the flagship for darkness and depression. One of the biggest moments of this thematic framework is “yellow is the color of her eyes”. It’s an expansive track that nears eight minutes and is one of the richest songs of this young year. The contrasting idea of what a color can mean in varying contexts is something that is explored from the moment the song starts:

‘The bright August sun feels like yellow,
And the white of her eyes is so yellow,
The tiny lie I told to myself is making me hollow,
I’ve been choking on truths that I couldn’t swallow’

It’s a fundamentally great song that executes on each level; composition, pacing, lyrics, and dynamics. Little moments – such as the pause of the instrumentation before the second verse – pull the listener in deeper and deeper until the song swallows you whole. This brilliant construction is indicative of the record as a whole. Songs such as “royal screw up”, “up the walls”, and “night swimming” offer lush, quieter moments on the record that really shine the light on the lyrics and vocal delivery. While “lucy” and “crawling in my skin” infuse pop sensibilities into the mood with an upbeat delivery, upping the irony content by several orders of magnitude.

This is an album shaped by a brilliant lyricist who knows how to take the presiding feeling of inadequacy and stretch it until you can see through it. There’s also a real genius behind the varying production methods that are used from track to track, adapting the approach to better serve the mood, song, and message. If Clean was the celebration of the arrival of Soccer Mommy, then Color Theory is an anthem of ascendance. It’s my opinion that art is truth and I think this record is one of the most honest collection of thoughts that I’ve heard in quite some time.