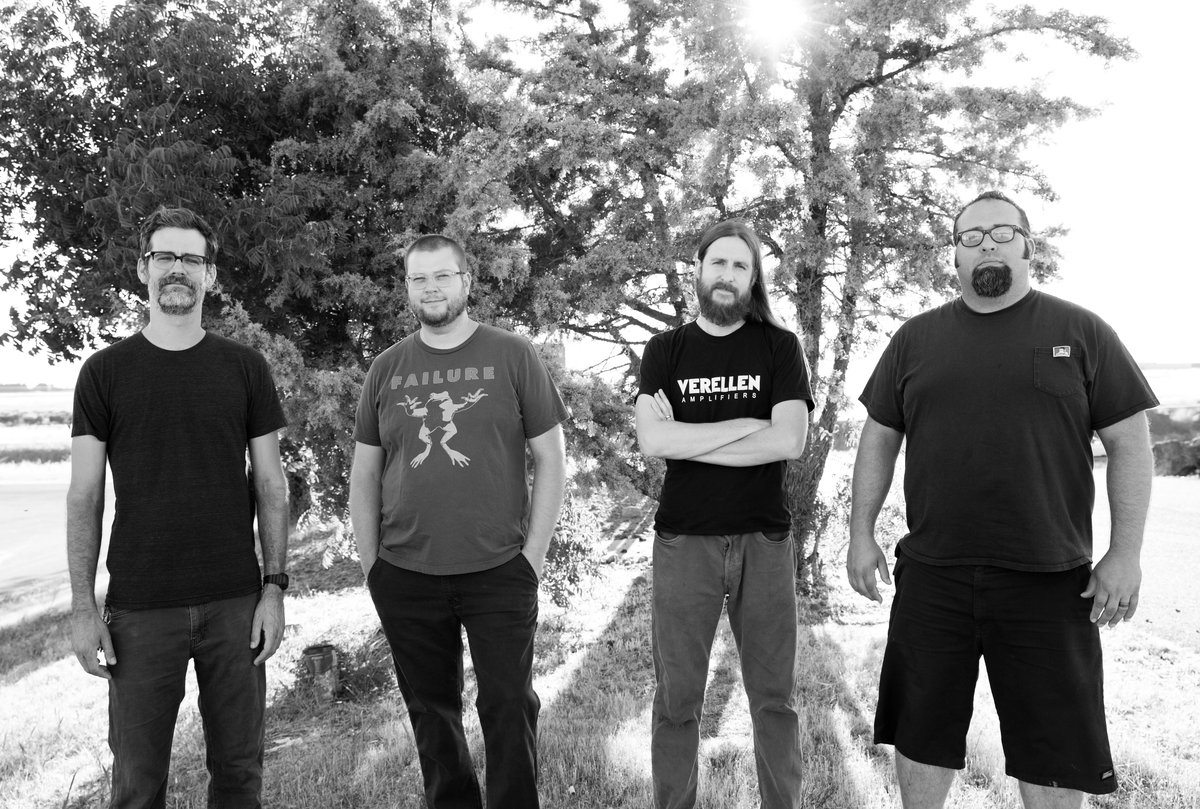 By Pete OverellNovember 16, 2019 No Comments

Burn Scar is a complex album, comprised of sludgy movements, which lapse into gorgeous sonic plateaus at a moment’s notice. Shadow Limb are a band you must be following.

As we transcend genres at Everything Is Noise, it is very easy to lose sight of the core identity of your music taste and forget what really makes you rock out. Of course, you can go too far the other way like many people do, and get too comfy inside your niche, which inevitably compromises the overall quality of music you’re listening to. With that in mind, I’ve been keeping both ears to the ground for another record like DVNE‘s Asheran for the last two years. I haven’t found anything that quite tickles me in the same way, until now.

Enter Shadow Limb and their first full-length album Burn Scar. That is, mind you, their first album under the name Shadow Limb. Instead the band were formally known as La Fin du Monde – a long running instrumental band, who decided to crank it up a notch and add vocals to their music. Whilst some things haven’t changed much, such as the complex and twisting instrumental sections, the chugs have slowed right down and been injected with a lot more grunt, giving an extra layer to the band’s sound.

Burn Scar is comprised of eight tracks, and often you find with long-form post-metal records that your attention wanes as you dive deeper and deeper into the album. However, this mature band have managed to craft eight tracks of solid music, which are significantly different to one another. Ranging in complexity and excitement, this makes for a very wholesome 50 minutes of music. The core influences are obvious, yet I wouldn’t say this plays too heavily on any of them, rather just borrows and modernizes ideas. You can hear Mastodon and Neurosis in the more progressive elements and song structures, Elder in the intricate arpeggios the group meter out in the slower phases, and bands like LO! when Shadow Limb let rip the sludge.

The song I find myself going back to the most is the one above – “Maelstroms Rebirth”. This song oozes swagger, and imbues the listener with confidence thanks to the big fat groove-laden riff Shadow Limb smash out as soon as the song starts. The shouts that guitarists Chris and Adam bellow out complement the thick, warm tones used in the chugs, yet this isn’t my favourite layer of the track. The bass breaks through the mix, growls like a hungry wolf, and sends shivers down your spine. It is these little intricacies which set this record apart from others, with mature songwriting making each revisit a treat, instead of a chore.

“You Blew It” stands out as one of the most memorable tracks of the album. This isn’t because it is the only instrumental track, rather it is chock full of exceptional motifs and moments, which excite you every single time you listen. It is a very dreamy track – I often drift completely into my subconscious during the buildup to the heavier sections of the song, snapping back when the fat riffs kick in. Again, the bass shines behind the guitars, moving between soft proggy sounds and the sharp growls mentioned earlier. Although in this song, it is the drums and guitars which take centre stage, the drums cueing up the guitars for brilliant shifts, which in turn deliver Baroness-style climaxes, and DVNE-style space odysseys.

The last four tracks on the album again take you to different sonic plateaus to the other tracks, highlighting the band’s depth of sound from which they can draw. “Cry Off” and “Cleanse Of Ire” are quite solemn tracks, very different to the high energy in the earlier stages of the album. Here, Shadow Limb employ some haunting vocals and have a lot of progressive elements to their music, really hooking the listener’s attention, despite being deep in the album. The guitars are the absolute stars in “Cleanse Of Ire”, again dishing out memorable and dreamy motifs that send you into the cosmos.

Needless to say, Shadow Limb have won themselves a solid fan. The production on the record is great to boot, yet preserves decent amounts of the band’s raw sounds, so you really feel connected to the instruments and the vocals. I really wouldn’t change much about the record at all, but I would like to see some of the wilder vocal experimentation the band did on their 2017 EP The King Is Dead, which added an extra ferocity to their music. I can imagine the band put on a stonking live show with this material, so be sure to keep an eye on upcoming shows. Burn Scar is well worth a listen for any connoisseurs of fine doom, post-metal, sludge and progressive metal; don’t wait any longer.