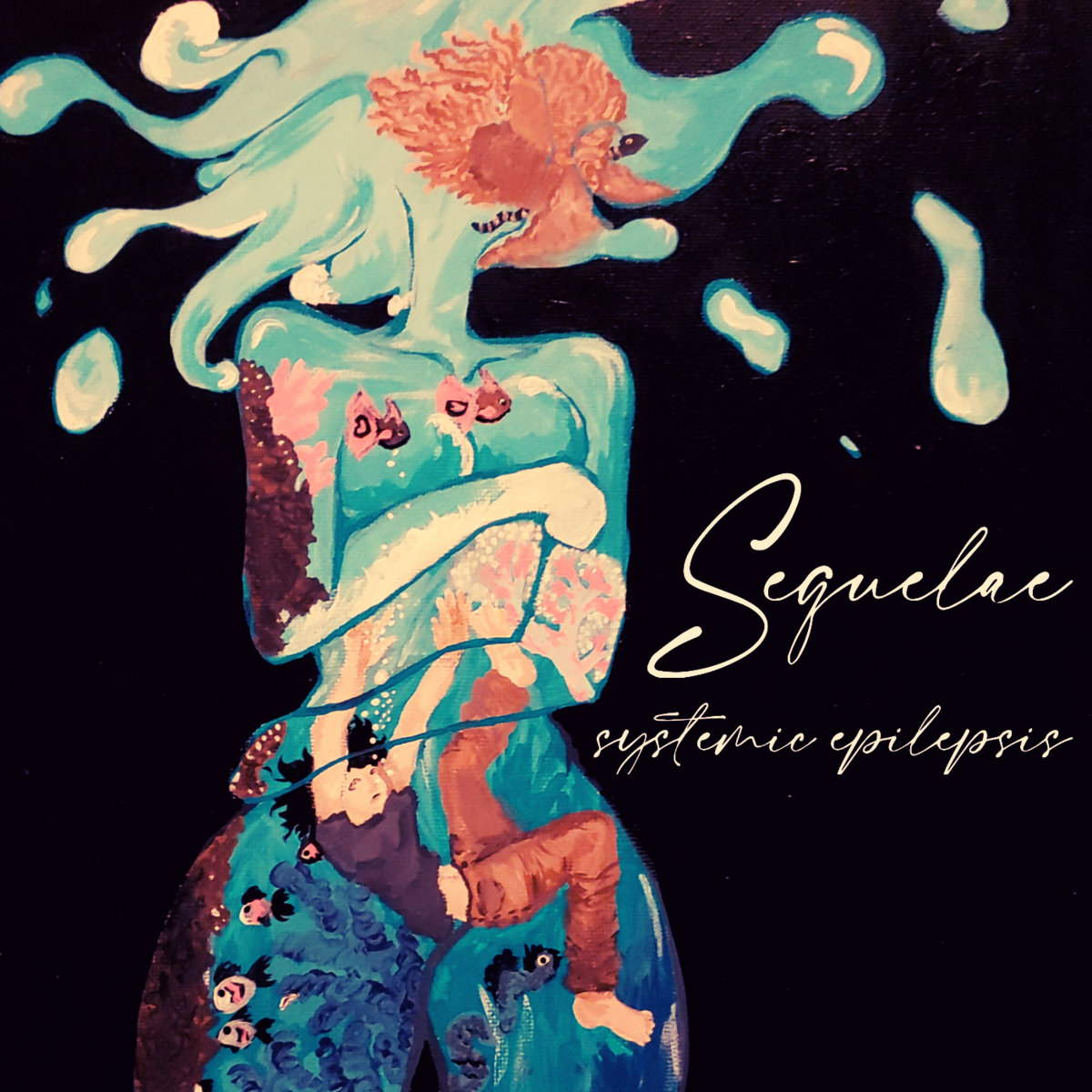 Surreal, heavy, disconcerting, and thoroughly immersive are just some of the things that come up to mind while attempting to define Systemic Epilepsis by Sequelae.

I was instantly drawn to this record somehow. I saw the cover art, the odd band name, along with the equally odd album title, and had a gut feeling that like there’s something in there for me. I swear that was a spot-on intuition as far as I’m concerned. It feels to me that music like this becomes increasingly rarer and more difficult to find. Or maybe it’s just an impression and it was always something rare and difficult to find. Anyway, Sequelae greet us with an uncompromising debut record which spans over what seems to be the length of an EP, at around twenty-five minutes. I’d love to offer a few word about this band, but there’s virtually nothing to certify their existence besides the Bandcamp page with their album, making them (at least for now) hella mysterious.

While the album is rather short for how I like my music, it’s a lean and highly compressed experience which doesn’t fuck around in the slightest. I’ve been struggling to try and categorize it stylistically in some comprehensible and concise manner, without any success. The backbone of the record would maybe fall somewhere within sludge territory with some blackened or death metal leanings while keeping a progressive mindset and a strong penchant for experimentation. The delivery borders on gazy/post- in terms of style with a heavy psychedelic undertone. The frequent use of dissonance, alongside the experimental aspect sort of qualifies the whole affair as veering into avant territory, but this is quite arguable.

I think that a vaguely apt comparison (for the sake of brevity as if) would be to say that Systemic Epilepsis feels like an unholy union between disparate segments of Kayo Dot‘s Choirs of the Eye and NERVES‘s self titled record. Alright, enough of that, this isn’t an exhaustive style guide. I merely wanted to offer some form or contour to what we’re looking at and honestly, I may have jumbled it up with words instead of clearing it out, but I’ll keep lying to myself that it’s clear even if I did jumble it.

The five songs which the record is broken into, are very well-knit together, offering a streamlined flow which almost negates the need of having separate songs — as opposed to a single massive track. While it’s difficult around the first few listens to distinguish clearly between the songs, they all have a unique character which reveals itself upon a conscious and profound immersion into their realm. “Effigy of Reproach” for example is easily identifiable due to its more traditional riffing and rhythmic patterns as well as something that resembles a chorus. It also takes a few listens to ease in into the wall of sound. There are a lot of layers stacked through every track and they aren’t easily detectable.

“Consul to Flies”, which is also the longest of the songs, I feel is the most solid part of the record, as well as the most representative segment of the entire journey. It also comes hard at us with heavily atmospheric parts — especially in the latter half — which hearken heavily to the aforementioned psychedelic touch as well as lending to oneiric feelings and/or textures. This particular part of the band’s sound is capitalized upon with the accompanying lyrics, which basically act as a catalyzer in this sense. As such, the emotive charge of the record is dense and seemingly impenetrable on certain ends. Furthermore, the dissonant edge keeps the feeling of unease and surrealism properly anchored throughout.

While I don’t really care for murky or very loose styles of production in general, I have to say that this particular approach works wonders in this context. It further amplifies any and all of the things I mentioned while further expanding the dream space atmosphere into reality, as if lending more authenticity to the entire blend. This especially rings true for the nigh cacophonic segments where layers just crash on top of each other for a crushing and claustrophobic effect. The vocals, through their unusual timbre and uncharacteristic delivery serve to further flesh out details in the plethora of nuances which are present, ultimately allowing the sonic tapestry to be as rich and evocative as its visual counterpart —  the album art — albeit much, much more harrowing.

Sequelae‘s Systemic Epilepsis is a very promising experience which basically promises us that whatever will follow will be at least as great. To me that’s pretty damn impressive. Few bands manage to conjure such original visions, executed with virtually no flaws whatsoever. As you could probably figure out by now, this is the furthest thing from easy listening. Although, mark my words, it’s a super rewarding listen for the attentive and patient listener. Expect only to be wowed if ‘weird’ is your cup of tea.