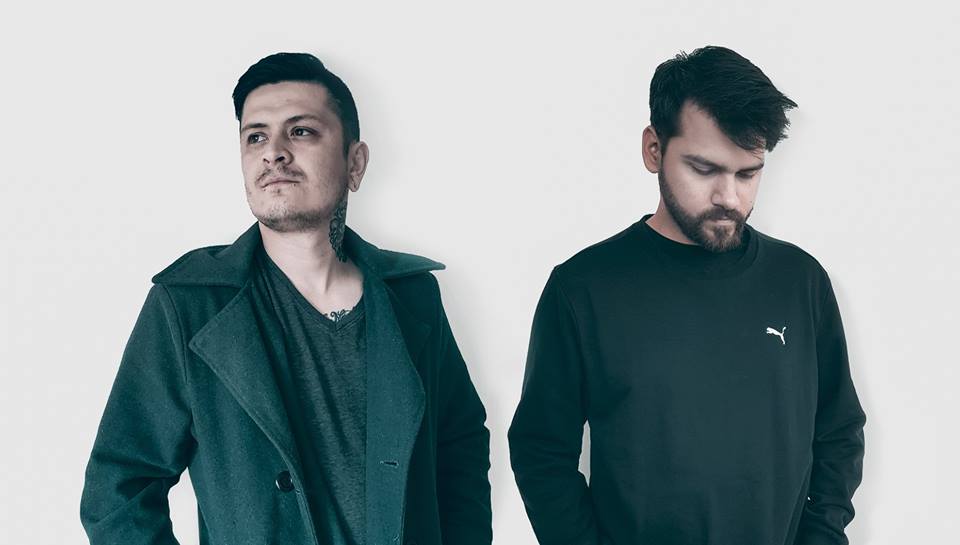 By Robert MiklosFebruary 27, 2019 No Comments

Scarlet Dress unleash their full-length debut, much to the delight of fans of progressive metalcore. Endless is a must for said fans.

Scarlet Dress is a progressive metalcore duo from San Francisco, California. They have debuted as a band about five years ago and now they bring to the world their full length debut, titled Endless. Sushant Vohra is responsible for laying down the guitars and other instruments, and Michael Rodriguez is on vocal and lyrical duty. Together, they undeniably pack a sweet amount of punch that’s drenched in melody. There are also three guests on the album, each having a spot on the last three tracks.

The artwork gives us a couple of hints as to what we can expect from the record, but doesn’t really give away that much. On top of a desert landscape, there’s a super imposed Earth lookalike that’s donned with random elements and a woman kind of climbing it. This gives me the impression that I’m going to be lost in all kinds of space during the album.

The production is quite good. The bass really booms throughout the album, slightly more than what one would expect from a djent record. The separation between the layers is well executed; nothing feels overshadowed. The one major drawback of the present sound is the excessive compression which makes things more linear, albeit much louder. However, this isn’t a surprise by any means since it’s pretty much a prerequisite of the djenty sound.

The album runs rather short, clocking in just slightly over half an hour. This takes away nothing from the quality of the album though. It is laid out with a fairly creative mindset, managing to slide from ‘core’ to ‘prog’ in equal measures while adding and removing all sorts of bits. This approach gives the record an engaging edge and a fresh feeling, that is, when compared to other releases in this niche.

Endless starts out rather predictably with “Onset” which acts as your classic intro. Then “Nucleus” breaks in abruptly without any warning, charging with absolutely massive chugs and growls. There’s even a couple of bursts near the beginning and the end which literally scream Frontierer, and that’s amazing. The song also comes together with a brutal deathcore-esque breakdown sprinkled with glitchy flakes. “Limerence” and “Rupture” smoothly develop the mood of the album, emphasizing the more melodic side of things. “Words Whispered” breaks away a little from this setting, hearkening more to “Nucleus”, sending some sonic balance our way. This is followed by a little interlude which gives a breather to whomever needs one, but just as well adds more nuance to the album’s narrative.

The last three tracks, which also feature the guest musicians, are definitely the highlight of the album. “Withdrawn” stands out as the heaviest song on the record, feeling like it wouldn’t be out of place on a deathcore album (save for the clean parts). Jordan Chase lends his vocal skills on this track, further adding to its weight. “Evade” is an instrumental track that showcases Alan Rigdon’s guitar chops in a very tasteful way in the form of a sweet solo. “Empty Breathing” snugly closes this trip, encompassing almost entirely the vibe of the album. It’s pleasantly layered song that’s equal parts catchy and heavy. Ending the record on a high note is definitely a power move and it’s very satisfying. Personally, “Empty Breathing” chimed most with me, especially with how the memorable vocal tune was carefully knitted on top of the instrumental.

Scarlet Dress may not be reinventing the prog metalcore wheel but they definitely represent it well. Endless may come across as formulaic but it shows a fair amount of promise. There are definitely some spots on the album that absolutely shine. Scarlet Dress have put out a very solid debut (in spite of its rather customary approach) and will definitely grow into a notable act if they keep upping the ante.