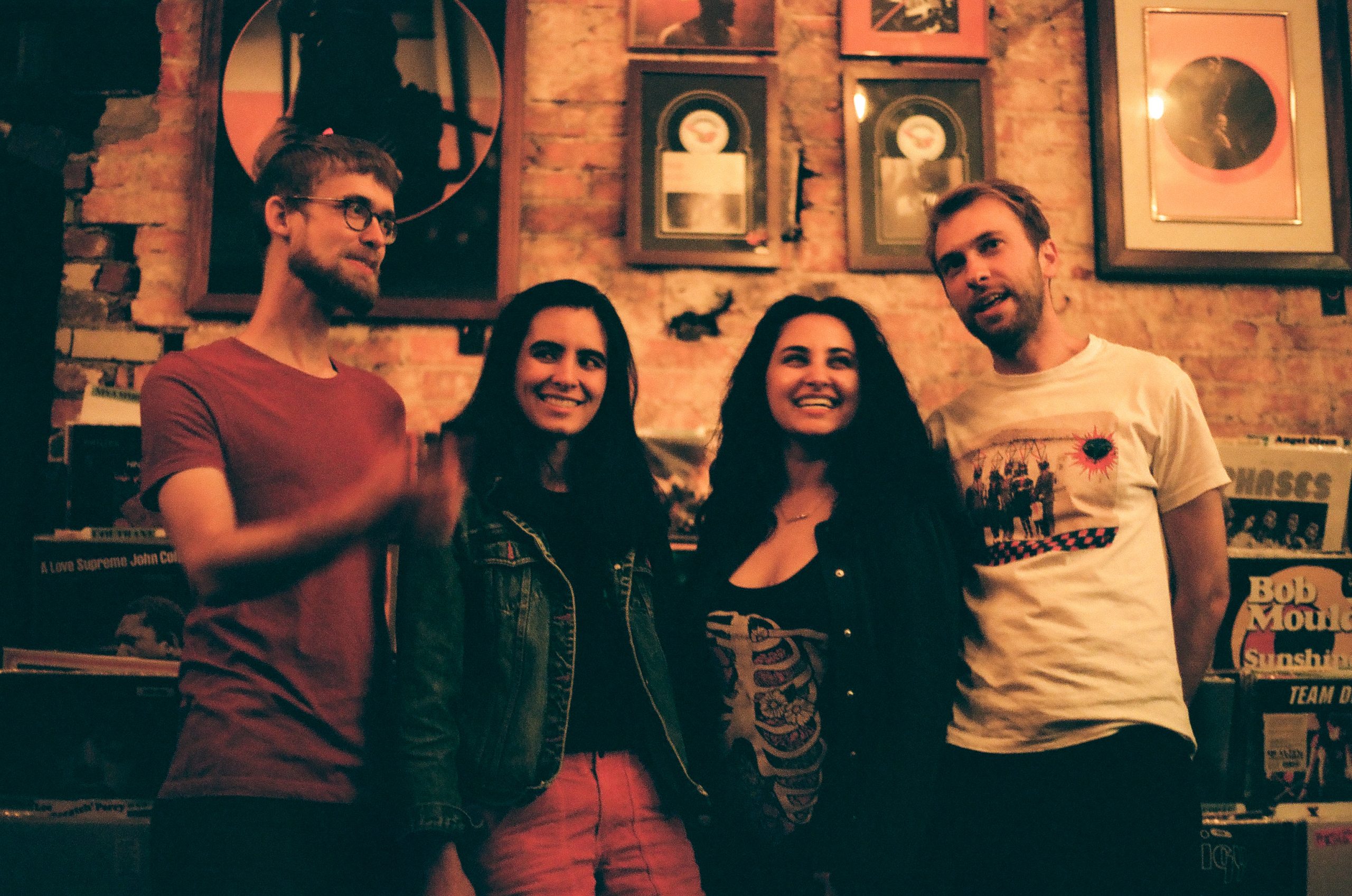 Rosie Cima & What She Dreamed – “Realm of the Warring Gods”

Rosie Cima & What She Dreamed wear their hearts on their sleeves for Realm of the Warring Gods.

As nice as it is having music sound very clean, sparkly, and polished, sometimes I just want something more stripped-back. Let’s forget the fancy effects and the post-processing for a minute – give me something raw for once. It’s hard to find music like that nowadays, yet I lucked out and stumbled upon Rosie Cima & What She Dreamed. This group scratches that itch in the most satisfying manner. Realm of the Warring Gods is a heartfelt musical experience that feels incredibly authentic, reminding us that our imperfections and blemishes are truly what make us special. As cliché as that sounds, it is true.

Rosie Cima & What She Dreamed is an indie rock group with folk influences and a punk attitude. They don’t shy away from making gritty, upbeat tunes that get your blood flowing, in addition to creating some incredibly soothing sounds that could ease all your qualms in a near instant. My very first impressions of Realm of the Warring Gods were undeniably pleasant; I very much enjoyed how raw and naked the music itself seemed. It sounded as if the group walked into a recording studio and recorded the whole album in full in a single take. It doesn’t get much more real than this.

There is something about this record that causes me to let my guard down and lose myself in how sincere and vulnerable the music is, which isn’t something you find every day. Throughout the entirety of this record, I had a huge smile across my face because of just how wholesome and relatable the music was. The deeply relateable and endearing lyricism goes back and forth between day-to-day events and the struggles as well as the joys that we encounter in our life; it is a reminder that we aren’t the only ones fighting a particular battle, as everyone will encounter said battle at some point in their lives. Just that subtle reminder alone makes a world of difference when we find ourselves in a world of hurt later on. It only encourages you to keep on fighting.

From the moment the record starts, the upbeat acoustic guitar and warm bass lines set the stage for the next forty minutes. With the acoustic guitar and sincere vocals, you’re made aware right away that this is as stripped down and genuine as can be. No filters, no photoshop, no studio magic – just pure emotion. Opening track “Stuck” is where you will notice that punkish attitude that is heard throughout Realm of the Warring Gods. That type of energy is also heard on “Waxwing” and “Coyote”, for example, although after a steady build-up. The sassy, bluesy lead guitar lines that support Rosie’s vocals add so much more depth to the already incredibly lively music. Those same guitar licks almost give this record a psychedelic tinge at times.

You will most likely notice the occasional vocal passage that sounds strained (for lack of a better word), as is heard on “The Wheel”, which would normally put off many listeners. In the context of this record, though, it fits naturally, and I enjoy Realm of the Warring Gods so much more because of how the group embraces those moments. It gives the music much more character in all reality; it makes it all feel human. There aren’t many artists out there that present themselves and their music in such a vulnerable and open manner, and that is a quality that I really admire. As a result, the music comes out so naturally here as opposed to being meticulously pieced together part by part so that it sounds absolutely perfect like some artists do.

Other tracks, such as “The Pablo Song” and “My Favorite Poem”, slow things down quite a bit to allow Rosie Cima to take center stage with her fierce yet luscious vocals guiding you through the songs. There is just something about “My Favorite Poem” in particular that makes me feel so exposed yet protected at the same time. This sappy tune is the equivalent of the soothing touch a mother has on her crying newborn that brings it instant peace. Who knew that something so simple and barebones would have such a powerful emotional impact on me?

Realm of the Warring Gods is one of those records that draws you in with its intimate nature. It is the type of album that makes me desperately want to be young again, to go back to living carelessly and freely without the confines of my conscience weighing me down in nearly everything that I do. One thing that makes music in general incredibly powerful is its ability to instill certain emotions, and this record pulls that off in multitudes. The pure emotion and zeal that Rosie Cima & What She Dreamed‘s music radiates is so contagious that it’ll inspire you to stop overthinking the things that you do and just live your life the way that you truly want to live it. Over time, I can see this helping me break free of what holds me back, and I hope it does the same for you.