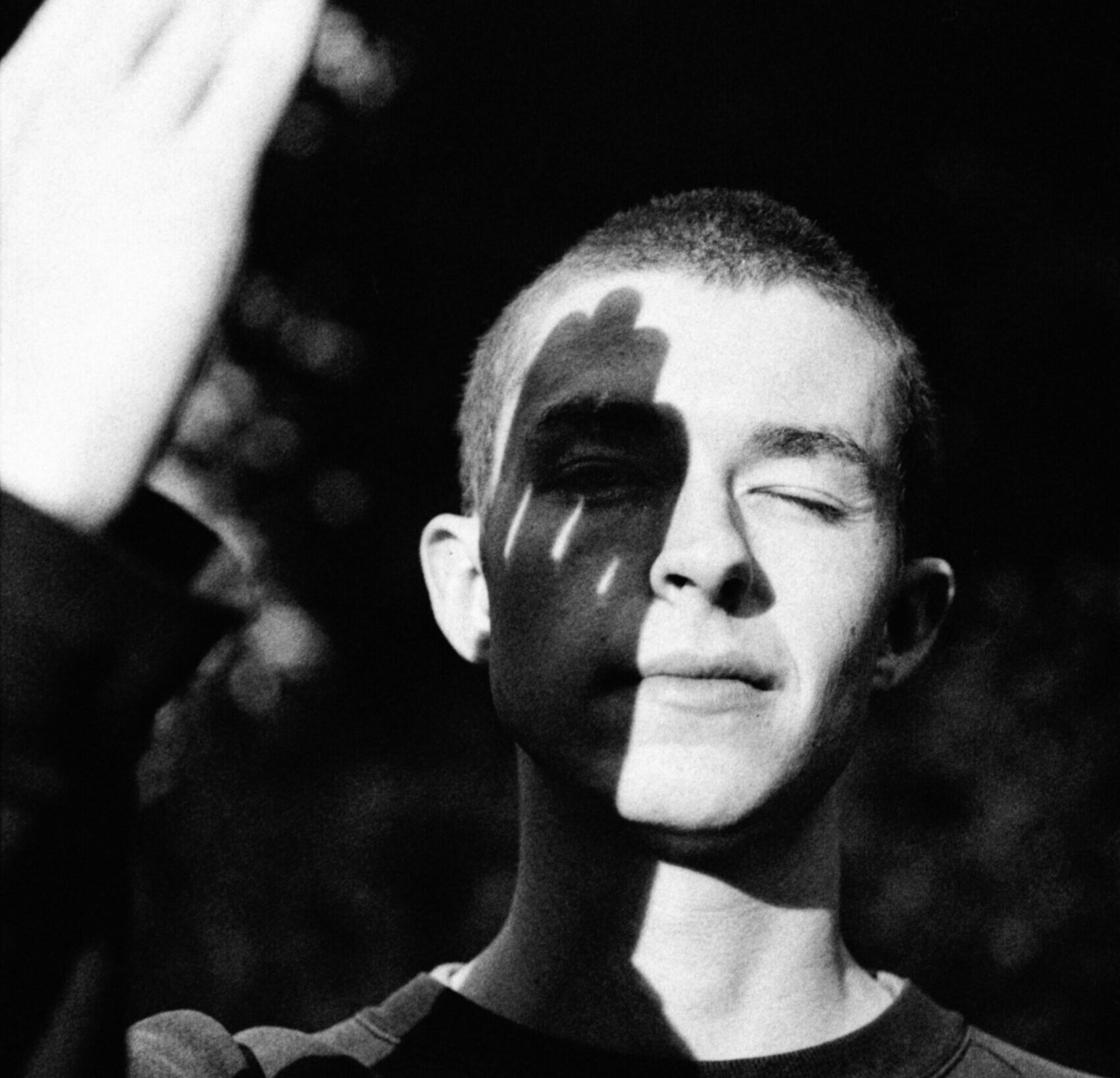 British talent Quinn Oulton unveils his remarkable debut full-length album, Alexithymia – one of the smoothest, most musically scenic and enjoyable rides you’ll take this year, if not ever.

British artist Quinn Oulton is a singer/songwriter and producer whose dextrous, multi-instrumentalist ways have paved a way for the London-born creative to forge a name for himself in music – both here in the UK and, increasingly, overseas. For context, Oulton pursued the saxophone from a young age, mentored in his formative years by jazz stalwarts Soweto Kinch and Julian Joseph – though his exposure to a diverse breadth of music all but guaranteed continuous sonic expansion as both a consumer and composer. This paved the way for a handful of EPs, beginning with 2017’s self-produced, self-titled EP. It was a foray of exploration and expression for the artist, earning him a spot at the two-week Red Bull Music Academy, where Oulton’s exposure to electronic music culture drastically shifted his ambitions and creative scope.

Now, after what has felt an agonisingly long wait since 2021’s excellent Show Your Face EP (following his graduation from the Royal Academy of Music), Oulton has completed his debut full-length, Alexithymia. The title refers to a broad term used regarding individuals who struggle to identify and/or describe their emotional states – something that makes for interesting reading. What I find more noteworthy, however, is that Oulton has crafted an album named after the perceived absence of emotion, yet which is so tangibly fraught with it when you take the time to immerse yourself in his music and lyrics.

We proceed with “Remember”, which presents itself as a technicolour opener that beckons you to marvel at Oulton’s command of his sonic palette. Initiating conversation with subtle, ethereal keys, it soon blossoms into a rather unpredictable stretch of lilting songwriting, wherein the jazz proclivities pronounce themselves amidst scattered ambient voicings, a shuffling drumbeat, and hints of his signature saxophone – forgive the typo, but it’s arguably a more fitting name.

The ambient electronics are an element Quinn Oulton uses to particularly strong effect in conjunction with his other instrumental abilities, as you’ll hear during the more wistful, restrained minutes of “Better”. Referencing a plea for someone to realise that they’re worthy of a higher standard of human being (‘You’ll be free from doubt, it’ll feel like heaven/You can walk right now and you’ll feel better’), I particularly enjoy the honest and thought-provoking nature of Oulton’s opening lyrical assessment:

‘Well let’s break this down
He’s a fool not a monster
He thinks he can lead you around
Does a philosophy degree
And the fact that he reads
Make his emotional needs more profound?’

Musically, the track is still imbued with digital traits alongside a slightly more R’n’B edge, and there’s a resemblance to tones and textures found across Jordan Rakei’s highly-lauded Wallflower, particularly during its moody closing passage. A key asset throughout Alexithymia is the continuing sense of unity between vocals and instrumental melody, with phrasings and patterns often traded between the extensive range of Oulton’s versatile voice and his equally expressive saxophone playing.

“Royalty” opens matters up a little, as glitchy vocal flourishes accompany more relaxed percussion. This sense of tranquility is compounded by piano and dynamics that allow you to deeply inhale the atmosphere at hand, as though Oulton’s sung notion of ‘time suspended’ was made a pleasant reality for the song’s duration. It’s a stark contrast to soulful single “Clashing Colours”, a smooth number which features the wonderful percussive talents of renowned British drummer Moses Boyd. His work behind the kit brings incredible vibrancy, with shimmering keys and increasingly playful saxophone in the foreground complementing beautifully as a juxtaposition to the emotional clash of the song’s subject matter.

The middle portion of Alexithymia greatly varies stylistic tendencies, reinforcing the truth that each track of the nine present possesses a distinctive voice – distinguishable by tempo, texture, even the approach of the composition. “Far Away” provides a more rock-infused sound, with a building sense of distortion permeating almost every aspect. While his proficiency on guitar takes centre stage here rather than saxophone, Oulton still finds time to work a tangible jazz vibe into this (and every other) song, proving his skilled craftsmanship is chameleonic, whatever the toolset – “Far Away” is just as sultry as other tracks on Alexithymia, but with a little more sizzle.

It’s interesting; while much of this album’s appeal for me revolves around its undoubtedly diverse catalogue of musical character, another large draw is conversely the unity of its lyrical themes. According to Oulton’s Bandcamp page, Alexithymia was written with a focus on events within a range of his own relationships – romantic and otherwise. The record presents the products and ponderings from a season of cathartic, introspective self-investigation for the artist:

’…Obsession, frustration, passion, false hope, grief, self-pity, helplessness, and acceptance are all part of this story.

I wrote it in this way because I was trying to work out why I connect so much with sad or melancholic music, and I realised that maybe listening to that music was filling a hole that I didn’t know I had. It was comforting to hear somebody process their own troubles outwardly when I didn’t feel I had a way, or even a reason, to do so myself. Writing the album has been an extremely therapeutic process as I’ve been able to seek out difficult parts of my life that I’d buried because I couldn’t process them at the time.’

There is something profoundly vulnerable in this decision, and I applaud Quinn Oulton for it. The result is a record that presents listeners with the same opportunity to work through emotional struggles of their own, by means of music that gives body and voice to what may elude or confuse. Oulton also expresses that ‘a lot of people, particularly men, struggle to recognise and process their own emotions…something that needs addressing to allow for healthier relationships with other people and yourself.’ This is a sentiment I wholeheartedly agree with, and Oulton’s frank, poetic lyrical outpourings certainly present ample opportunity to reflect on the pervasive traits and societal trends identified within, set against an audibly appealing backdrop.

Meanwhile, “Next Time” goes down as one of my all-time favourite songs – now boasting the highest play count stat in my entire music collection. From the opening of those harmonious, deep-ended keys, its rich textures engulf you with hefty bass, spacious vocal delivery, and echoing components that conjure a sense of wonder. Then, out of nowhere, a powerhouse of a chorus explodes into life as Oulton openly admits, ‘I’ve played the fool/And I’m the only one who doesn’t know it’. We’re treated to an anthemic, memorable passage populated with angelic voices, charged electronics, and a celestial grandeur that cannot be ignored. It subsides for a second verse, only to return in heightened measure, with more saxophone and dynamic variety to boot. We all have those songs that hit us differently on a molecular level, holding our attention without breath from start to finish. This is one of mine – a phenomenal masterclass in charismatic, gripping songwriting.

“two six” sees an appearance from Genevieve Artadi – one half of neo-jazz/funk duo KNOWER and artist in her own right – as she and Oulton join forces for a percussion-less jaunt that stretches into the stratosphere. Strings and feathery vocal melodies soar increasingly higher atop a sense of crescendo that is finished abruptly. It’s my only critique, as moments like this are too fleeting for my own greed to accept. This is, however, quickly appeased. “Never” entices with a slow build of dissipating composition until its main body stirs into life and we are treated once again to the now-familiar duet of Oulton’s melodious sax and vocal skills in tandem. ‘This can’t be the end’ he croons at the song’s close, and thankfully it’s not. Instead, “Running” appears in the hazy distance of the horizon; it invokes an immediate, comforting sense of wilderness with its repeating guitar riff, sprawling vocals, and building percussive momentum, seeing us off in fitting fashion.

Given the wealth of musical diversity on offer, I implore you to listen to Alexithymia. It oozes charisma, charm, creativity…that ’je ne sais quoi’ that just pops… What’s more, there isn’t a single weak song in the roster – just nine distinct creations that are evocative and enthralling in their own right. It’s a triumphant full-length work from Quinn Oulton that I’m confident will precede further records, and even after countless listens from start to finish, I have yet to tire of it. The details in the musical performances, the overarching messages, and the execution of his songwriting talents all combine to guarantee that Alexithymia sits effortlessly nestled among my favourite records of 2022 so far, and perhaps ever.