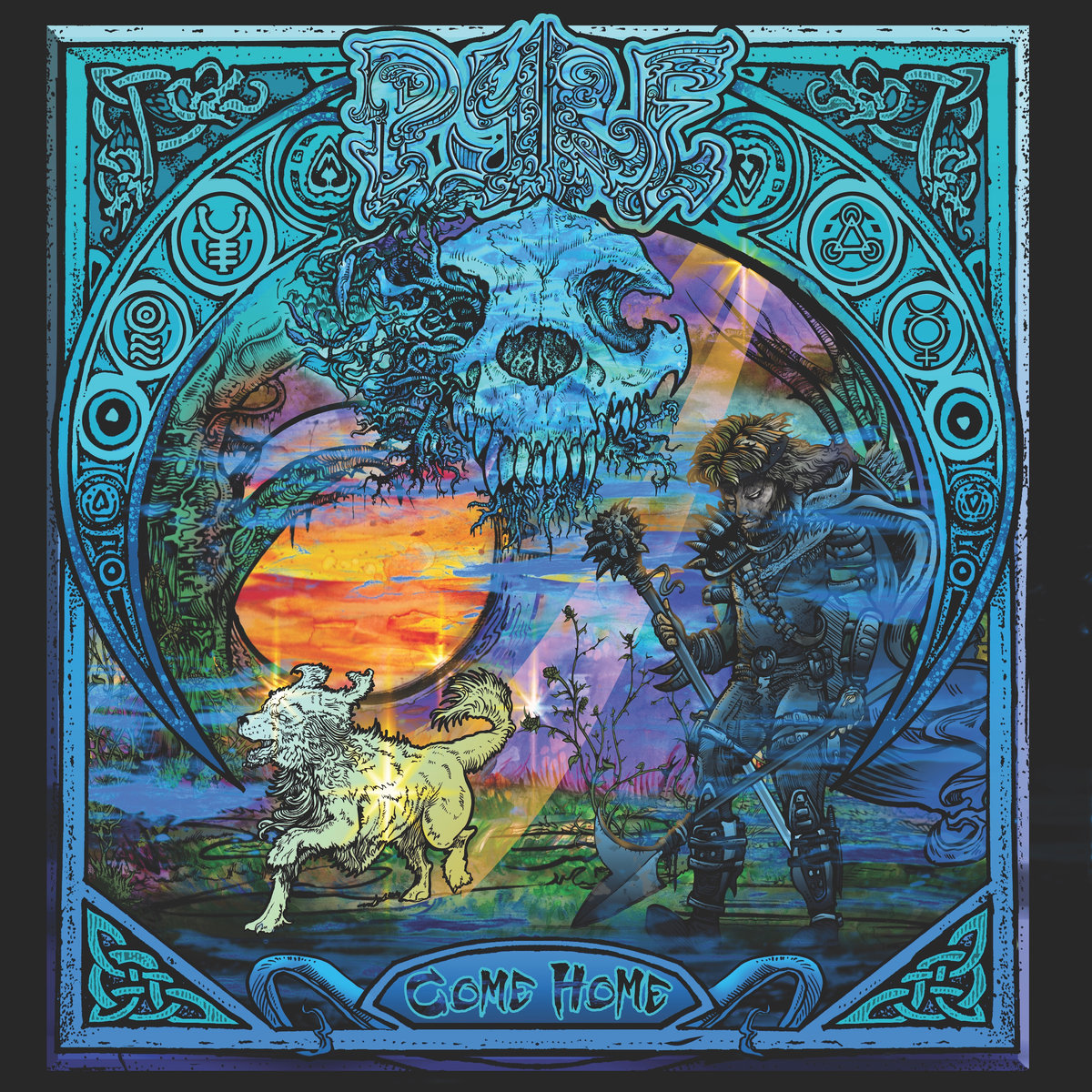 By David RodriguezJanuary 29, 2020 No Comments

PYRE seem content to do whatever the hell they want with their blend of thrash and punk. Come Home is a masterfully crafted album that’s way more than meets the eye.

Holy shit. You know when you get shown a new band and you immediately, lovingly take to their whole attitude? That’s precisely what happened when fellow writer and editor Jake sent me the newest album from Gainesville, Florida hardcore punk/thrash trio PYRE. I had been having a hard time resetting after a busy and eclectic 2019 when it came to life and music – wasn’t connecting with much new stuff. Come Home beckoned me to dive back in headfirst with blatant disregard and I’m so glad I did as it’s the first album of 2020 that I feel was made for me.

When you think of punk and thrash, two genres that are quite good mates (how else do you think their crossover love child came to be?), you’re not likely to think of conceptual themes, but that’s exactly what we get here. Come Home is a story of The Goodest Boy and the Hero who are saddled with an epic task, the completion of which will surely prove to be detrimental to both of their lives, yet they persevere to what is needed and right. It’s a perilous journey, like that of The Lords of the Rings if it was written in all caps and had hella more riffs and blistering drums. J.R.R. Tolkien, rest his soul, was a lot of things, but a good riff writer was not one of them.

I love how particular PYRE are with their sound. At any given time, you can be treated to upbeat punk melody, or a soiree of swift riffs that call to mind the rowdiest thrash possibly conjurable. Their whole vibe is reminiscent of Mutoid Man, a band I adore who take a similar approach to distilling their chaotic energy into tight, explosive music. It’s like bottling sonic anarchy only to have a rag stuffed down the neck, lit on fire, and thrown toward the closest monument to anger. In other words, it’s fucking great.

Abundant too! In only 29 minutes and 11 tracks, Come Home is a veritable roller coaster, though one that seems to only have two speeds: fast and faster. Even during its flirt with pop punk in the intro track, rhythms are massive and gain ground more quickly than could be reasonably imagined for a song of that style. Melodies feel triumphantly catchy and lively, just like The Goodest Boy it’s named after – a jovial track that gives way not to a heel-turn into darkness, but unbridled power and limitless expression.

It’s just ripper after ripper with this album, getting pummeled into submission by the dirty riff slowdown in the latter half of “Tough Guy”, or the complete succumbing to punk fury in “Smite With Hex”. Everyone plays a part in the delivery. All members – John, Jeff, and Myk (drums, guitar, bass/keyboard respectively) – provide an array of lead vocals to tell this story. Although I have no way of discerning who’s who, each voice is distinct. We get caustic yells, cavernous and bassy bellows, a piercing screech, as well as some gang vocals. PYRE are a veritable hydra when it comes to singing, showing of distinct personalities and pairing the right voice for the mood of the lyrics and track they’re a part of.

Each song on here has such an impressive forward momentum, as if you can literally see the band jump out of their car and push it along the seek bar of your music player before hopping back in to recklessly plunge downhill with arms flailing out the windows, middle fingers extended high enough to be antennae for all the no-fucks-given vibes they emanate. Not only have PYRE proven to be just what the doctor ordered to reinvigorate my interest in music, bringing me from ‘eh’ to ‘ayyy’ in only one listen, but they’ve carved out a little niche for themselves on a road crowded with others that, frankly, pale in comparison. Though to be fair, I guess that just happens when the vehicle you’re in is a thrash-fueled bulldozer capable of upending nearly any others that would get in your way by sheer force of will.

I’ve failed to mention until now that PYRE is an acronym that means People You Really Enjoy which is a hell of a resume header if I ever heard one. Indeed, I did really enjoy their wonderfully fun and well-crafted helltrip metal. It’s rare to find a band that feels so unconcerned with any boundaries, whose only desire is to push more envelopes than a mail carrier. Being original in a genre marred by legacies and coattail chasers deserves praise in and of itself, but to be undeterred in the face of all of that is the stuff of future legends. PYRE may have what it takes to break through it all.