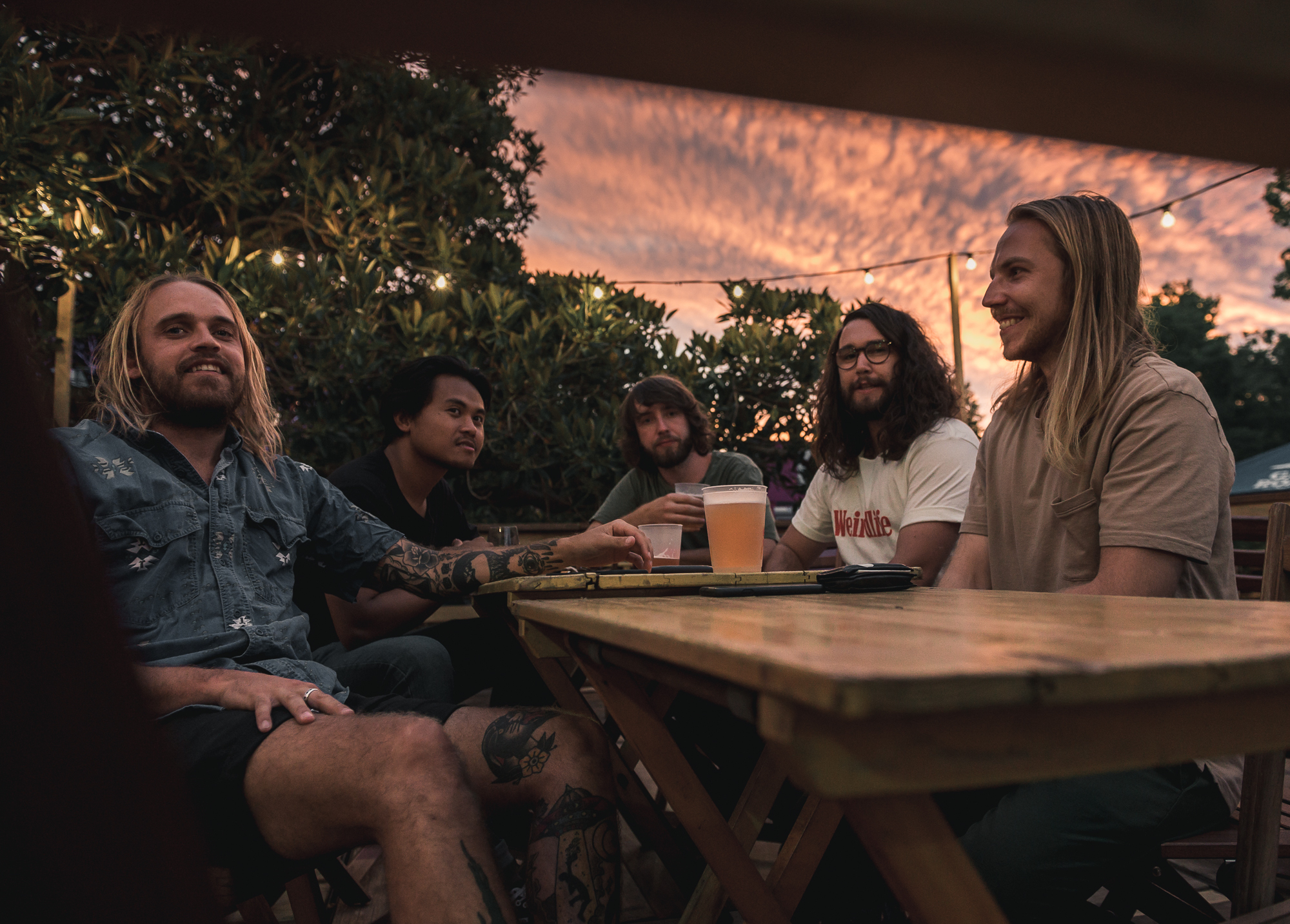 Charmingly retro in its fuzzed-out psychedelia, SHYGA! The Sunlight Mound will certainly bring some light into your day.

I know, I know. Psychedelic Porn Crumpets have a strange name. It’s a name that’ll either put you off, or strangely intrigue you. That’s okay – we’ve all been there. It’s okay to feel confused, and maybe slightly aroused; don’t be ashamed! Let me tell you now that their new album, SHYGA! The Sunlight Mound, will very accurately reflect those feelings. I had had a bit of experience with them before I picked up this review – an acquaintance of my partner’s sent him a link to their song “Cornflake” earlier last year, with the message ‘I think you’ll like this’, and they were right. He liked it so much that he promptly showed me, and it’s become a staple in our Saturday night, post-band-practice playlist. It never fails to delight with its attractive blend of fuzzy riffs and trippy verses, so I’d be lying if I didn’t say I had high hopes for SHYGA! The Sunlight Mound.

It’s possibly a little early in the review to say I was not disappointed, but I’ll do it anyway. SHYGA! is a sonic delight. 14 songs may sound like a lot, but the album only feels like it’s about half an hour long. Each song is succinct, high-energy, and infectiously fun. From the one-minute opening track, “Big Dijon”, with its almost folky acoustic guitar sparkling above the distorted vocal, right to its semi-punk closer, “The Tale of Gurney Gridman”, SHYGA! never has a dull moment.

There’s something both intoxicating and claustrophobic about PPC’s dense instrumentation on SHYGA!. Every song has a hefty weight to it, and even when there are only a few instruments playing, the tones on them are so thick that they’re almost smothering. I really like it – it’s assaulting without being in any way aggressive. I can relate to the way the album sounds on days where I just have too many thoughts in my head, bouncing around, choking out anything rational. It feels like PPC are trying to release something on this album, but they just never quite get there. With the end of every song comes temporary relief from this stifling weight, yet it returns with full force with every next song.

That’s not to say SHYGA! is depressing: I think contemplative is the word, but in a jaunty way. “Mr. Prism”, for example, features a bouncy bass line, heavy with fuzz and played with assertion, overlaid with occasional bluesy guitar licks and vocals that should float, but rather smother. It’s a bop, but it’s crowded, somehow, like dancing in a club filled to bursting. Are you dancing because you want to, or because the bodies around you are forcing you to move with them? The driving drumbeat becomes adrenaline inducing, a blood-pumping heartbeat in the song’s chest.

“Hats off to the Green Bins” is a little unusual in that it has no fat riffs, but is still distinctively PPC. The very folky approach to psychedelic rock transforms this song from a mundane account of tidying up and sorting the rubbish into something much more introspective. Starting with odd panned vocals, the heart of the song is a bass-and-vocal line interspersed with delightfully fuzzy walls of guitars, the bass and vocals separating to go off on their own tangents. Somehow, very organically, the song ends up in a full-on 60s-style trip section, complete with all sorts of weird and wonderful effects. It’s hard to imagine this kaleidoscopic (and vaguely threatening) soundscape could be based completely in sobriety.