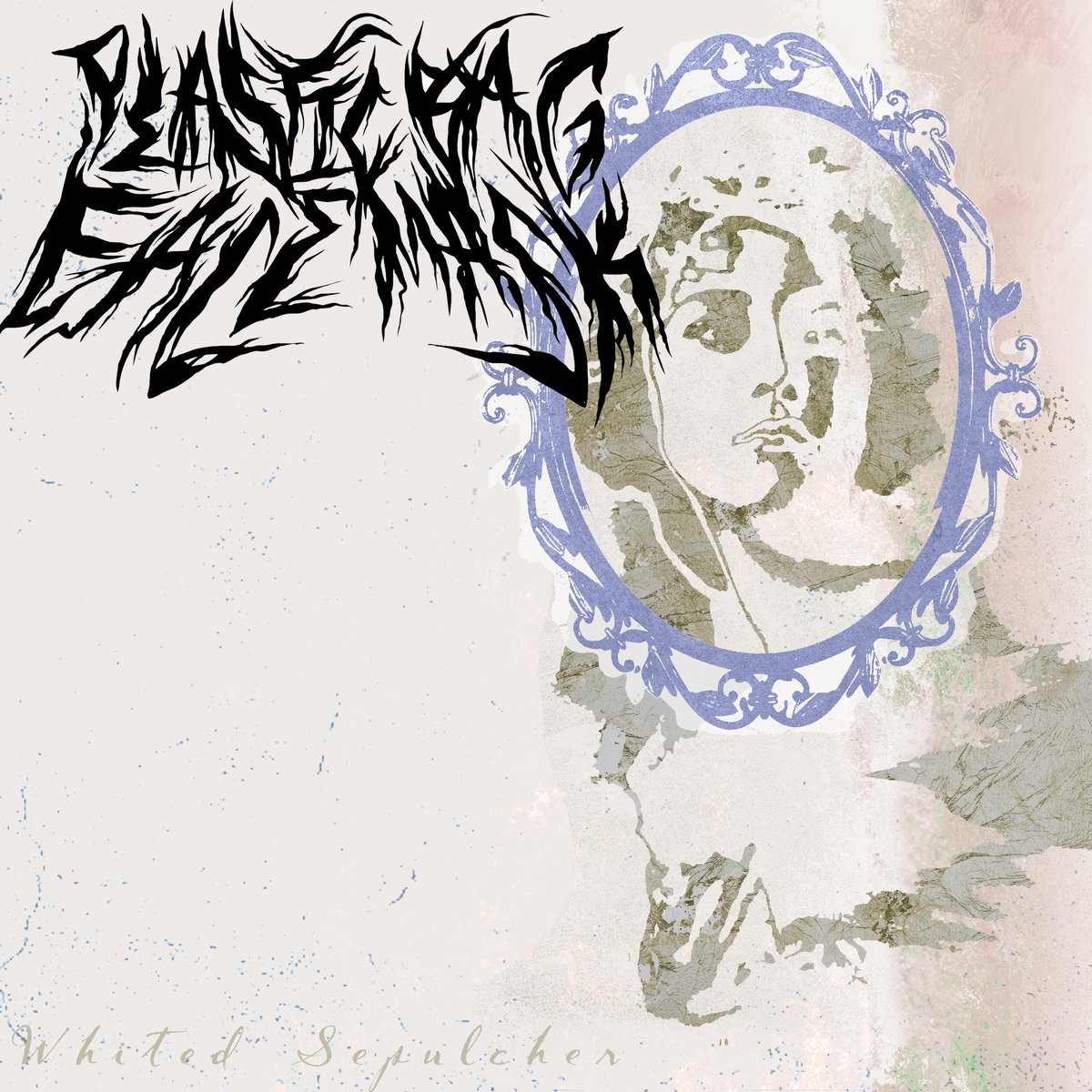 By Robert MiklosFebruary 7, 2019 No Comments

Close your doors and lock your windows, because PlasticBag FaceMask are back with some really churning tunes. Now with an even more unhinged, abrasive, relentless, and balls-to-the-wall conveyance than before.

PlasticBag FaceMask are a hard-hitting duo from California consisting of Patrick Hogan (drums and vocals) and Jacob Lee (guitars, bass and vocals) and they’ve been around for a decade now. The duo have a fairly unique take on extreme music, something I’ll get into a bit more specifically below. Whited Sepulcher was released last month and it is their 16th release. Improvements are noticeable from release to release, and their latest makes no exception, further refining the genre-defying ‘melange’ that is their style.

Whited Sepulcher with its modest run time that doesn’t even hit the twenty-minute mark definitely adheres to the old ‘good things come in small packages’ adage. Stylistically, it’s nigh impossible to accurately pin down what the band is going for, but it appears to be an unholy mix of deathcore, mathcore, noise, and grindcore. I’d like to say it’s similar to something, but I have never heard anything like this before. This amalgamation recurs across their discography with some variations, having quite an experimental attitude towards the mix and the delivery. Sometimes stretching towards never before witnessed boundaries.

Whited Sepulcher is dense even for the ‘genre’s’ standard. It’s a dynamic foray that juggles with each distinct stylistic element as it damn well pleases. On the record, just like on previous ones, there’s an underlying parodic vibe that transpires through their song titles, album titles, and lyrics (maybe, I didn’t find any, nor are they really intelligible). This is also somewhat underlined by how the title pairs with the album art (‘whited sepulcher’ is an idiom for hypocrisy). Surprisingly enough, this comedic aspect doesn’t take away from the qualities of the music, as sometimes this can happen; it’s not easy to achieve this balance. The highlight of this album in my opinion would be “Triangle!” simply because of the absolutely sick riffing going on in the latter half of the song. “Kansas: The City” is also quite the banger. The band notes that it is a song written some twelve years ago for their old band, adding a fresh ending.

The production value is probably the most noticeable improvement considering what they’ve done to date. Things definitely sound more cohesive. There’s a much better separation of layers, the soundstage is definitely better defined. Instrument tones sound much fuller and the overall recording quality seems better. Performance wise, I have to say, the high octane attitude is just as relentless as ever. It feels like the vocal delivery is even more authentic and brutal, which is fantastic.

PlasticBag FaceMask are for sure not your average deathgrind/noisecore/extreme experimental metal band. It seems that their utter disregard for the notion of genre labels is where their power stems from. Whited Sepulcher is the vicious testament to this raw energy the band seem to live and breathe. Bands everywhere in the metallic spectrum can take notes on that, as such a manner of manifestation is definitely one of the most metal things possible.