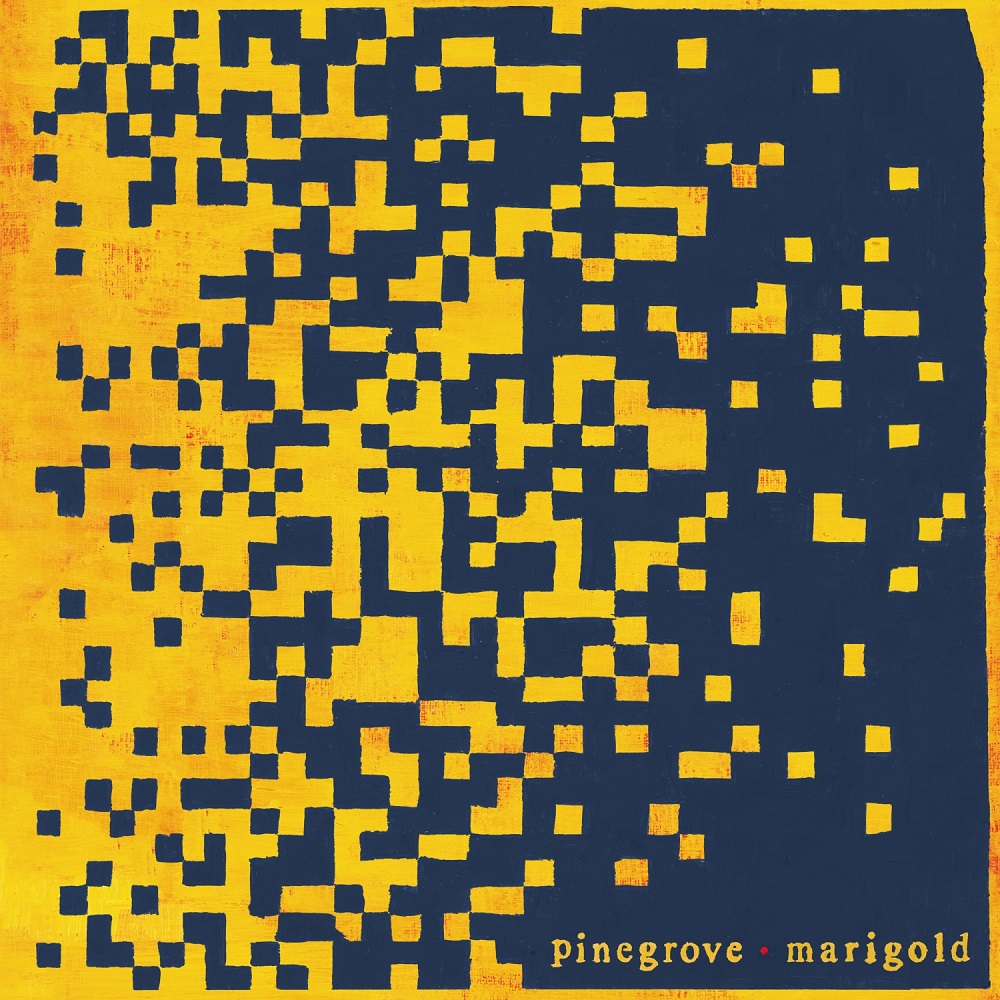 By Dominik BöhmerJanuary 23, 2020 No Comments

Warm, inviting, and at times surprisingly profound, Pinegrove’s Marigold is the first essential sunshine album of 2020.

What’s the first thing that comes to your mind when you think of a marigold? Do you think about the old superstitions connected to this little orange beauty, or are you perhaps reminiscing about times well-spent in the golden afternoon sun, with soft grass at your feet and  freshly plucked flowers in your hair? If your answer was some variation of the latter, you’re in for a treat, because the timbre of Pinegrove’s new album Marigold captures that special mood very well: it’s gorgeous, bittersweet, and energetic in ways I’ve hoped to see out of their unique mixture of indie rock, Midwest emo, and Americana again.

Beginning with “Dotted Line”, it’s immediately made clear that Pinegrove is still very much Evan Stephens Hall expressing himself through music on Marigold. The song has that same warm embrace of raucous sensitivity, that same grounded, humbling presence of American folk elements that has long since become inextricably linked to the band’s name. I especially appreciate their continued use of the pedal steel guitar, an underrated gem of an instrument I’d love to hear much more often in my soft-spoken (indie) music. Lyrically, the song continues Hall’s deeply personal, introspective approach to storytelling, culminating in the delicate balance of uncertainty and hope that’s being struck in the uplifting chorus: ‘Cause I don’t know how/But I’m thinking it’ll all work out.’

The award for the best one-liner of the album has to go to “The Alarmist”, though. ‘Marigold in the garden, my heart is out in the garbage’ – it’s memorable, bitingly self-deprecating, and effectively contrasts the album’s eponymous flower with Hall’s shabby emotional state. It’s quite obvious that Hall has once again put a lot of thought and care into his lyrical concepts. Take the album’s penultimate song “Neighbor” as another example: a somber ballad at heart, it tells the stories of three different animals and explains the profound lessons about (failed) courage, dealing with adversity, and not having to own everything you love Hall has learned from them. To me, this is Marigold at its most insightful, self-reflective, and emotionally poignant, showing just how much Hall has matured as an artist, but also as a person over the past few years.

Subtract everything that’s heavy and eerie about Earth’s The Bees Made Honey In The Lion’s Skull while dialing up the warmth and comfort that record exudes, and what you’d get wouldn’t be too far off from “Marigold”, the album’s closing title track. It’s a gently droning alt-country instrumental that’s just achingly, achingly beautiful. On any other record, this could’ve easily been the centerpiece holding everything together, but for some reason Pinegrove decided to use it as a delectable send-off instead, and they made it work. I like to think that Marigold wears its heart on its feet, candidly stepping out into the world to spread joy among those it meets along the way.

All things considered, Marigold is short, but sweet as honey. It’s in and out of your ears in under 40 minutes, but bits and pieces of it will undoubtedly linger in your memory for much longer than that. We’re just over two weeks into 2020, and I’m already convinced that Pinegrove have given us one of the essential sunshine albums of the year. There’s an almost palpable warmth and familiarity to this collection of songs that’s sure to be even more exhilarating once the temperatures start rising and the flowers begin to blossom again. If only summer could come a few months early, because right now, Marigold is making me want to gather all my friends, grab some drinks, and head out into the fields with them to make some new fond memories.