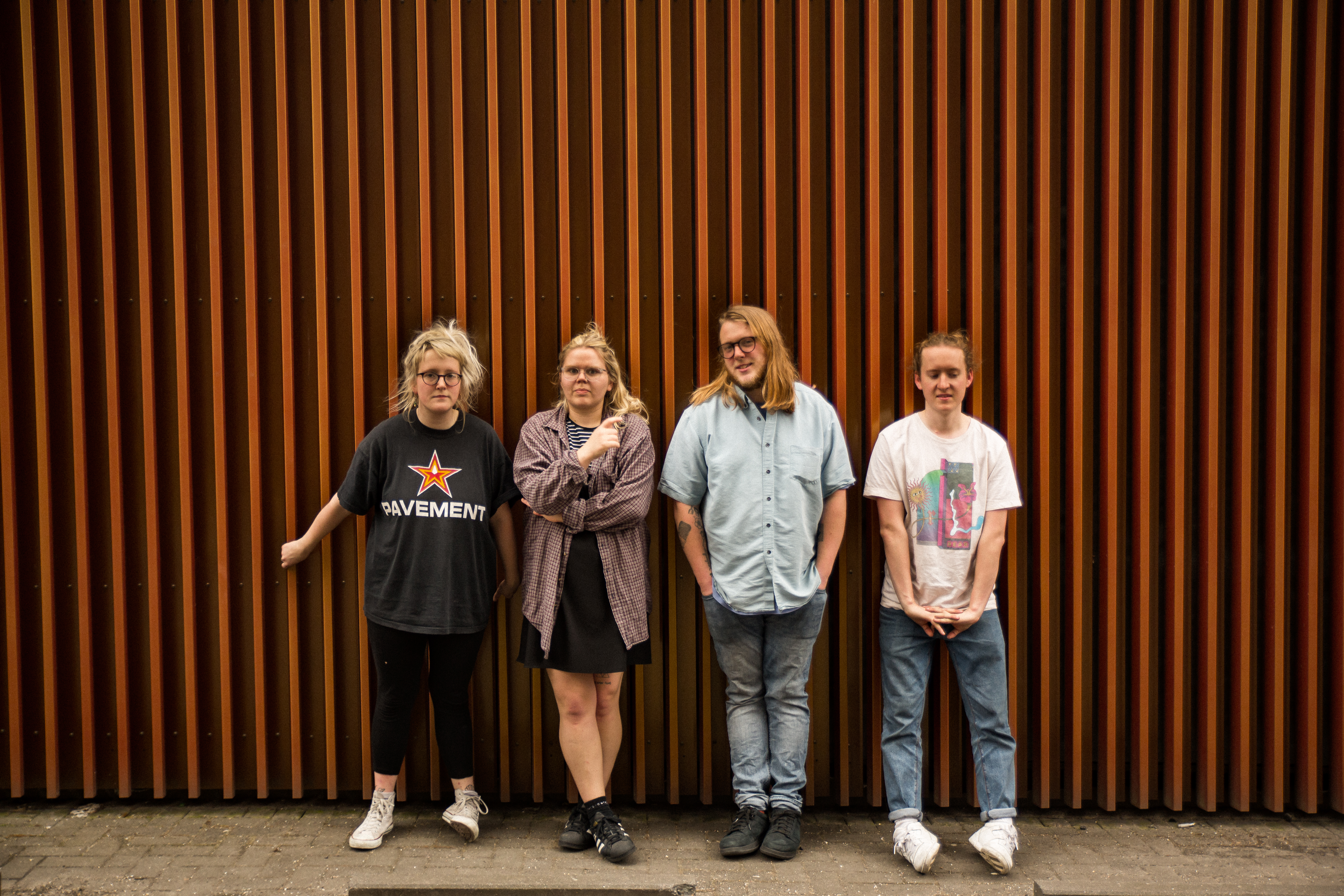 Penelope Isles – “Until The Tide Creeps In”

By Billie HeltonAugust 7, 2019 No Comments

Penelope Isles have given us an incredible Summer album with Until The Tide Creeps In. But it isn’t all sunshine and rainbows here.

From the first time I heard Until The Tide Creeps In I was hooked on it. Penelope Isles has gifted us with a wicked strong debut, blending catchy indie-pop with cathartic shoegaze in an absolutely lovely fashion. The Brighton-based quartet is just getting started but are already busy, with an already packed touring schedule to support their brand new album.

It comes as no surprise that this group is already signed and playing all over Europe. Until The Tide Creeps In gets its hooks instantly into you with the instantly memorable “Chlorine”, a poppy indie track that has been stuck in my head for a couple weeks straight now. It makes me want to go to the pool and take a swim on a sweltering day. The dreamy distortion to the guitar and bass melts into the mix like ice cream in direct sunlight. It’s a brilliant song that makes you want to take a bright afternoon drive with all the windows down.

“Chlorine” makes a great album opener for sure, but if you think that bright indie-pop is all Until The Tide Creeps In will offer, you may be taken aback rather quickly. As soon as “Not Talking” begins, you know that Until The Tide Creeps In is something more than the happy go lucky indie-pop that precedes it. This track is slowed down, with a much darker vibe than the initial offerings. While maintaining the fuzzy indie vibes, this track leans a lot more into the shoegaze side, the bright notes laced with a somber undertone.

This is the duality the rest of the album holds, bouncing back and forth between bright and poppy to dark and moody. It is done incredibly well, however. No song or transition between these clashing tonalities feels out of place, and even when that switch comes partway through a song like in “Gnarbone”, it feels natural. The shared vocal duty on Until The Tide Comes In by brother/sister duo Jack and Lily Wolter helps immensely with this near dichotomy. Jack’s moody vocals tend to be more prominent in the darker moments, while Lily’s much brighter voice accentuates the more bombastic pop.

“Leipzig” is a summer anthem if I’ve ever heard one. I don’t know what’s more catchy- the bouncing vocal melody of Lily in this track or the infectious and energetic guitar riff that amplifies the entire track to a whole new level of fun. Either way, the two of them together make for one of the most entertaining tracks I’ve heard all summer, and one that will likely be a major part of the soundtrack of the rest of mine.

Penelope Isles was a long time coming, since Lily and Jack Wolter have been sharing their love of music together for practically their whole lives. Now that they have some equally talented friends on board to actualize their dream of performing, Until The Tide Comes In is a standout example of good musicians on the same wavelength to make incredible music, and with the drive this young band has already shown I’m sure there is much more to come. If you want to listen to some beautiful Summer vibe music, but don’t mind a little rain in your day, I really can’t recommend this album enough.