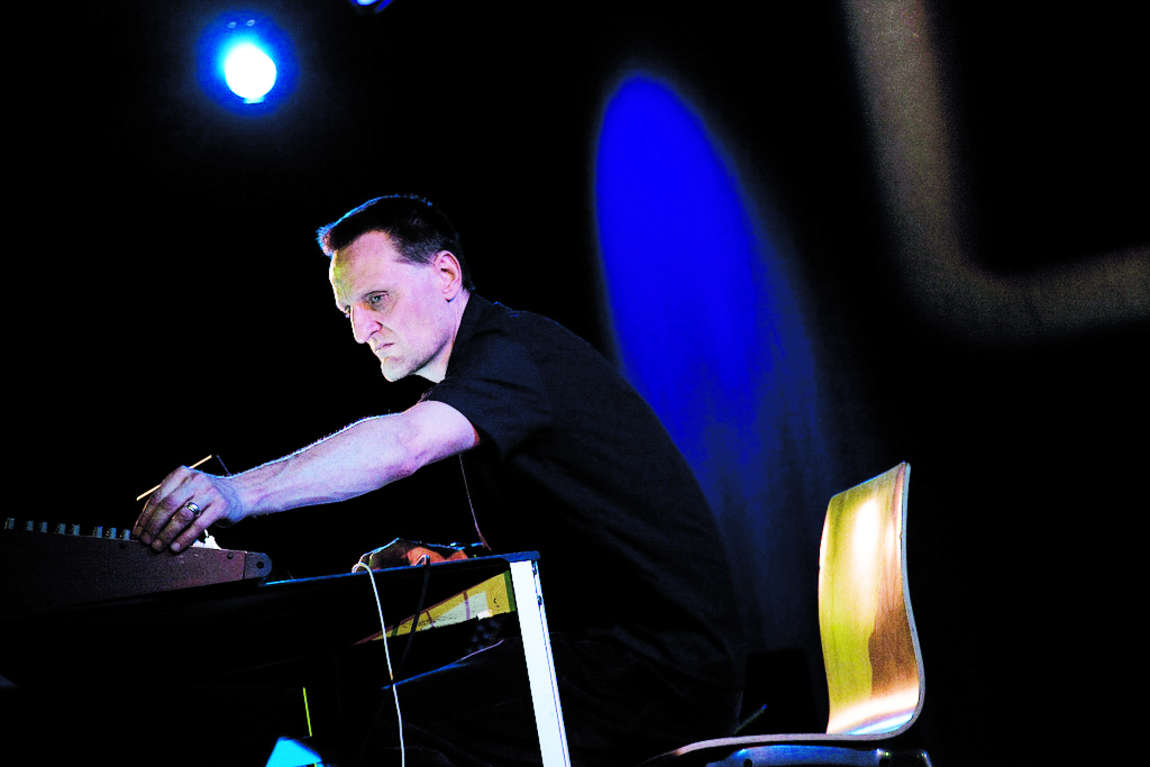 By Jake WaltersNovember 7, 2019 No Comments

On the expertly crafted A Son, Pan•American slyly gets beneath the skin with a scalpel of minimalist ambient folk that gives the listener the license to revel in their own sadness.

There’s a certain irony to ambient music. Perhaps it’s my own viewpoint, but to me it seems that its purpose is to enhance silence, with the ironic point being that it would be a lot quieter if there were no music at all. Maybe it’s human nature that requires us to be led to a quiet place, as we can’t seem to just go there at will. I think one of the great struggles of our time is getting to a place where we can find our way back to silence, and for this reason artists like Pan•American exist. This act is the work of artist Mark Nelson, who has been making music under this moniker since the late 90’s. With notes of folk, post-rock, and experimentation all mixed in a cauldron that is crafted with all of the misgivings the American midwest can muster, A Son is perhaps his finest work to date.

I received this album for review as the leaves were changing from green to their autumnal colors and the air dried out and cooled off. The timing couldn’t have been more perfect. The mood created by Pan•American is one of the most palpable I’ve experienced in quite some time. A Son‘s opening moments are the fleeting notes of “Ivory Joe Hunter, Little Walter”. It’s a few seconds under two minutes lin length, and is dominated by the echoes of a hammered dulcimer but still finds a way to quickly implant itself into the consciousness of the listener. Immediately following is “Memphis Helena”, where stripped back, lo-fi underpinnings support that slightly rasped whisper of Nelson’s vocals, which repeat, ‘I’m away from home and time/We left it all behind’. It’s a simple and haunting song that somehow knows exactly which thread to pull to unravel the listener. It’s achingly, tragically beautiful without explicitly crying out for help.

While minimalism isn’t always a staple in ambient music, in the case of Pan•American, it’s a mechanism of choice. The slight click and low hum of “Sleepwalk Guitars” feels suppressive, as if it’s holding back a dam of unexpressed emotions that will inevitably burst. This is also where A Son feels the most like my favorite Godspeed You! Black Emperor album, F♯ A♯ ∞. The space between the notes is just as effective as each one being played and the apprehensive tension is all the more escalated by the rhythmic click that never wavers from start to finish.

One of the single most brilliant moments of this album comes through on “Dark Bids Empty Fields”. Chimes slowly introduce a mild, breezy atmosphere while a rolling guitar melody plays along. Its beauty is captivating, warm, and familiar. That is, until its existence suddenly ceases, leaving the mood unresolved and leaving me gutted that the life of this song was cut short. Smartly designed moments such as this one ensure that regardless of the instrumentation used or the lyrics (if any), the mood and message are thematically cogent from start to finish. This is how you make a complete album.

Personally, I believe that embracing emotions, even sadness, can be therapeutic. Finding the depths of one’s range and grasping firmly what you find there is key to living a full, human existence. In this way, A Son is like being wrapped in a blanket of sorrow. There’s some strange comfort in the melancholy that, while never uplifting in its mood or message, is a safe place to feel and get lost in the less than happy thoughts. While the music itself is gorgeous and performed expertly, it’s this allowance that makes it something truly special.