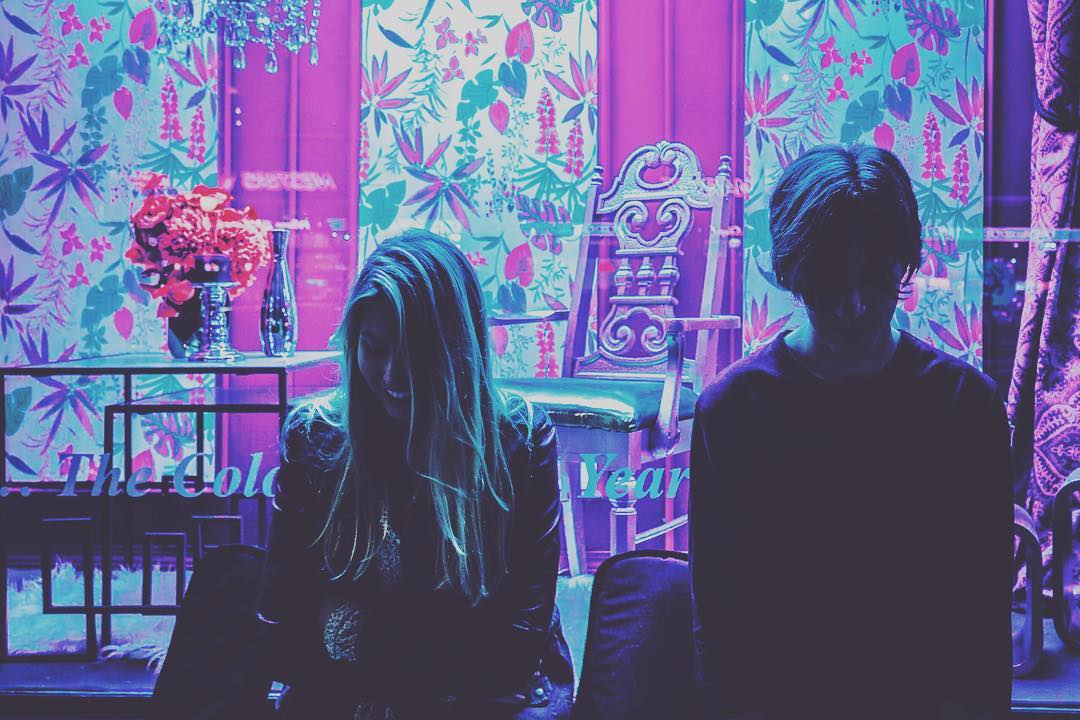 Palm Haze stand out in a sea of overabundant music with Rêve Bleu which expertly blends multitudes of different sounds to create a noisy yet dreamy delight.

Sporting some worldwide roots, Palm Haze delivers a dreamy yet noisy album with Rêve Bleu. Join me as we explore a proper method of combining genres in a smart and conducive way. Take the specimen Rêve Bleu, Palm Haze squish together a smattering of elements including shoegaze, noise rock, dream pop, trip hop, grunge, and many others. All of these different sounds, on first thought, would appear to be too much especially for relatively short songs. Alas that kind of thinking would be wrong; these songs are butter smooth. The duo hail from Brazil originally and have since moved up to Vancouver which helps with the blending of sounds shown throughout their tracks.

Dropping my strange alter ego, Rêve Bleu is a treat to listen to. As explained above, these songs pack so much into them, but still manage to stay listenable and effortless. Each track transitions into the next seamlessly which adds to the overall otherworldly quality. Anna Wagner’s vocals dish out some velvety lines, but she can also belt it out like the best of them. Fløver’s song composition blends everything so well all the while leading up to a short but complete record.

Let’s jump into some specific examples of what I’m talking about. “Stay Cool” begins with a punk-like feel with very fast-paced drumming paired with heavily distorted guitars, then we suddenly switch into a clean guitar mixed with a slower tempo drum. Anna’s serene vocals show up and she casually lulls us into a trance. Halfway through the heavy distortion mixes with the clean and we begin to slowly understand just who Palm Haze is.

“Almost Soon” begins and ends with a single drum loop which carries on throughout the entirety of this track. This song could almost be classified as post-rock because of how it slowly builds for the first four and a half minutes. In reality, it doesn’t build at all and is just a testament to how this specific songwriting can play with expectations. The overall trance-inducing quality Rêve Bleu as a whole has created is a unique experience in the listener’s mind. The ending of the track and album has the dream violently wash away into a nightmare state through use of repetition on top of an unsettling synthesizer.

To me, my favourite and most indicative part of Rêve Bleu is the intro song “Wind”. It starts so innocently, but with a mixture of something that you can’t quite put your finger on. Of course it then crashes into something much more intense all the while maintaining the surreal pensiveness only Palm Haze can produce.

Rêve Bleu blends so many different sounds, but also wears their inspiration on their sleeves. One can hear the Deftones quieter songs peaking though many of the tracks present in the record. I can also point to a few different new wave bands who are audible throughout. Whether or not this will distract you from the overall album Palm Haze has delivered, I can’t say.

Palm Haze stood out to me when going through the endless sea of music. They produced something both recognizable yet completely unique. The integration of so many opposing sounds into something so cohesive is a talent which should not be overlooked. Rêve Bleu can be played as a fun summer record or as a quiet introspective approach. Be sure to give this duo a listen.