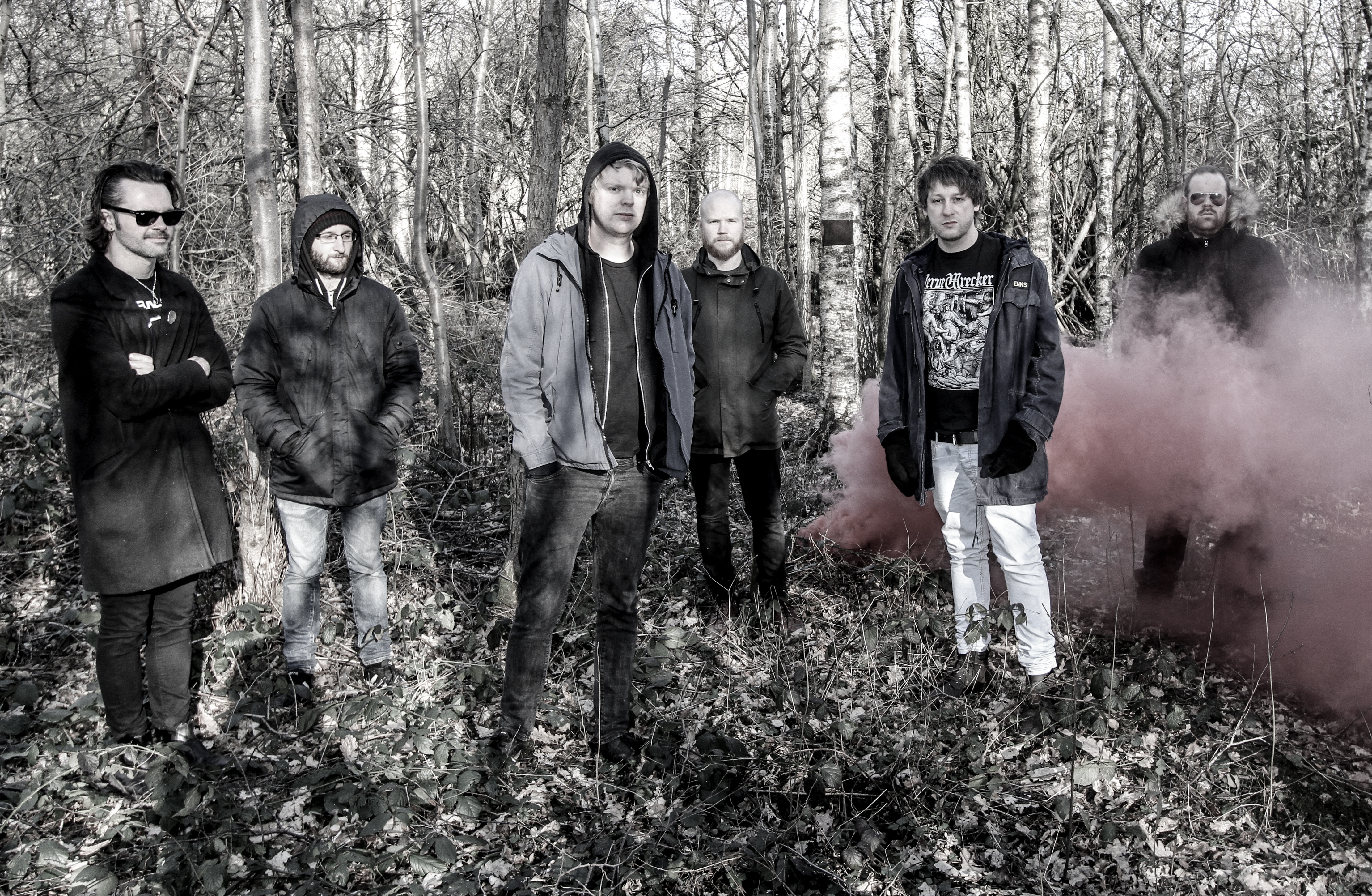 By Pete OverellOctober 9, 2019 No Comments

Opium Lord return to the fold with a crippling record, born from the pits of tartarus. Vore should not be slept on by any fans of sludge & doom.

After a four-year absence, Opium Lord return to the scene with another sludge infested record, Vore. Those four years of absentia have certainly proved kind to the band’s sound, with the new record taking their depraved sound so much further than their last record The Calendrical Cycle: Eye of Earth. From the minute go, you’ll notice a marked improvement in production, and when they really break into their craft in the second track, you’ll feel it in your chest as the thick grooves pummel you into your seat or rock you where you stand.

The Birmingham-based quintet were due to release the record sooner, but for a rocky spell with their previous label. Thankfully for us, that wait is now over, and we can now really enjoy the ferocious metal these Brummies pump out. The band themselves don’t like to define their sound, which is a fair statement considering the unique elements they use in their tracks. Their guitars are certainly tuned to the doom end of the spectrum, their vocals a despondent, raspy mix of sludge and death metal, and their grooves and atmosphere distinctly post-metal at times. Make of that what you will, I’d certainly say fans of Herod, Cult Of Luna, Conjurer, Neurosis, and Meshuggah would get along with this, such is the breadth of their appeal.

First track “WWCD” sees the band making a grand and savage entrance, with a jarring track that culls the wheat from the chaff, exposing those who might not be ready for these dark depths. With some obscene feedback loops closing out the track, you feel ready for whatever Opium Lord have to throw at you next. “Lead Magnet” doesn’t hold back in introducing the bands new and improved guitar tone, an earth-shattering groove that shakes glasses in cabinets and sends animals fleeing for the trees. This fat tone is utilised in an almost Deftones kind of riff but accompanied with excellent raspy vocals. Slowing the riff right down at the end of the song, it somehow gets even heavier.

“Centurion” has a brilliantly dystopian post-metal riff embedded within it, imbuing a sense of hopelessness in amongst the chaos of the crashing cymbals and pulsing bass riffs. Midway through the song, the bass gets room to breathe and it is staggeringly deep in tone, almost like the band recorded it on the ocean floor. You can’t imagine an Opium Lord show with a static crowd, because yet again as the band draw the song to a close, they pummel you with an obscenely heavy climax.

“Suture” is my favourite track of the record. It reminds me a lot of one of my top records of the year so far – SÂVER‘s They Came With Sunlight – because the track makes you feel highly uncomfortable, over and over with noisy segments, before slapping you back to the ground with crushing grooves layered with dark post guitars in the background to turn the oppression up to ten.

Each song up to this point has been objectively different from each other, imbuing different moods in the listener, making them move in different ways and most importantly, keeping their attention locked into this powerful record. Vore‘s debut single “Sherwood Is Connector” continues this theme, dialling into a more experimental sound from the band, and reminding me of another poppy seed-named band – Opium Eater, who used contrasting segments that vary between the feedback driven experimental sections and the furious groove sections. Each time I listen, I stay hooked, a sign of exceptional songwriting.

Closing out the record is their latest single “The Gift”. Opium Lord decided to finish it up with an absolutely titanic track, that throws boulders of sludge at you from your speakers. The disorienting guitars used throughout the whole middle section throw your mind all over the place, with the dual vocals playing off each other nicely to compliment that effect. The album is a nicely compact forty minutes, and in my opinion, it is the perfect length for music that rips as hard as this. The band are able to showcase all of their depraved ideas within the seven tracks, and any more might’ve made it too much, or made you forget the awesome motifs from earlier in the record. Certainly, this is one of the top doom/sludge records of the year, and it’d be a shame if you were caught nodding off, and miss it all together.