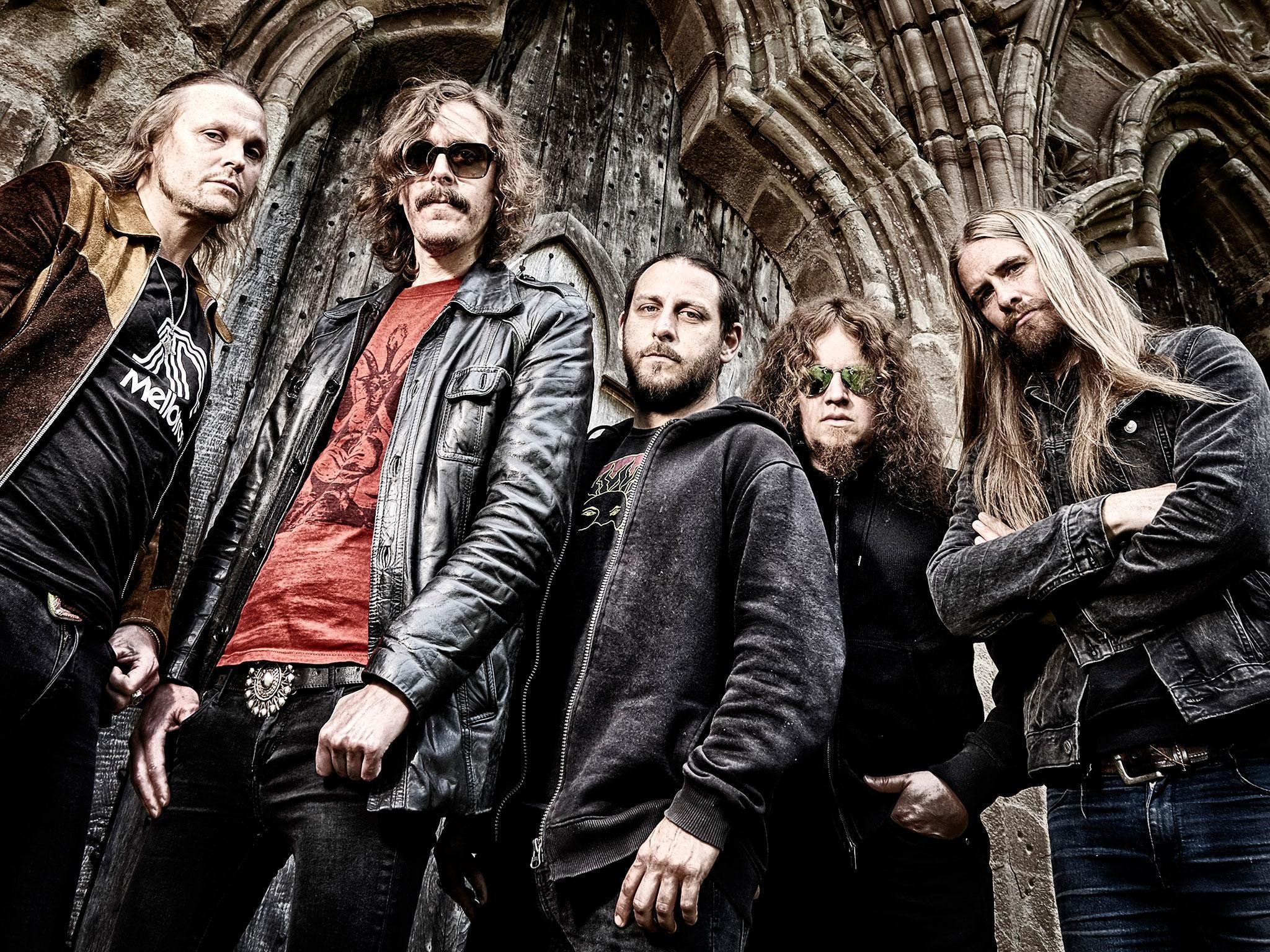 By David RodriguezSeptember 20, 2019 No Comments

Opeth make good on their reputation of being one of the best progressive bands in the business by turning out a surgical, calculated album that’s dripping with their signature sound – only it’s better than ever.

Opeth. That’s it, that’s the intro.

We’re 13 albums deep into a band that’s literally as old as me. Their reputation often precedes them, but to at least preface what we’ll talk about today and perform my due diligence as a ‘journalist’, Opeth are a band that’s monstrously popular and respected within the progressive and extreme metal communities. It’s almost to their detriment – being as big as they are comes with a special kind of engagement with fans and non-fans alike. I mean, how often have you heard someone comment, earnestly or not, ‘will Mikael ever growl again?‘ He still growls, y’all – have you seen him play live? Anyway, onto the reason that made Opeth who they are: good music.

To get right to it, yes, Opeth are still prog as hell here. No, Mikael Åkerfeldt doesn’t growl on this album. What In Cauda Venenum shows is Opeth finally honing their prog rock side, providing us with a laser-etched piece of art that will likely go down as the band’s best album this decade. Gone is the uncertainty and middling nature of Sorceress, purged is the initial shock and looser grounding of Heritage, and missing is the…uh, actually, there wasn’t anything really wrong with Pale Communion to me. I love that album. Is In Cauda Venenum better than Pale Communion? Maybe. Only time will tell, but it does come off more fully realized and arcane than the 2014 album, or maybe any Opeth album ever.

You know how some music just sounds like a color? In Cauda Venenum is profoundly dark amber to me. There’s such an autumn-like aura to this album. Maybe it’s the album art, or probably because Opeth have always skirted this line between beauty and death that would be problematic in many other artists’ hands. They masterfully direct this energy and vibe as if they were the sole creators of it. Now that I’ve used the words ‘aura’, ‘energy’, and ‘vibe’ in the same paragraph, I need to redeem myself by talking about the music itself.

You can tell from the eruptive beginning of “Svekets Prins/Dignity” that there’s something special about this album, something divine. As the music plays on and the songs run their course, it’s something that stays deeply entrenched within each track, but something corrupts it from the outside, signaled by some tonal changes like in the end of the aforementioned song, which shows a chilling turn. It offers a grey overcast sky to complement the crunching of autumnal leaves beneath your feet, a knife hidden in the cloak of a ne’er-do-well with a cheshire grin. Something is off with this album. 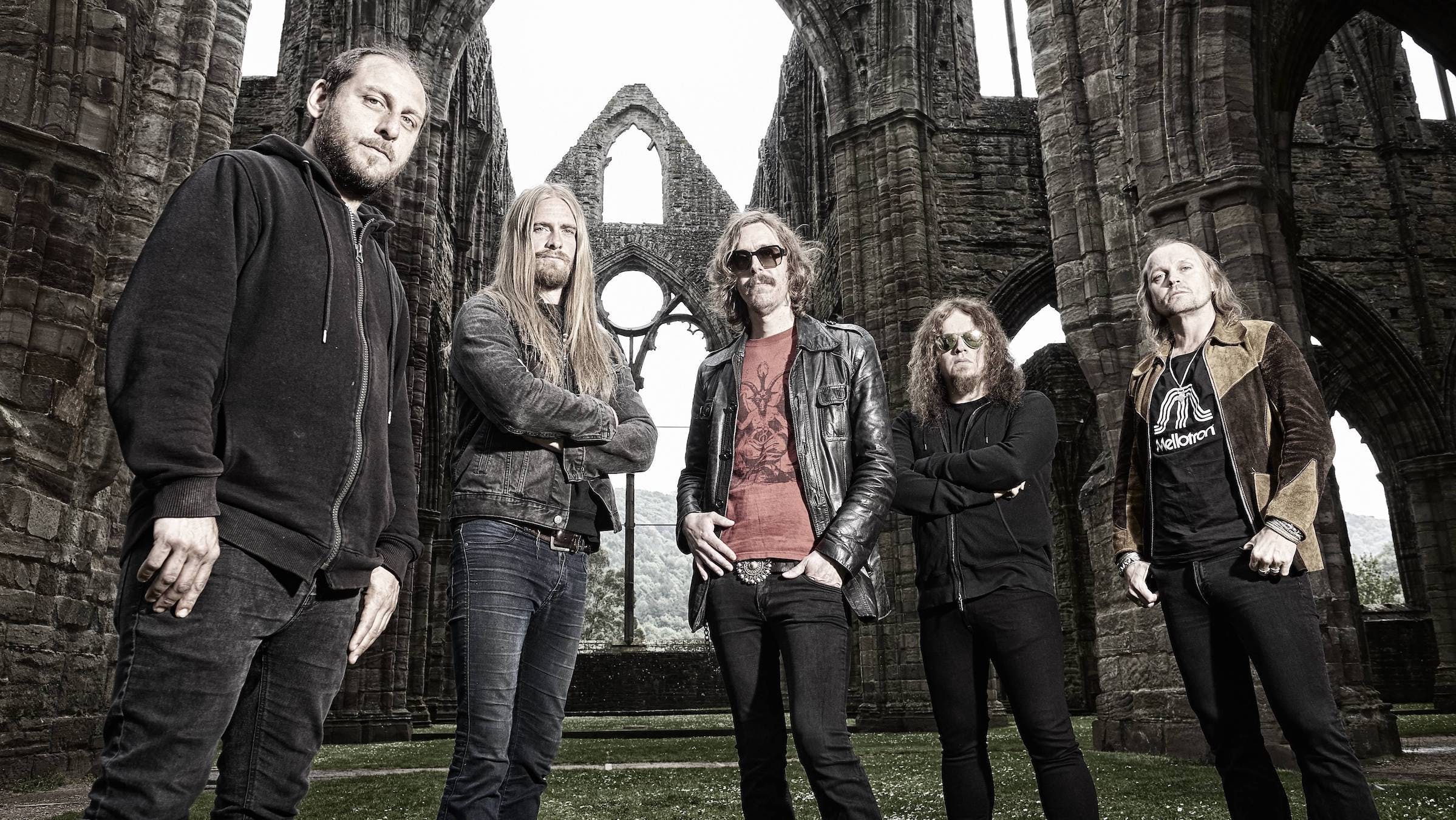 The title is the key here: In Cauda Venenum, or ‘the poison is in the tail‘, shows the contradictory nature of things; the majesty of things is often undermined by the apparent danger they pose. The whole album portrays this effectively with songs like “Minnets Yta/Lovelorn Crime” and “Charlatan/Charlatan”, the former dominating with a slower and lighter tone complete with shimmering keyboards and a crooning Åkerfeldt. The latter, however, is one of the heaviest and busiest songs on the album, foregoing the light atmosphere for a tense one, anxious keys strewn about the track’s relatively short runtime. There’s even a jazzy lilt in “Banemannen/The Garroter”, with the instrumentation taking on a bouncier personality. Piano and bass lead much of the song until we hit a solo where vocal melodies harmonize lock-and-step with a bluesy guitar that’s very Pink Floyd-esque.

Many battles are waged within the walls of Opeth‘s music, but none so intimate or as broadly dangerous as what this album offers. I picture much of the soundscapes here as being the soundtrack of a Victorian-era struggle, with many characters covering all facets of life and society, framed by both the comparative simplicity of living in that time and also the peril aloft in a story like the one implied by the band. Vaguely supernatural yet explicitly sinister, the quintet is always keen on crafting music that’s charmingly aged, introspectively downtrodden, and steeped in profound pain. It’s no wonder Åkerfeldt and Steven Wilson are such good buds, though where Wilson operates in a grounded reality seasoned with the daydreams of a cynic, Åkerfeldt and crew imbue their art with a magic that’s impractically hard to pull off. Lesser bands would sound cheesy or hackneyed; Opeth have basked in dark melodrama long enough where when they stare into that abyss, the abyss yields to them.

I guess I should take time to address what many fans are aware of with this album, and regardless may impact how you explore it. So, it was written by Åkerfeldt first and foremost as an album in his native Swedish, a first for Opeth. This was a conscious decision made early on, and it shows, but there is obviously also an English version. The two versions are identical in all but lyrics – a lot of the metering is even the same, which ensures melodies and harmonies are upheld between the two versions. Even with Åkerfeldt writing and singing in English for decades, there’s a unique splendor to be found in Swedish, and for that reason, it became my preferred version. Really though, it’s just going to come down to this: would you rather fully understand the lyrics, or are you a purist that wishes to experience things as they were originally intended, with a dash of mystique to it all? Either way, I commend Åkerfeldt and Opeth for giving fans a choice, which surely added a lot of work.

Really, this could have been a lot worse, but I’m finding it hard to place any way in which In Cauda Venenum could be better. This is Opeth now – they’ve always been this way. The main difference now is a reverence for maturing their newer direction into what could easily function as a swan song, a monolith to themselves and the sound they helped popularize. I hope it’s not their swan song, but I see this album as a triumph, a final act of adoration toward the art they’ve created for nearly three decades. Opeth are who they are because they’ve always had a bigger picture in mind, and this is a formative snapshot to complete their scrapbook, a uniting piece to the puzzle that shows a full picture of who they are. Standing alone, this is just an incredibly hard to beat album that plays to your emotions, chills you, and is truly larger than life. No one but Opeth could have pulled this off.