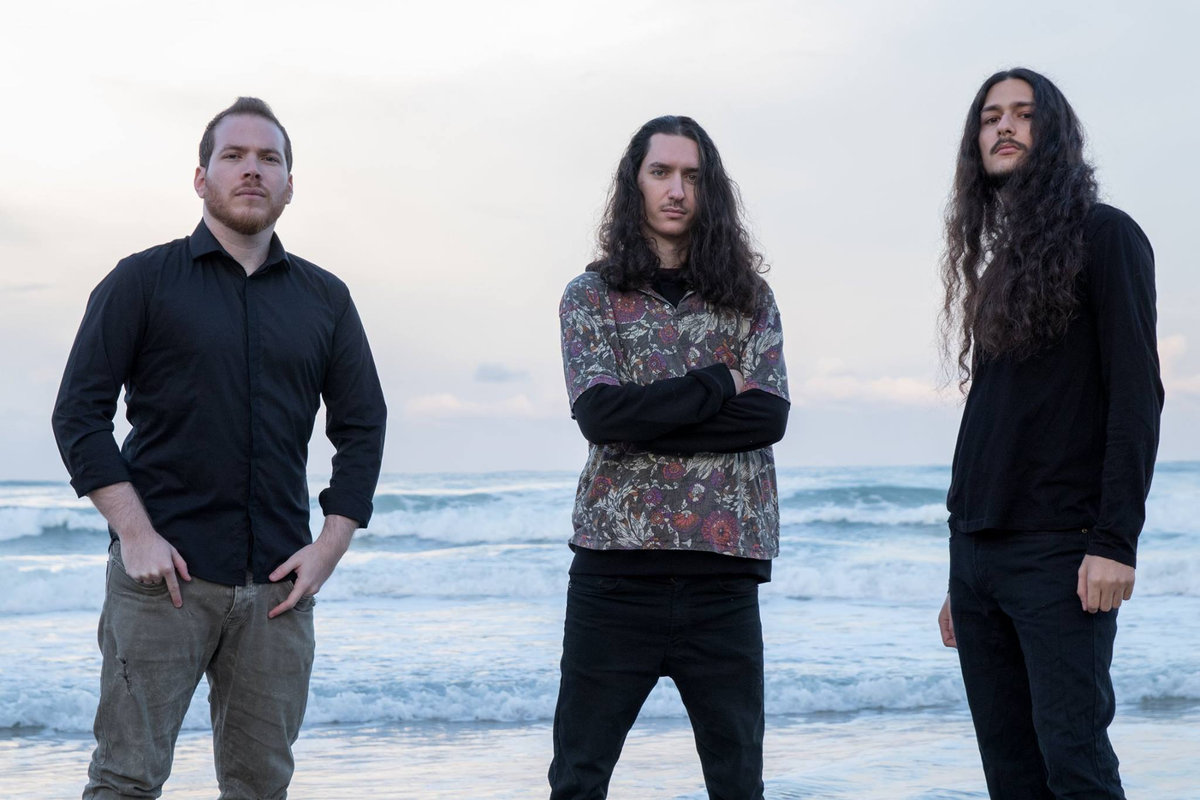 By Robert MiklosOctober 1, 2019 No Comments

Pillars of Creation, as its mystical cover suggests, is a sprawling epic that takes you on a journey that won’t be soon forgotten.

Hailing from Israel, Obsidian Tide are a very promising trio of musicians. Oz Avneya is the founder of the group; he plays guitar and performs the clean vocals. Erez Nadler handles the percussion, along with programming and some of the recording duties, while Shachar Bieber plays bass and performs the harsh vocals. Pillars of Creation was mixed and mastered by Jamie King (Scale the Summit, Between the Buried and Me, The Contortionist, Canvas Solaris and others) and features quite a few guest appearances. These include Mike LePond on bass, Omri Abramov on saxophone, Danielle Sassi on flute, Yuval Gur on violin, and Nitzan Habler on upright piano.

Pillars of Creation is the band’s first full-length effort, and it delivers upon the promise (and the expectations) set by its predecessor Debris, the band’s debut EP. It’s an album that’s been thoughtfully put together, especially considering that it is a concept album, telling the tale of a man who goes on a journey to enlightenment. On his journey, this man witnesses transfixing stories and learns of shattering truths. He ultimately makes the decision that following his conscience is the only way to go, and this choice changes everything.

The album quite easily deserves to be called a proper piece of progressive music. With such depth behind it, how could it not? Upon delving into it we see that musically, it lives up to the moniker in full. Pillars of Creation does not shy away from blending together all sorts of textures and sounds to give contour to every step of its journey. Stylistically, it’s nigh impossible to clearly pin down Obsidian Tide‘s sound to any particular genre/sub-genre. While at a first glance anyone would naturally say that this is a progressive death metal record, there are literally tons of subtleties and overtones that are carefully spread out to avoid such straightforward categorization.

There is a strong Watershed-era Opeth vibe that shimmers through in certain riffs and chords. It’s most noticeable in the way some of the acoustic segments land before or after some of the death metal sections. Even so, Obsidian Tide manage to retain a clear sense of identity throughout their use of elements that influence them. The seven tracks  the record is comprised of may be eclectic in their arrangements, but come together as one organic whole when putting things into perspective. Each song builds incrementally upon the previous in such a way that changing anything would completely alter the established balance. This build-up leads to “Magnanimous”, the longest song and the album’s majestic coda.

Obsidian Tide also manage to strike a great balance between intricate song structures, technically proficient execution, and authentic expression, thus bridging gaps that very few manage with such elegance. “Hireath” is probably the best example of this particular trait, as it traverses a large spectrum of sounds while retaining a cohesive narrative that is engaging and emotionally charged. “King of a New Realm” also adheres to this characteristic, showcasing in small increments a little bit of everything that goes on throughout Pillars of Creation.

The sterling production enhances every segment to a nearly magical degree. Just as there is pounding grit during the metal parts, presenting them in the right light, so do the acoustic parts ease the listener into their mellow frame. As such, the more texturally driven post-rock-tinged parts create a deeply immersive mood. The transitions benefit most from this refinement of the sound, since there are many of them scattered in between, and sometimes they are quite abrupt.

Pillars of Creation isn’t just an album, it’s an experience. Obsidian Tide manage to tap into the virgin potential of what progressive music is at its heart – a different musical universe altogether. I rarely (and rather unfortunately) find myself dishing out such words, and man, am I happy to finally be able to do so! Pillars of Creation literally has a little something for everyone somewhere inside its songs, and just a little more to top it off. This is a highly rewarding listen for anyone who is ready and willing to invest the time.