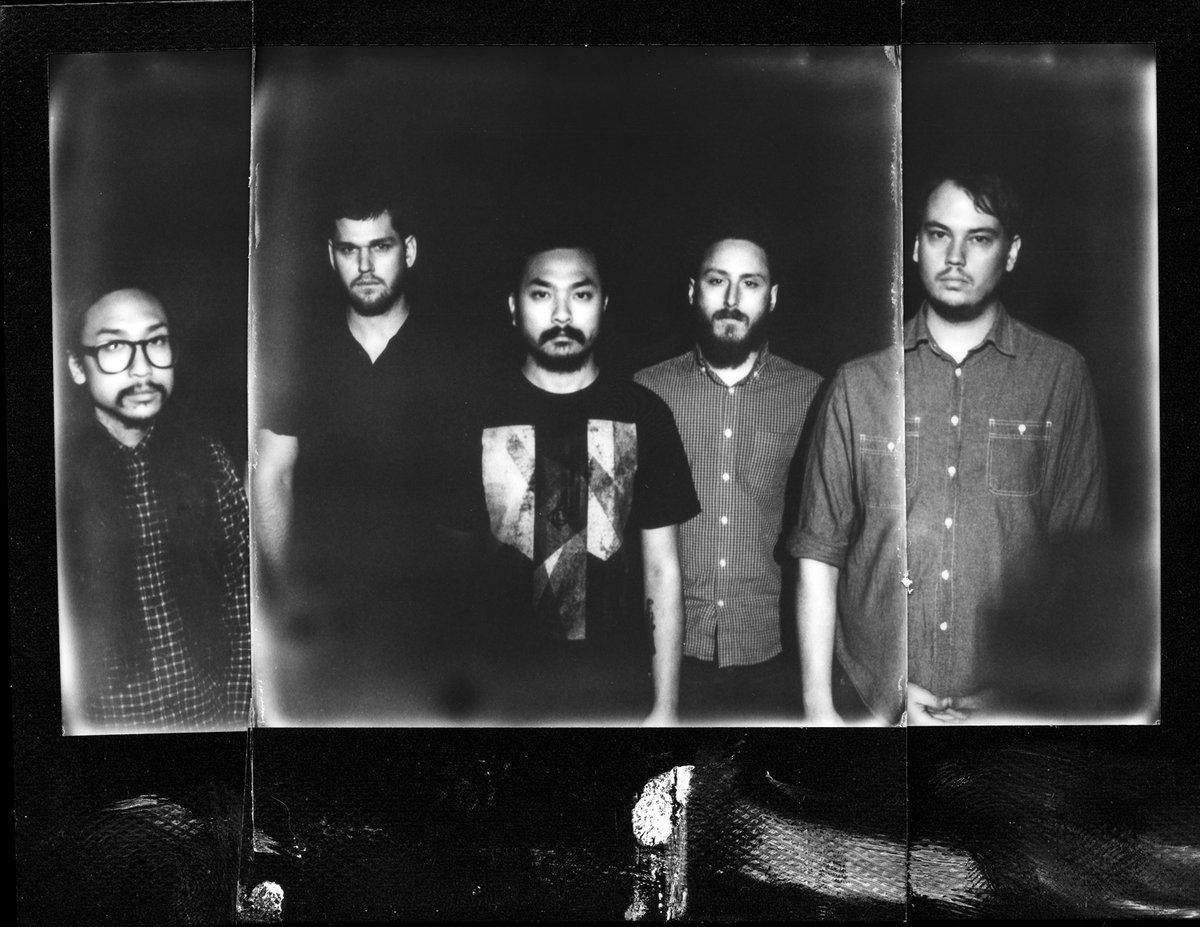 A murky, marvellous wander through distorted ambience awaits all who explore the foreboding ferocity of o’brother‘s latest outing, You and I.

Before I proceed, set this album to play on repeat the first time you listen all the way through – I shall explain why later. For the uninitiated, o’brother specialise in a tango of melancholic brooding; sometimes dainty, others a dirge. I was first drawn into the Georgia quintet’s dark dissonance when I happened upon the crushing intensity of “Context” being performed as part of an Audiotree live session. This album has a markedly different sound, yet still oozing the sombre, the menace, the uncertainty. The most notable difference for existing fans is likely to be the increasingly prominent synth presence that forces its way to the front from to opening moments of “You and I (Intro)”.

Forewarning: if you are coming to You And I expecting nothing but crushing heaviness you are a) missing the point of o’brother’s desire for ongoing artistic growth, and b) going to want to head for the rough and ready “Halogen Eye” to get your fix. It provides that visceral aggression they achieve so effortlessly. Enjoy it though, as appearances of distortion-riddled venom only mark around a third of the album’s outpourings – in no way a criticism from where I stand. Instead, it plays out like a slower, more ambient Thrice (see lead single “Killing Spree” below).

You and I‘s textured journey retains the tone that many love about o’brother. A record musically and lyrically rich with dark intoxication; eerily warping perceptions as you listen to it. It’s the kind of record you can spin on a perfect blue-sky day and will oddly have you craving clouds. “Soma” captures this eloquently, steeped in its layers of misdirection and mystery. Piano, foreboding strings, and finger-picked acoustic guitar all play recurring gloomy roles across this track – and most others on the record – on this occasion building to a satisfyingly lumbering crescendo.

Expansive notes ring out on “Slipping”, accompanied by electronic beats and a whispering, almost ethereal vocal delivery. Everything seeps outward like ink droplets in clean water, and the harmony-laden lyrical repetition ingrains itself long after the threatening synth of “Locus” has begun. This in itself is a beautiful track, packaged with rich piano that chimes through the synthetic drone encasing it. The drawl of Tanner Merritt’s voice bursts to life at its close, matching the energy of the track’s other layers as he audibly pushes the limits of what his lungs can muster.

These powerful finales are peppered throughout You and I, accompanied by numbers like “Black Tide”, that embodies the titular theme like a storm brewing in the distance. Dynamic and disjointed guitar conjures images of a rusted ship left helpless to the waves, ultimately consumed with the arrival of pounding drums and eerie wails like ghosts gone down with their vessel.

However, the biggest pools of darkness are saved for the album’s final quarter. From the patters of rain that introduce “Spill On The Carpet”, we’re invited to meander through dark chord progressions and atmospheric tremolo that pans from side to side, as cymbals dance hauntingly. It casts shadows and shapes, generally demanding your undivided attention with a tangible unease that is bolstered by the fact that it never fully explodes; even though you come to anticipate it desperately.

An almost Muse-esque “Leave Me Out” continues our downward spiral into the black – a slow behemoth of a song packed with more ghostly choral presence and vintage pianos that taunt from among the distortion and guttural bass. And then a startling musical reflection of the opener draws the macabre experience to a poignant close. We end where we began in a sense, but this is not the same. You as a listener are not the same. You become acutely aware of this as the final keys play in a near note-perfect loop bridging back to the very start; a plausible metaphor for the fact that each of us may feel stranded at times, inhabiting different points along life’s road, but we can often forget that the commonality of the journey binds us.

The immersive appeal of You and I is heavily weighted in favour of its sonorous low-end and ambient gloom. When you revisit o’brother‘s previous efforts though, this should come as little surprise. You and I is merely the latest incarnation of an ongoing transitional process, and an impressive one at that. Bearing a more mature sound, it’s a wonderful example of a band progressing and evolving, without losing the signature elements that have established a faithfully strong listenership over the years. Long may it continue.