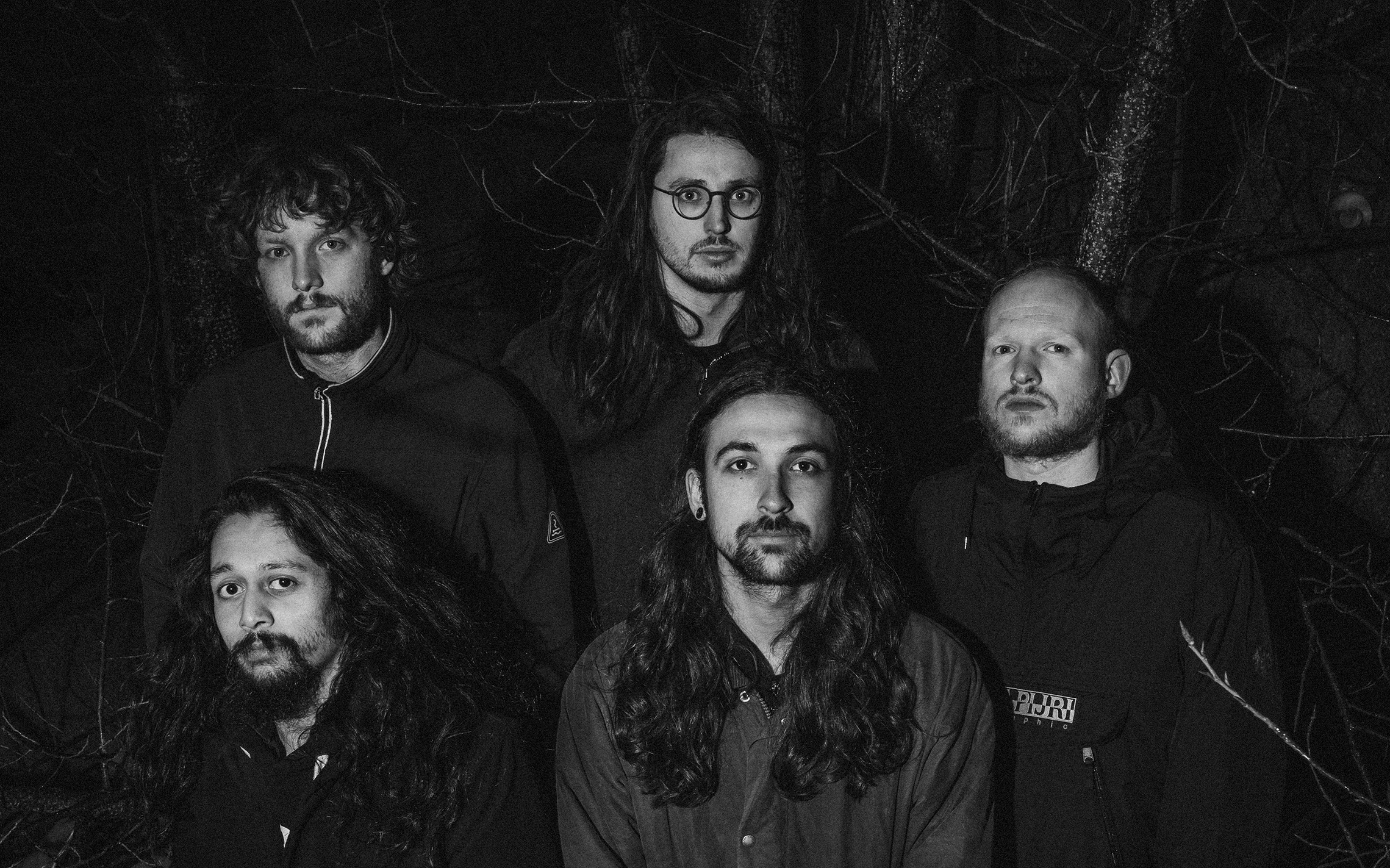 Throwing Bricks’ first full-length album, What Will Be Lost, is set to release on May 15 via Tartarus Records. Today, we have the great privilege of sharing an exclusive stream of it with you, and trust me, you won’t want to miss this.

The Dutch five-piece don’t fit comfortably into one genre; it would be easy to just label them sludge, were it not for their evident love of black metal guitar lines, hardcore drumbeats, and occasional post-rock sections. What Will Be Lost spans all these different styles with ease, keeping the listener captivated to the extent of its duration.

Throwing Bricks formed in 2011, when guitarist Marius Prins and vocalist Niels Koster decided to start a screamo band with a hardcore punk approach. Being from a city where the local heavy music scene focussed primarily on beatdown hardcore and progressive metal, they found it hard to find like-minded people. The band explain that ‘various members left and joined, but with the addition of Bart van der Blom on drums and Jesse Stey as the second guitarist things began to take off a little more.’

A move to the more musically vibrant city Utrecht and bassist Jordi van Putten joining the ranks saw an expansion in the band’s sound, including influence from black metal and sludge. Throwing Bricks explain: ‘we grew older, got interested in a lot more music genres and started to play slower songs with a lot more punch. We didn’t have a plan for our sound to go this way, it evolved with our own expanding music taste’. However, they haven’t completely turned their backs on their initial sound, and add that they still retain the ‘hardcore intensity of the early days’.

Metal is quite a saturated genre these days; new bands are popping up all the time, new albums get released, it’s getting harder and harder to write riffs that sound original, and it could even be argued that the genre of metal is reaching a kind of saturation point. Throwing Bricks offer some insight into how they try to keep their music fresh.

‘Our band obviously gets influenced by artists that are around right now, we think it’s impossible for that not to happen. It’s what you do with that influence that makes the difference. Coming up with new riffs and ideas in a very saturated musical landscape is always hard. However, we come from different places musically and play other genres in other bands and projects too. When we put our individual endeavors together, something unique comes up. We keep each other sharp; if a musical idea sounds too similar to another band, we switch it up or toss it away… we don’t try to reinvent the wheel, we try to upgrade it.’

Playing live has a huge impact on how Throwing Bricks craft their songs. Even though the band’s sound has changed over the years, they feel the way they approach shows hasn’t; they aim for all songs to ‘give the same cathartic experience on a record as they do on stage,’ which results in some songs not making the cut.

This attitude can be heard all throughout What Will Be Lost, manifesting itself in the relatively simplistic production style, and the huge focus on serving the riff. Each track is distinct and serves a different purpose, whether it be laced with moody and clean guitars, ferocious fuzz, or blast beats. Getting into the specifics of What Will Be Lost, Throwing Bricks elaborate on the album’s themes:

‘We chose this title because, for the most part, lyrics on What Will Be Lost deal with the fear of loss. Whether it’s a person you love and care about, losing face, or losing a possession, we all know the feeling of losing something or someone. It leaves a permanent mark on our lives.’

The album’s artwork further underlines this concept. About it, the band say, ‘we like to think the combination of black and white and the somewhat ‘decomposed’ face on the front cover fit the album title and its themes nicely.’

Even though What Will Be Lost was recorded at the beginning of last year, the current pandemic has thrown off the band’s plans for live shows. The band agree that they are disappointed about not being able to present the songs live in the wake of the album’s release; even though they’ve already played them live, they state that ‘doing this to people that have actually heard the record from front to back is a completely different experience. However, we think What Will Be Lost fits this pandemic pretty well. Its dark, brooding and intense sound can hopefully give people some comfort in this lonely, isolated times.’

These are certainly heavy times, and sometimes, heavy times need a heavy soundtrack. Of course, even just within metal, the term ‘heavy’ has a different meaning to every person. To some, blast beats and tremolo picking are heavy, while to others, it’s the crushingly slow deliberation of drone-doom. Whatever your predilection in this regard, you’re bound to find it within the harrowing world of What Will Be Lost. From its brooding opening track, through the frantic viscerality of “Constant Failure”, the unnerving simplicity of “Ceremony”, right to its apocalyptic conclusion, What Will Be Lost is just that: heavy.

Don’t miss your chance to pre-order What Will Be Lost through Tartarus Records here, and make sure check out Throwing Bricks’ previous releases on Bandcamp. You can also follow them on Facebook and Instagram.