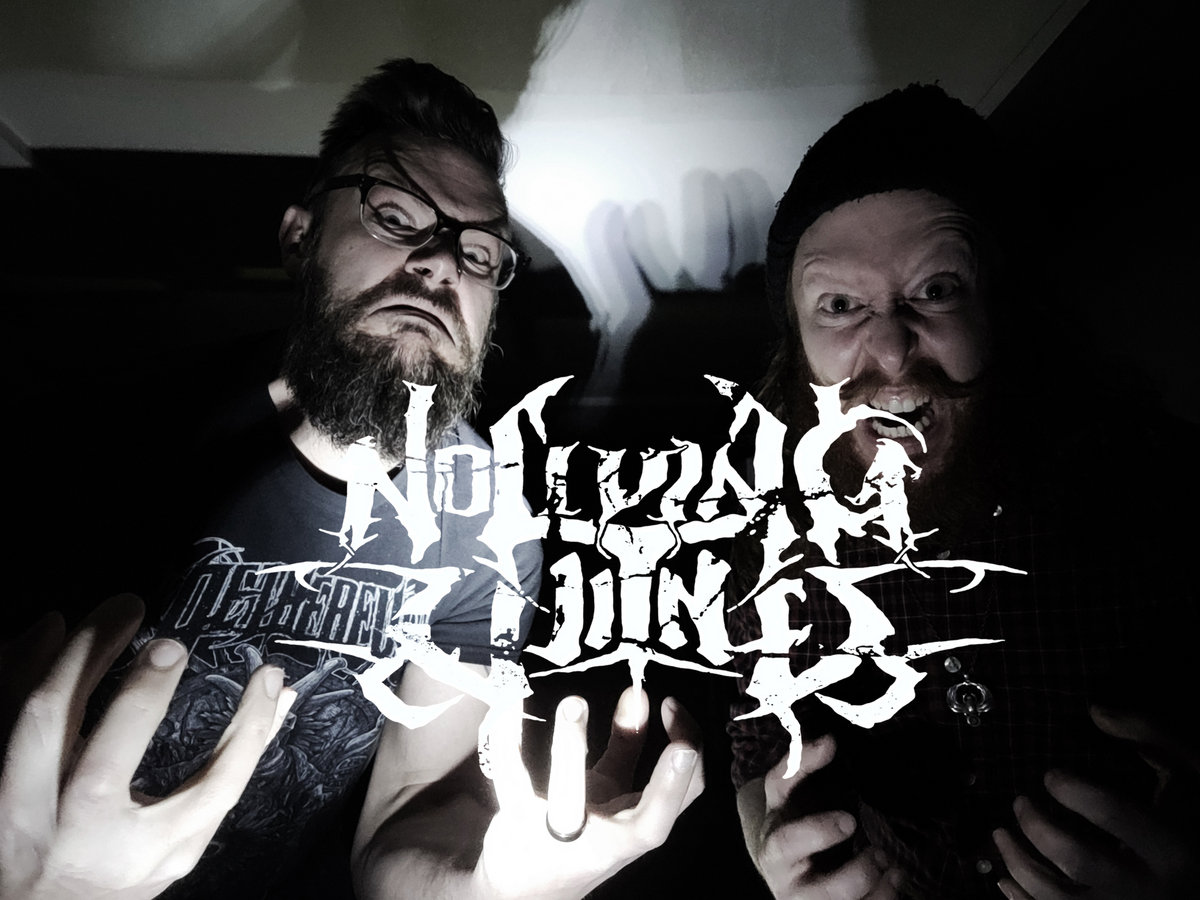 No Living Witness‘s Cosmic Simulacra is here to satisfy your prog death needs, but with melodic and blackened edges.

I’m absolutely ravished by this year’s mass of death metal that’s solid or more than that. The progressive segment of that has already delivered some amazing things and the list keeps growing. While today’s example isn’t anything like a masterpiece, it’s definitely a solid record. No Living Witness have completed their third album in nearly a decade of activity and Cosmic Simulacra clearly shows signs of maturation and evolution. I think it’s quite impressive to see a duo perform with this level of intensity.

Cosmic Simulacra isn’t brief per se, nor is it too long. Spanning 46 minutes and diced into eight tracks, it seems to fit a standard in terms of size. Oddly enough, some segments seem to feel a bit longer than they are, while others feel like they could’ve been longer. For example, “Dark Moon” could’ve benefited from some extra ideas in that vicinity thrown into the mix. Having some more of that would have surely made for a more compelling contrast within the whole affair. It also seems to be basically the intro to “Sailing on a Cardboard Sea”, so I’m not really getting why it wasn’t part of it. Maybe it was wanted as an interlude of sorts?

The aforementioned “Sailing on a Cardboard Sea”, along with the album opener, “Discarded Ember from the Universal Flame”, showcase what is my main gripe with the record. There are a lot of ideas thrown around. That’s a sign of creativity for sure, but it’s also a sign of indecisiveness and lack of unity within the artistic vision — mainly due to the way said ideas are thrown around. Most of the time it just feels like the songs go from one thing to another without any established flow or some kind of narrative sense. It’s not chaotic enough to call it avant-garde, nor is it orderly enough to call it progressive in a classical sense. So, it’s neither?

No Living Witness’ heart is definitely in the right place. I can see kind of what they were going for, but probably got carried away by excessive zeal. Maybe such an ambitious idea got the better of them. I do applaud the courage to delve into something like this, prepared or otherwise. A lot of bands would rather put out the same thing over and over instead of taking a risk. I also believe in the group as far as their future endeavors are concerned. The reason for this is simple — “Words Once Written”. That song is an absolute fucking banger. It’s quite simply the zenith of Cosmic Simulacra and no one can tell me otherwise. The song is tight, cohesive, flows neatly, epic, and most importantly, it basically showcases all the band’s strengths on every possible level. I think I listened to this track alone more than to the rest of the album combined in preparation for this article, haha.

I think that maybe my biggest issue with the record is the production. Things are generally murky, there are just too many layers thrown around and too little clear separation between them. The instrument tones feel somewhat generic, although that’s not really an issue in this case. Also, the record feels far too quiet for what it wants to be. I really had to crank the volume on my system to actually hear it properly. It may be futile to point this out, but the production also feels very linear, like it makes some parts of the album easily interchangeable, especially where a lot of stuff is going on.

In spite of its apparent flaws, Cosmic Simulacra is still a fun ride and clearly a brave experiment for the band. The sheer amount of ideas thrown together makes for an engaging experience despite this having its drawbacks. Cycling between modern progressive metal, melodic death metal, and black metal is definitely not a first, but it’s not a common choice the way the band does it at any rate. No Living Witness show us that they are quite talented, and obviously very passionate and determined, even if they may be lacking on certain ends. I firmly believe that all of my qualms illustrated above are mere details which can be improved upon given time, in the grand scheme of things.