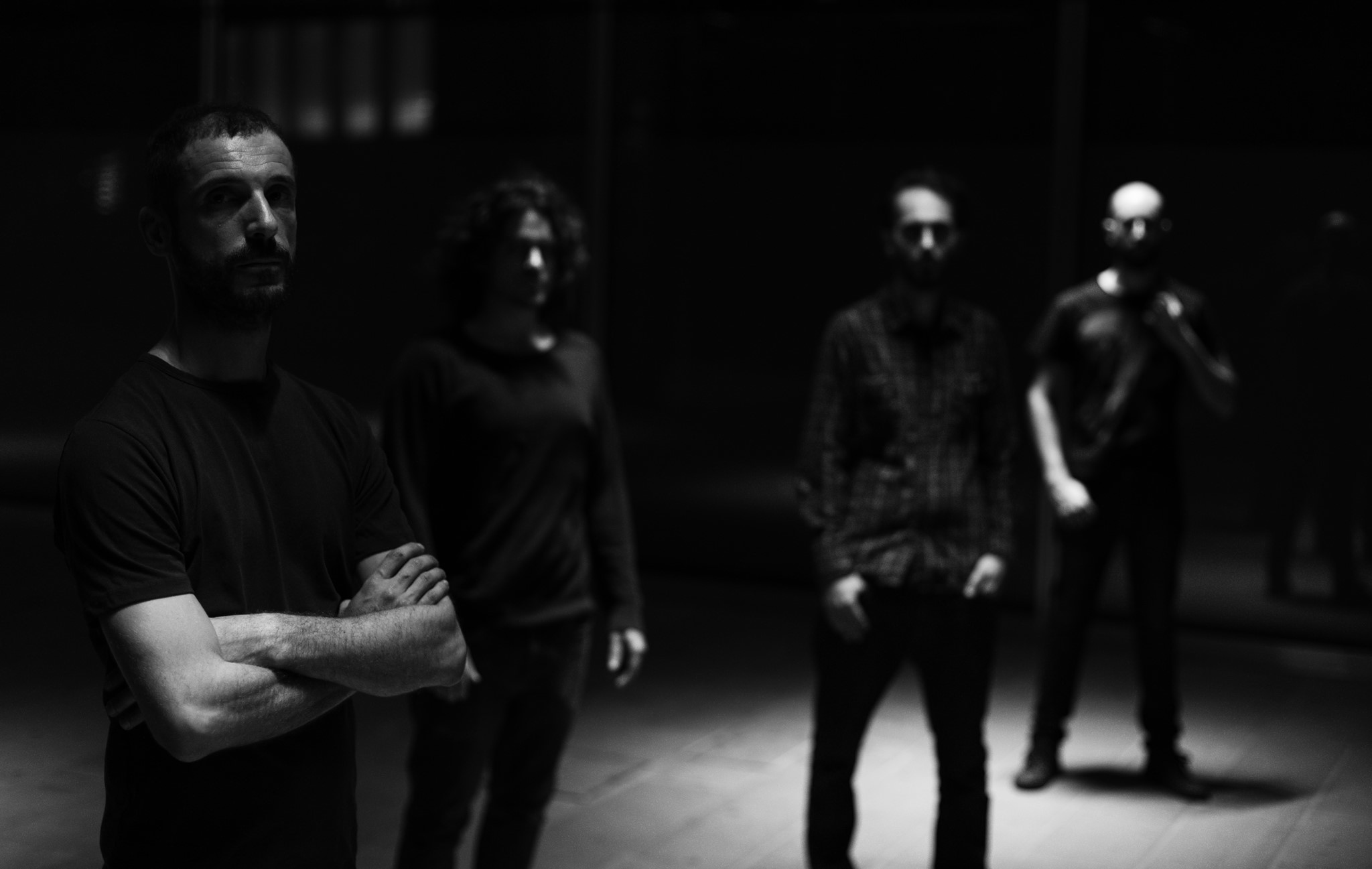 The Italian quartet Nero Di Marte enters to the fresh decade with a colossal bang, by redefining a whole genre in an unprecedented manner, with their third album Immoto.

This might very well be the best album I have ever heard. That’s it, that’s your ingress. That’s pretty much all I could muster up for the preface, and I honestly think it’s more than enough. This kind of sensation comes up remarkably rarely, if ever, which rightfully gives the sentence enough weight and value to be the only introduction. Considering that, I also found out that putting this particular feeling into words was also exceedingly difficult, rest assured I tried my best with the following ramblings.

Nero Di Marte are gearing up to release their third album Immoto, through Season of Mist, on January 24. Coming five years after their second album Derivae, the wait has been excruciatingly long, though the time passed will be redeemed gloriously. The Italian quartet can be characterized as experimental, in the deepest and most tangible meaning of the word, stapling together a description that goes somewhere along the lines of avant-gardistic and progressive post-death metal. Nero Di Marte has always been a unique act, yet while I thoroughly enjoyed both Derivae and their self-titled debut album, those, or anything else in this world for that matter, couldn’t have prepared me for what came into existence with Immoto.
Immoto‘s range is overwhelmingly stunning, reaching effortlessly the highest of highs as well as the lowest of lows, both instrumentally and emotionally. The dynamics play perhaps the biggest role in the band’s signature tapestry, where they weave colossal contrasts together so that everything feels organic and natural. Not only are the dynamics compositional, they’re also sonical and therefore quite literal. Crescendos of mighty proportions follow one another, sometimes soaring for what feels like ages, sometimes taking only mere seconds to come into full fruition.
Speaking of the tremendous emotional punches that Immoto directs towards the listener constantly, a lot of that has to do with the vocalist Sean Worrell’s scorchingly fervent and unforgiving delivery, varying from fragile whispers into strong and harmonious outcries and everything in between. The somewhat operatic (by range and effect, not style, mind you) vocals layer the theatrically epic output surprisingly sparsely, but this proves to be beneficial by giving every single word their essential weight and meaning. Over half of the time I have no idea what Sean’s saying, as I kind of lack in my Italian, but that doesn’t take away from the shiver-inducing and grandiose effect they have on me.
Said shivers are caused by multiple things scattered throughout the album, be it the crescendos, vocals, intensive and impressive instrumental work, or really anything else. The moments resulting in repeating goose bumps, smiles, or tears, are also many. Every single nuance and detail has important value in the bigger scheme of the album. The absorbing and immersive entirety is also demanding as all hell, requiring constant attention due to the blink-and-you-miss-it factor, which on the contrary manages to keep the album fresh through multiple and frequent listens. And I should know, as I’ve had this album on an almost daily rotation well over two months now, yet the experience never gets boring, exhausting, or repetitive.
Amidst all the currently a bit abstract chatter, I felt the need to give more than a few concrete examples of the great things taking place on this album. If you’re reading this, you have most likely listened to the released singles already. “Sisyphos”, the album’s catalyst, is maybe the most standard Nero Di Marte, if you can say that to begin with. The track is a slowly growing epos, immediately grabbing you away with its unrelenting tension and atmosphere. Branching around for nearly six minutes, the song’s grand moment comes unexpectedly in the form of the discordantly howling, powerful blast beat section, catching you off guard completely. Similar effect repeats in the final section, and I personally found myself hoping for it to go on permanently, and I’d be happy for all eternity. Obviously it doesn’t, but that’s okay.
The following track and second single “L’Arca” is very different by structure, but more akin to the other tracks. The doubled vocals, tapped guitar leads, and extremely heavy, somewhat dissonant breaks find their way into the listener’s psyche profoundly. Ending to a long, swelling ambient section, I’d like to also point out that all the tracks feel like a discussion between each other, with uninterrupted flow, which furthermore adds to the experience aspect of the album. Earlier, I talked about the theatrical approach the songs have, and this is something that starts to unveil during the titular track, and the following piece “Semicerchi”. The former floats for eleven minutes, touching quite distant grounds, before reaching its true form in an intense and, eh, blasty manner. The latter is easily the most moody individual song on the album, giving space for vocals to lead it forward. Reaching its culmination point through abrupt tempo changes and tribalistic tom beats, the track never fully frees itself, but adds pressure all the time, until coming to a silent and echoing close.
My favorite portion of Immoto kicks off with “La Casa del Diavolo”, which is an elongated spiritual trip into yet another new territory, that feels familiar, but is unpredictable and quite evil. Rejoicing in vulnerable expression colliding with indomitable aggression in similar vein as the first track, the sensations Nero Di Marte are able to inflict are altogether just magnificent. Still, months into the album, the ending of “La Casa del Diavolo” gets me, every single time. The ominous vocals and interestingly jarring guitar harmonies laid upon a double kick carpet also demonstrates the band in their expressional prime state. “Irradia” acts as a sensual, doomy follower and a counterpart, going through different levels of affection before ending rather swiftly, giving way for the final track “La Fuga”. Also released as a single, “La Fuga” is the definitive climax of Immoto, which can be fully appreciated only in the context of the full album. It’s a fascinating move to end in a four minute uplifting high, as it has a tendency to linger, and forces you to re-listen the whole thing the second it ends. And that pattern keeps on repeating.

Immoto as an album, is singular. Something completely unprecedented, and stylistically something I have never heard before. I have a feeling that given time, it will be one of those albums referenced to decades from now, as there’s a realistic possibility that Nero Di Marte are able to singlehandedly inflict a completely new movement with this album. I could regress to a more primal wording and just say that I like this, this album is good and it sounds good, but that is far from being enough. You have to hear it to understand, and to make sense of all the gibberish I spat out above. And to finally bring this to close, I need to definitively correct the first sentence; this is the best album I’ve ever heard.