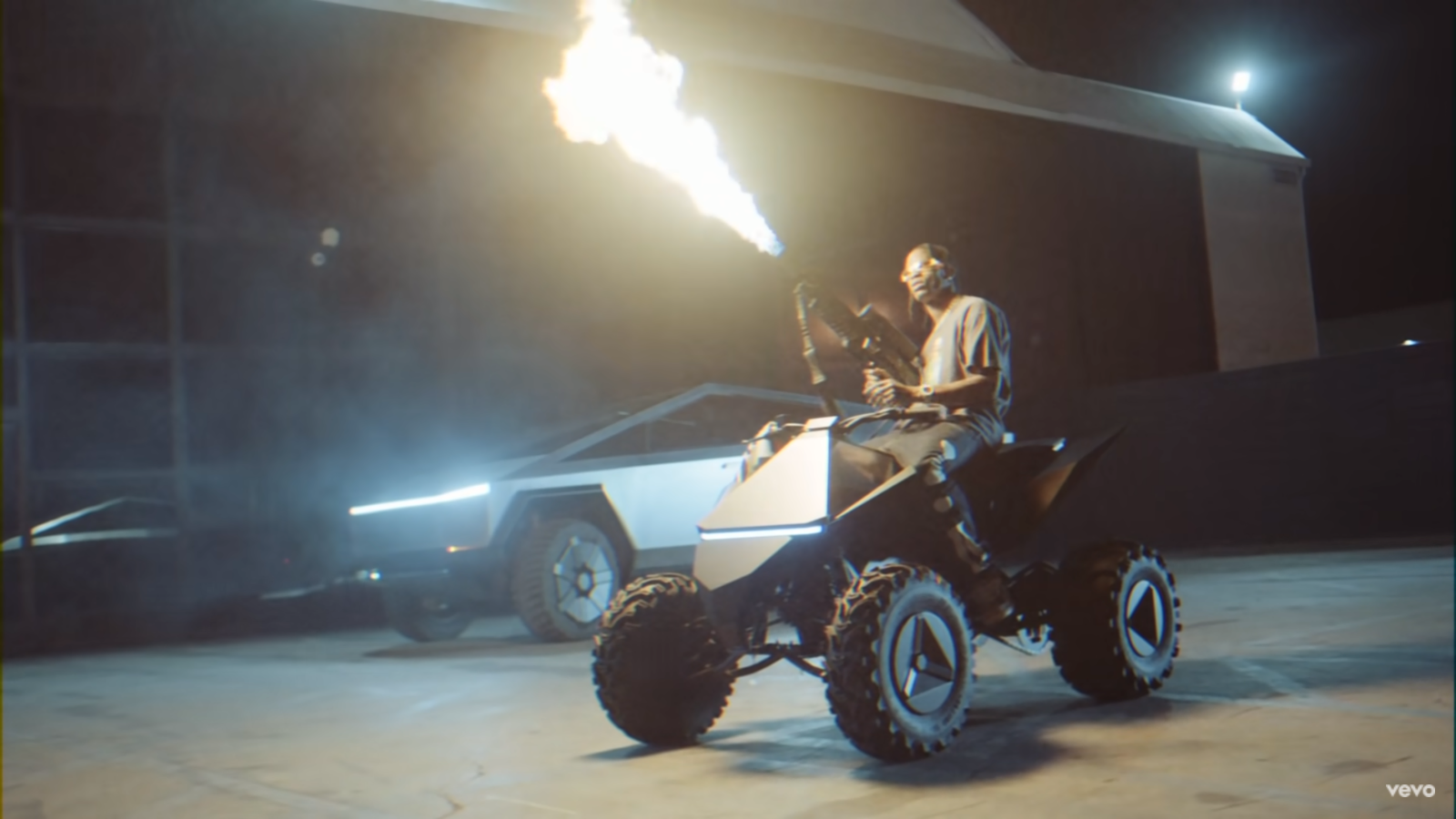 With JACKBOYS, Travis Scott provides all the necessary evidence to prove that he’s boring now. Don Toliver is the true star of the show here, although the project feels rushed overall.

JACKBOYS the group is a collection of artists signed to Travis Scott’s Cactus Jack record label, featuring Scott himself, Sheck Wes, Don Toliver, and Luxury Tax. JACKBOYS the album is a collection of seven songs with a 21-minute runtime that still somehow manages to feel rushed. I wish Scott would do something different. He sounds the same on every song. It’s not as egregious as Nav, the king of cookie-cutter compositions, but I haven’t truly enjoyed a Travis Scott project since Days Before Rodeo because of how repetitive his music is. Every album has the same overall vibe; every vocal has the same combination of heavy autotune and buckets of reverb. It legitimately feels like Mike Dean just drops a plugin chain he has saved as a preset onto Scott’s vocal track and calls it a day. Frankly, I’ve been over it for five years now.

In keeping with the rush job vibe, the project begins with a remix of “Highest In The Room”, a three-month old Travis Scott single. It continues the acoustic guitar production trend Turbo started in 2018 with Lil Baby and Gunna’s “Drop Too Hard”; appropriately, the remix features Lil Baby himself, as well as Rosalía, one of Spain’s biggest pop stars. As it comes to a close, the track transitions into a synth-heavy outro that would sound at home on My Beautiful Dark Twisted Fantasy. The guitar line is an earworm, making the song catchier than it has any right to be, given how boring Scott’s contributions are.

I’m a huge fan of Rosalia, going so far as to try to recommend her to my last girlfriend, who is from Spain. She laughed at me, as she should have. That being said, her appearance on “Highest In The Room” isn’t particularly notable. She mirrors Scott’s rhythm for her verse; hearing the guitar repeat after each line ends with a pause is a regular reminder that it would be better as an instrumental. Lil Baby brings the strongest flow here, more driving than Scott or Rosalía’s, but it simply isn’t enough to salvage this song.

The “Jackboys” interlude continues the trend of ‘shit that wants to be MBDTF‘: a short, synth-driven interlude with a pleasant tone and autotuned hums à la Kanye West. It feels appropriate following “Highest In The Room”, and completely out of place introducing “Gang Gang”. Sheck Wes’s opener on the latter makes it sound like an intro track, and having listened to JACKBOYS on repeat, I can confidently say that the first two songs should have been the last two songs.

“Gang Gang” is a good example of Travis Scott’s diminishing value: Don Toliver’s delivery is bright and ear-catching, while Scott’s usual fare feels like filler. Toliver seems excited; Scott sounds uninspired. Overall, the song just contributes to the album’s rushed vibe. For instance, take the end of Sheck Wes’s second verse, where he just kind of stops rapping. Luxury Tax’s only verse of the project features a solid flow, but lacks quotables and (again) a strong finish. By the time I reached “Had Enough”, I had had enough: this should just be a Don Toliver album.

I love Young Thug. I would commit murder for a film crew if I happened to be standing next to him and he showed me how. That said, “Out West” is certainly not a highlight of his career. Despite that, his willingness to go to extremes with his delivery could make the worst verse of all time at least sound good. Travis Scott, on the other hand, cowers in his comfort zone. His verse lacks a single memorable lyric; his delivery is the same as it always is. At this point, he’s just clocking in and clocking out. It’s pretty wild just how bad he sounds next to a bad Young Thug verse.

“What To Do?” is the best song of the project. The hook is an earworm, but this is another example of Scott’s replaceability. Don Toliver might as well change his name to ‘Travis Scott 2.0’, because every time he follows Scott, it’s like a breath of fresh air. Honestly, by this point it almost feels like they made a whole project just to make Don Toliver look better. I don’t know if I like him, or if I just hate everyone else.

JACKBOYS’ finale, “Gatti”, is basically a Pop Smoke song with a Travis Scott verse tacked on. Pop Smoke sounds like he needs a tub of cough drops. It’s hilarious. I love that the hook doesn’t rhyme at all. You don’t need to rhyme when you sound like Christian Bale’s Batman; his energy is infectious. This is perhaps the most glaring example of Scott being too complacent to be compelling: his reverb-drenched vocals sound bad on this song, especially having come in after Pop Smoke, who sounds right at home with minimal reverb and tasteful use of delay.

As far as collaborative efforts go, this one doesn’t go very far. Maybe it’s for the best that we never got a Black Hippy album. Somehow, I doubt that if TDE dropped an album as a collective, Lance Skiiiwalker would outshine Kendrick Lamar. I wonder if Scott listened to Young Money’s Rise of an Empire before deciding to make this project; if he did, he must not have listened very hard. In fact, if you’re thinking of listening to this album, just go listen to Rise of an Empire instead. At the end of the day, JACKBOYS by JACKBOYS isn’t really worth jack, boys.