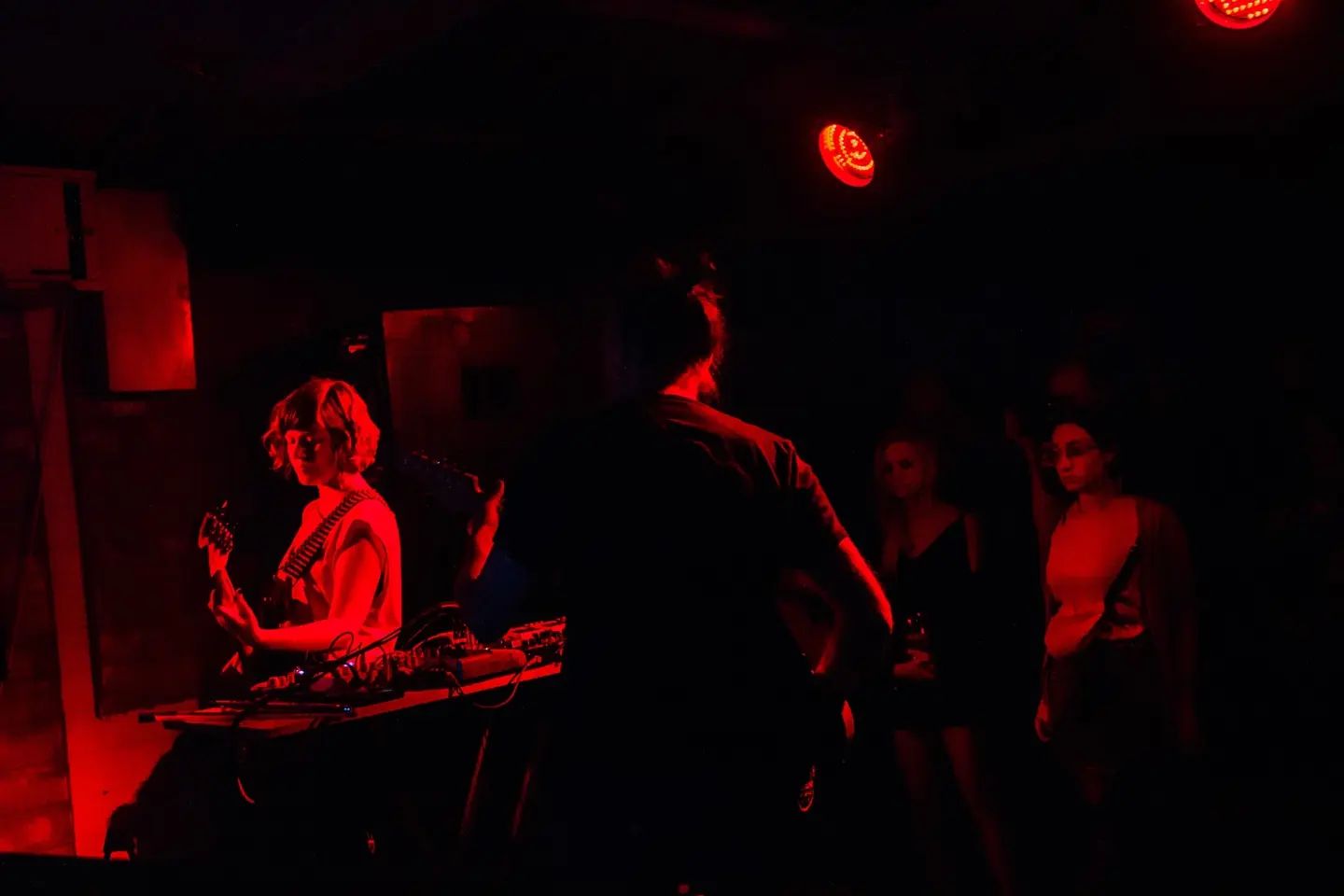 Canadian duo Aiden Baker and Leah Buckareff began Nadja back in 2003, initially as an experimental/ambient music side project for Baker in 2002. Soon, Nadja transformed into an auditory combination of atmospheric drone, spacy electro-soundscapes, and unearthly, reverberated ‘doomgaze’ music (which combines elements of doom metal, shoegaze, ambient, and soundtrack genres). With an impressive and consistent collection of musical works, the married duo has developed their sound throughout a range of diverse releases, from 2003’s debut Touched to 2021’s feedback-driven Luminous Rot, and now they continue with their consistent run of form by unleashing a sludge-drenched bombardment of thoroughly layered noise and atmosphere with Nalepa.

Upon first impressions, the artist clearly emphasises a reliance on utilising heavy feedback loops and deep, dense atmospheres through slow-building riffs, and a rather confrontational, menacing rhythmic presence. Opening track “Funkspiel Part One” (which serves as the first in a 6-part series of noisescapes) initially delivers some of these intense forms of sound that collectively interweave in a disorderly fashion. These horror-like sequences are naturally interlinked with each other as the tracks shift from one to the other, developing over time with the sort of accompaniment that one might expect out of some surreal David Lynch picture or indie horror flick.

There is an extreme emphasis upon the track’s layering. The guitars produce these constant droning sounds that interlap each other, feeling almost as if they are in combat, fighting for supremacy to reach the listener’s ears, which makes for an evermore confrontational experience. The additional riffs that accompany these textures further add to the music’s eerie character and do their best to drive the pieces forward with volatility. The percussive elements, on the other hand, have an interesting feel to them that constantly oversees the dissonant (and sometimes chaotic) ambient grooves. The snare and loud crashes fiercely command the soundscapes that lie before them and add some extra warmth to the doomy, reverberated guitar textures.

By “Part Four” we are well into a harsher and sludgier territory that can be acknowledged through Buckareff’s disgustingly heavy bass tone that transforms the piece into a new dimension, bringing with it a much more sinister yet cosmic feel. The flange from the guitars looping is very active here, whilst the distorted, noisy textures do their best at conveying a more hostile environment.

The use of layered feedback furthermore brings with it a transcendent feel, something quite common in much of the band’s previuos works. The forceful, unnerving screech from the guitars found particularly in parts 4 and 5 possess a supernatural, alarming presence in which they gradually flow, building in depth and volume. Oftentimes it almost feels like we are waiting for something that never comes with these daring feedback-ridden loops and offbeat percussive chimes that offer little assurance, instead opting to complicate the listener and allow for a deeper, more ambiguous engagement with the material.

By the final moments of the record’s runtime, we are drawn further into the carnivalesque world of Nalepa that accentuates disorder, demands uncertainty, and builds spine-chilling tension. The grooves become a focus at this period of the piece, with the guitar riffs constantly following the slow, minimalist drumbeats that occasionally become too fragmented within their own noisy, doomgazy world. The layers of feedback are aggressive at times, yet they still manage to maintain a level of suspense that allows for the haziness of the music to flow quite naturally.

With such a frequent output of material and a special kind of musical chemistry developed between Baker and Buckareff, it comes as no surprise the Berlin-based dream-doom collective is constantly channelling their inner creative abilities to produce some of their most challenging and experimental work all the time. Nalepa therefore comes as another extremely well-crafted and dynamic addition to Nadja’s discography. The record applies a more cohesive engagement with the artists source material, applying harsher and eerier textures that evoke anxiety, anticipation, and blur the line between reality and the dream world. Whilst there is also an honouring of the artist’s influences from the drone/sludge metal riffs to the shoegaze-inspired atmospheres, Nadja is excessive in pushing creative boundaries and most concerned with producing the some of the most challenging and stimulating sounds that underground music had to offer.