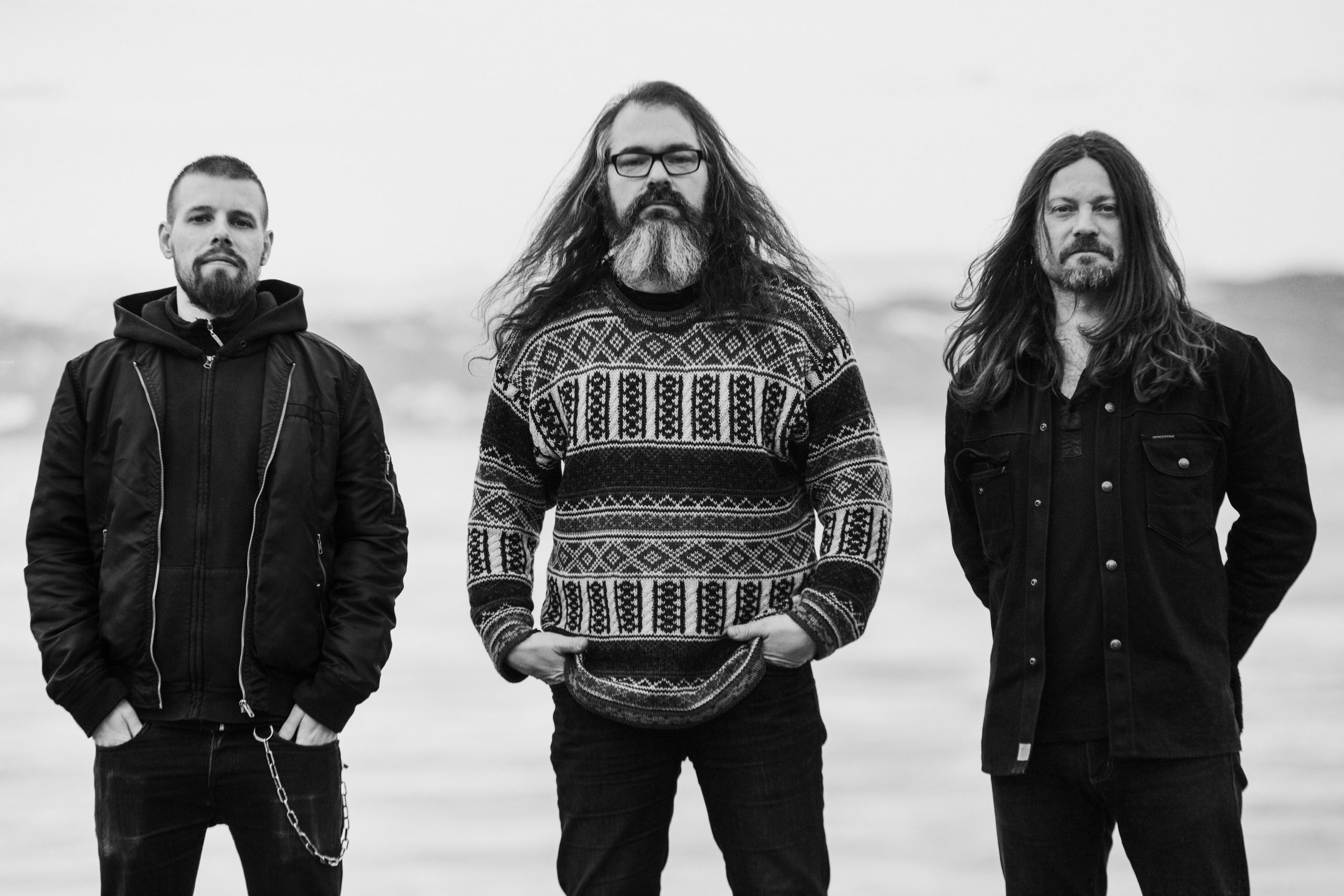 Motorpsycho – “The All Is One”

By David RodriguezSeptember 8, 2020 No Comments

I finally give Motorpsycho a chance to impress and they go above and beyond, catapulting me into space with their ‘psychodelic’ brand of prog rock that will remain with me for a long time to come.

I do my best to avoid FOMO. The ‘fear of missing out’ is found everywhere, and only accelerated by the way things are sold, streamed, and otherwise granted exclusivity or another high barrier like cost. Although my anxiety would argue with this logic, it’s best understood as soon as possible that you’re just going to have to miss out on some stuff. Maybe make a note of stuff for later; if you’re better able to try to experience something in the future, try again then! Don’t feel pressured to go out of your way to do something if it doesn’t make sense to you, right? That’s kind of what I did with Motorpsycho‘s music.

We can’t listen to everything. As someone that writes about music and consumes it very regularly for work, fun, and the art of it, you learn that one quick – really quick. Motorpsycho have been on my radar since 2017’s The Tower, but I just didn’t have the time (or, probably more accurately, the energy) to try to squeeze in a proper listen, even with the recommendation of friends and colleagues alike. Everything’s an opportunity cost in this sense, and I chose to pass up the opportunity to listen to this Norwegian trio’s music for what I hope were really good-ass reasons, because, and I’m going to give this next part its own line for greater effect:

Motorpsycho‘s The All Is One is probably one of the best progressive rock albums I’ve heard in years.

Going down the rabbit hole of this band revealed that not only do they have quite a history of making music not only as Motorpsycho, but also as collaborators with many other musicians and artists to create an intimidating discography decades in the making that I can’t even begin to parse. Their output is only matched by their larger-than-life approach to retro prog rock – something we’ll get a lot into later – and I just happened to be coming in on this album, an hour-and-24-minute opus that wraps up a loose trilogy of albums. Oh boy.

You may know that I’m a hard sell with long records. It has to be real gripping and out of this world for me to get anywhere near, let alone past, the 90-minute mark and not want to question creative choices and find ways to trim away the excess. This is the first album of its length this year where I didn’t find a fault with how long it was, nor did it even feel its length to begin with. That is… extremely hard to pull off, but it all has a flowing structure that made it almost scarily easy to be engrossed by.

Truly, this is an album you give yourself up to. It can be a demanding task to surrender your whole attention and time to just listening to music, no matter how good it is – albums like The All Is One not only make it simple, but incentivize you for doing so. The reward is the experience itself: a swaddling of progressive, psychedelic (called ‘psychodelic‘ by the band) rock that’s equal parts calming and transcendent. It’s a portal to another world or dimension, one with technicolor skies, drinkable air, and tingling currents that prick your corporeal form to remind you that you’re the most alive you’ve ever been, all while floating on a magic carpet… possibly high.

Scratch that, I firmly believe that there’s no need for any mind-altering substances to enjoy any music, specific or broadly. How could you not hear the title track, firmly rooted in an old-school rock flair, and not move your boringly sober body to it? The vocals soar with a Jon Anderson-like lilt – in fact, there’s a lot of YES vibes on this album – something that definitely makes it inviting to me. Many of the songs here like “The Same Old Rock (One Must Imagine Sisyphus Happy)” or “Dreams of Fancy” are more straightforward affairs as far as prog goes. They don’t have thick threads that bind them together, they just rock really hard and incorporate a ton of ideas to make them either catchy, atmospheric, maybe a little wistful or healing in their tone. If you’re lucky, you may get all of the above, but as great as these and other songs are on this record, it’s far from the best, most versatile, massive thing it has to offer…

The marquee feature on The All Is One is the “N.O.X.” suite which is comprised of five parts, totaling around 42 minutes or literally half the damn record. You can think of this as its own album with other tracks, while perfectly complementary, acting as more standalone songs that function well as such. “N.O.X.” is flat-out otherworldly, from the bookending sections both named “Circles Around the Sun” to the hellacious and captivating trance achieved by its girthy center. Yes, this is a chubby boy, but that only means there’s more to love.

The first part of “Circles Around the Sun” starts off like the dawning of a story within a story. Lots of arpeggiatic synths twinkling like stardust in the sky, a violin moans comet trails across the dark like celestial brushstrokes, and an eventual rock band arrangement taking more of a jazzy form with washy, modulated vocals that seem to come from nowhere like the voice of a deity. It’s like being on rails trekking through space, your mind overclocked with the confounding thoughts of how you’re able to breathe in its vacuum and the ethereal art you’re able to witness. None of it makes particular sense, but you’re overwhelmingly thankful for the experience, knowing somehow someone or something much more powerful than yourself is responsible for this.

As “N.O.X.” bleeds into its second section, “Ouroboros (Strange Loop)”, there’s a lot of repetition that anchors you down into the track. The bass drives things forward in a slightly stuttered fashion with lovely guitar melodies coloring the way as you effortlessly gallop onward. It’s as if you’re on the back of an ouroboros serpent, spinning on an axis as it eats itself in a circle, passing the same sights that get more vivid and melted as you return to them again and again. This is where the psychedelia gets thrown into top gear; acid-laced guitars quiver in the mix, drums ting and smack to make the synapses of your brain fire off, and the whole piece builds to an angelic crescendo that sets the stage perfectly for the third section, “Ascension”.

“Ascension” is a bit of a comedown, but you hardly cease floating. Rather, it’s a gentle caress of wind that suspends you in the ether, benevolent and cosmic in nature, as caring as it is intangible. The next section, “Night of Pan” has some tense instrumentation that feels like a world unraveling, perhaps drained of power from the incomprehensible lightshow you’ve been subjected to for the last 45 minutes. It’s the longest track running at over 15 minutes, but hosts one of the catchiest melodies and grounded moods of the trip thus far. It’s absolute ’60s avant-garde/prog worship at this point without a tinge of hackneyed application or tribute for tribute’s sake – the anachronistic attitude here is stronger than any other section and only goes to show that space isn’t the only dimension Motorpsycho are keen to toy with.

By the time “Circles Around the Sun, Pt. 2” hits, we’re treated to returning vocal melodies from “Night of Pan”, but everything is re-energized now, like someone stuck a charge cable into the port of the universe. Cogs turn, waves ebb, and the poles of planets twist in a ballet of galactic proportions. The “N.O.X.” suite fittingly ends with a big bang, not a whimper. After this, we return to what little normalcy we were afforded with the beginning four tracks for four more to end the album. The high of “N.O.X.” is admittedly hard to beat, but these finishing tracks are nothing to balk at. “Like Chrome” especially is a treat with its Blue Öyster Cult riffing and finale-esque structure.

I’ve written a lot here, one of my longest reviews ever, but it’s a lot to talk about. Effectively, this is two albums in one, both cohesive and meshed together in a grand monolith of extraordinary progressive rock, a genre that becomes increasingly hard to impress with the more boundaries are blown through or otherwise subverted. My proclivities are more suited toward the classical prog angle which makes The All Is One a veritable holy grail to me, and if you’ve held the likes of YES, ELP, and Camel – or even modern prog institutions like Elder or, a fave of mine also from Norway, Swifan Eolh & The Mudra Choir – up on a pedestal, then this is what you need to be listening to next. Don’t make the same mistake I did.

This journey made me wonder what else I’ve missed out on in life. Is hang gliding cool? Does petting a giraffe kick ass? Should I have dated that other cute woman in high school? Maybe I’ll never know, but if I ever find out, I hope they’re at least half as fulfilling as finally getting the chance to listen to Motorpsycho. Their writing and execution of particular sects of psyched-out prog rock is among the best I’ve heard in years. For me, The All Is One is not only a stellar prog album that approaches watershed status, but it’s also a lesson in doing your best to experience great things in life, as you’re able to. No pressure! Whatever it is for you, I hope you enjoy it.