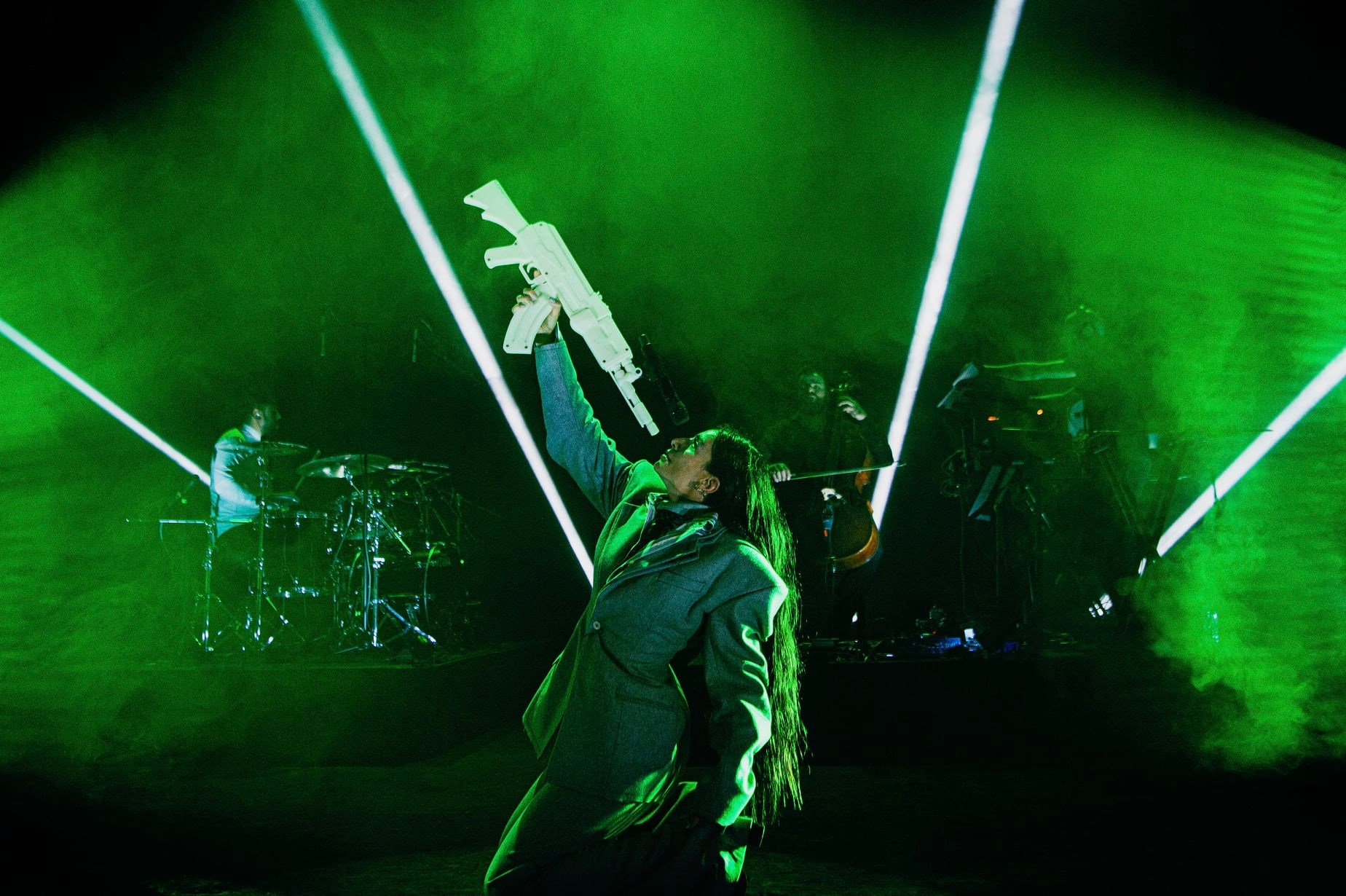 By Faisal BinzagrSeptember 9, 2020 No Comments

Shabrang is Sevdaliza‘s finest artistic achievement yet, distinguished by its near-perfect fusion of classical music, trip-hop, and traditional Persian influences that celebrate her heritage.

Sevdaliza’s spectacular debut album ISON (2017) was an inspired and modern reinvigoration of ’90s trip-hop – a true continuation of a genre that largely stagnated since its heyday. She followed her debut up with an extended play titled The Calling (2018) which, at a generous 30 minutes, equaled many modern LPs in length. The Calling was a logical conclusion to the sounds explored on ISON, managing to prune some of its predecessor’s electronic extravagance and explore more emotionally deep sonic territory informed by modern RnB.

Since then, Sevdaliza’s released several singles teasing her full-length follow-up to ISON – all of which have hinted at a more stripped-down iteration of her sound. Now that we’ve been given Shabrang, Sevdaliza’s sophomore LP, it’s apparent that while this impression was accurate, it was also woefully incomplete.

From the perspective of a long-time fan, my initial listen of Shabrang was full of appreciation, but not necessarily enjoyment. The most striking thing about it is its drastic tonal shift from previous material – reflected prominently on the album’s cover art. As usual, Sevdaliza herself is the focal point, and rightfully so. Whereas past cover art reflected themes of rebirth and self-embrace, Shabrang’s evokes resilience and trauma through its bruised imagery; specifically representing – in the words of Sevdaliza herself – ‘the hardships I’ve had to overcome in becoming Sevdaliza, and how hard I’ve had to fight for my life, and my work.‘

Where before there was a light in the dark, and at times a dominating sensual confidence, now there is deeper introspection communicated through the music as much as through the lyrics. The production is indeed more stripped down this time around. While previous material was saturated with sounds and effects, this feels more bare. To be clear, this is not a reflection on the quality of production, courtesy of Sevdaliza herself and long-time collaborator Mucky. There are simply fewer elements in play at any given moment than I’m used to hearing from the Sevdaliza project, but the material sounds as good as ever – if not better.

These more minimized songs fall broadly under three categories: the trip-hop of old, providing the album with a thin thread of musical continuity, downtempo electro tracks infused with classic rock guitar flourishes (think The Police), and a pervasive classical music bent. In fact, the classical and orchestral influences permeate the entire album, with the piano taking center stage alongside Sevdaliza’s distinctive voice as Shabrang’s shimmering co-star. Piano has always been a fixture of her music, but this time it’s been elevated to a new level of impressive intricacy and atmosphere. As a result, the album feels less like the progeny of Massive Attack this time around than, say, Tori Amos.

Despite this eclecticism, the experience is remarkably congruent. “No Way” is the most literal of stylistic bridges, being divided cleanly into two halves, with the first encompassing the merger of classical music and downtempo, before the second unfolds as a brooding industrial instrumental piece. Even single “Oh My God”, one Shabrang’s pre-release teasers, flows much better in the context of the album despite being somewhat of a stylistic outlier.

The album is paced perfectly, its first third featuring early album highlights such as “All Rivers At Once” which, with its unsettled americana touch, is perhaps the record’s boldest and most enjoyable experiment. Further along, you have lead single “Habibi” which is what you’d get if The Fragile-era Nine Inch Nails was re-imagined as piano balladry performed by 070 Shake. Elsewhere, we’re treated to the spectacular cover of a classic Persian pop song “Gole Bi Goldoon” – whose grand re-imagining here makes it one of the greatest covers I’ve ever heard.

Concluding the album strongly are “Rhode” and “Comet”.  “Rhode” plays out as the album’s final catharsis, the darkest track here, and the one that most resembles the Sevdaliza of old, barring the incredible solo that ends the track with a sense of spiraling finality. Afterwards, we’re treated to album closer “Comet”, a subtle reference to Sevdaliza’s first record ISON, and the logical denouement to Shabrang, utilizing immersive orchestral elements to signal that we’ve reached the end of an era.

The only creative decision that truly puzzled me was the album’s inclusion of “Human Nature”; a track previously released on The Calling. It feels somewhat out of place here, despite its subtle orchestral makeover. Taking a step back, I can also see how other long-time fans might find the album’s sharp turn into new stylistic territory not to their liking. I can only hope they give the album its chance to grow on them. With subsequent listens, my initial appreciation developed into adoration – and I’m confident others will have a similar experience.

Shabrang is album of the year material, and Sevdaliza’s greatest artistic achievement yet. She skillfully honed her craftsmanship to shed any traces of imitation that might have appeared in earlier material, while evolving her sound in a way that doesn’t entirely turn its back on the past. It is an evolution that will keep most of her fans on board, and certainly draw in many, many more. If there was any doubt before, Shabrang should dispel it: there isn’t an artistic powerhouse out there quite like Sevdaliza.