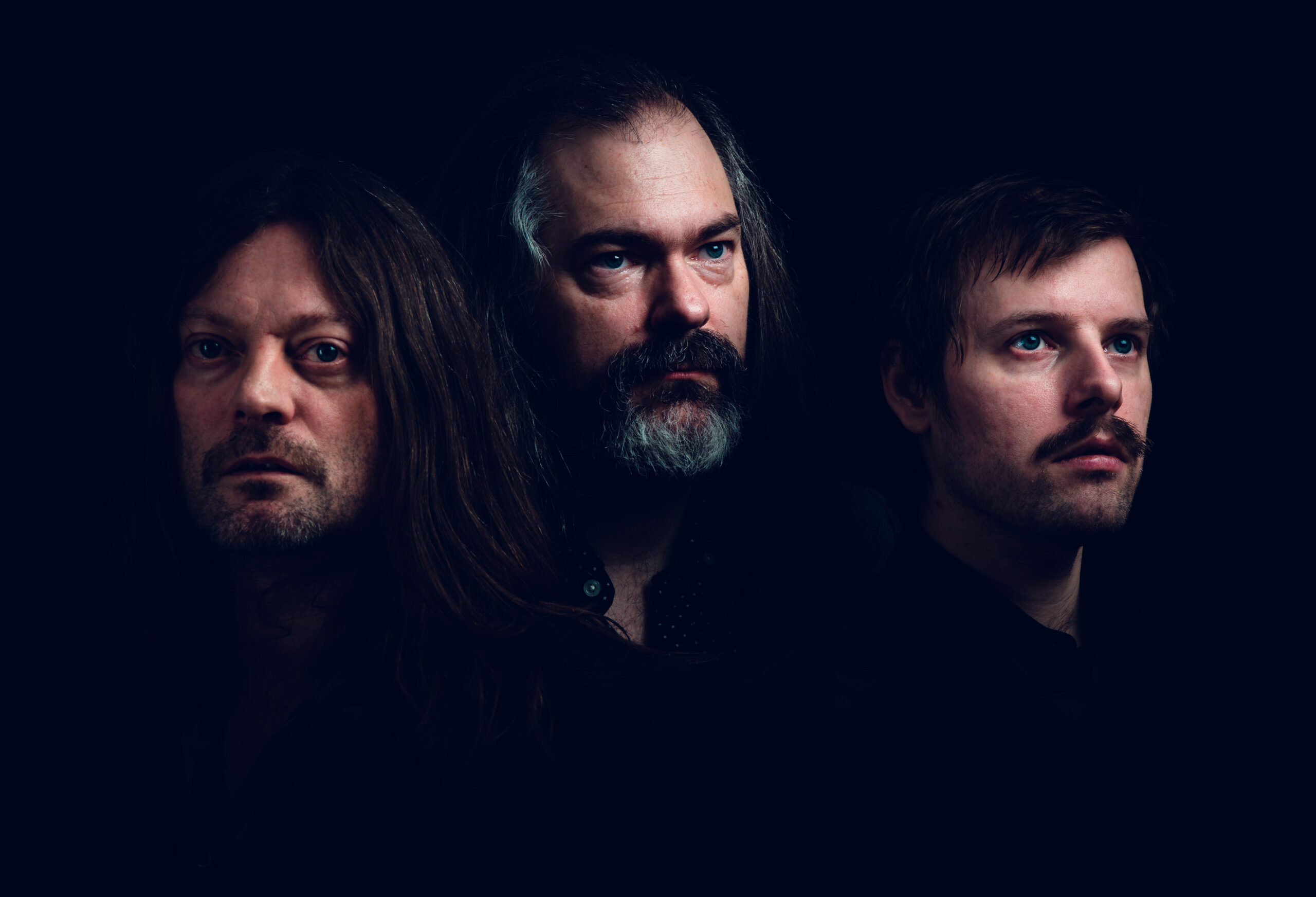 By David RodriguezAugust 19, 2022 No Comments

Motorpsycho still aren’t done being one of the best progressive rock bands alive. Ancient Astronauts isn’t just another notch on their belt, but a coursing, calming voyage between realms.

Motorpsycho have a hell of a streak going with their albums, carrying the torch for truly forward-thinking, entertaining, and worthwhile prog rock. Funny thing, the last decade has seen them release several albums, almost all of which either an hour-plus long, or right around the 40-minute mark – not much of an in-between exists. It’s really feast or famine with this band and, yes, 40 minutes is considered famine in the greater picture of a long-form prog band like them, especially when you consider The All Is One, an album I reviewed and loved despite its 84-minute runtime. That’s the length of some feature films.

This is noteworthy for me because I’m finding it harder and harder to really fall into longer albums these days, yet Motorpsycho always manage to captivate. Such is the case yet again with Ancient Astronauts, a four-track, 43-minute long… well, it’s an LP, but may as well be an EP for the reasons I mentioned above. No matter – coming off the heels of two epics (The All Is One and Kingdom of Oblivion), I will gladly take a shorter boy.

The thing is, with long-form prog, even shorter projects can carry the whimsy and wonder of any other epic twice its length. Ancient Astronauts has a storied feel to it, made all the more legendary when you consider the band made these songs with mostly live takes, not many overdubs, and with one member stuck in another country due to COVID travel restrictions. No concessions were really made, though it is interesting to note that the two biggest songs on here were actually originally written for a dance performance and later a related film by De Utvalgte, a theatre group from Norway. The album art here is a still from said film, melancholic and moody in its tones, yet still transcendental.

Of the four tracks here, three are fleshed-out, proper prog songs while one is an interlude into the two larger setpieces of the album. “The Ladder” – average in length though still immensely satisfying – feels like it could have been a leftover from Kingdom of Oblivion. It has driving classic rock riffing, quaint vocal performances, and a tone that just feels adventurous. The lyric ‘we’re all a little bit insane‘ calls back to Lewis Carroll‘s Alice in Wonderland, which is quite fitting given the overall attunement Ancient Astronauts has toward a classical journey feel. It’s good, and the one song that gets stuck in my head after listening.

After crossing “The Flower of Awareness”, the ambient interlude track that is almost too quiet for its own good, we get “Mona Lisa Azrael”, a 12-minute psychedelic wormhole. I feel like I’m on one of those older amusement park rides that go through humid, dank tunnels in a little boat-like vehicle with wonders and oddities to behold. Azrael is the name of the angel of death in some aspects of Judaism and Islam. A psychopomp, he’s an usher for souls after death, and that sort of thing fits nicely with the progression of this song. A calm start to perhaps represent the lull of life leaving a body, then an extravagant, complex, and energetic trip through realms to the end where you belong. The back half of this song is busy as hell, reminding me, favorably of course, of similar sections on The Mars Volta‘s “L’Via L’Viaquez”. If you’re one of the few fans disappointed in the direction of TMV‘s comeback singles, you might find some respite here. Regardless, it’s serene and beautiful, something I think the Mona Lisa part of the name was meant to represent.

The next and final song is *deep breath* “Chariot Of The Sun – To Phaeton On The Occasion Of Sunrise (Theme From An Imagined Movie)”. The title, of course, carries more references to travel and expeditions, perhaps of the cosmic variety. This is easily the best, most fulfilling song on Ancient Astronauts, using its 22 minutes to go just about any- and everywhere in the progosphere. We get acidic guitar work, rumbling bass, shuffling percussion, and, yes, a sense of theme for a movie that doesn’t exist… yet? This is where the live recording Motorpsycho did shines brightest. All the instrumentation feels organic and massive; it’s never too busy, but always engaging, and does not feel its length. Aside from some harmonies toward the end, the track is voiceless, yet says quite a lot. The band could have released this lone song as an EP and it would have stood up against other LP-sized prog projects in the quality department.

Now that I think about it all in totality, maybe the name Ancient Astronauts is supposed to invoke those religious excursions of the soul to the afterlife, and those who steward it. The astronauts themselves are the ancient ones who have watched over Earth for millennia, watching and waiting for the call, or exacting a prophesied tale foretold by those greater than us. Either way, this album is larger than life, and shows Motorpsycho putting out some of their best work in the last decade, a dizzying thought when you consider the breadth of their work in just that ten-year period. I continue to be floored by this band and it seems that won’t stop any time soon.

And that, in a sense, is just about all there is to say about it. Ancient Astronauts is something best experienced yourself in the way you wish. Motorpsycho once again twist their progressive approach to rock in a way to accommodate other artforms, but still making the music stand on its own for public consumption, contextless as any other album by them. The streak this band is on is otherworldly and you prog fans owe it to yourselves to dive in just as I have the last few years. It’s never too late to be swept off your feet and lifted to new heights – indulge a bit.