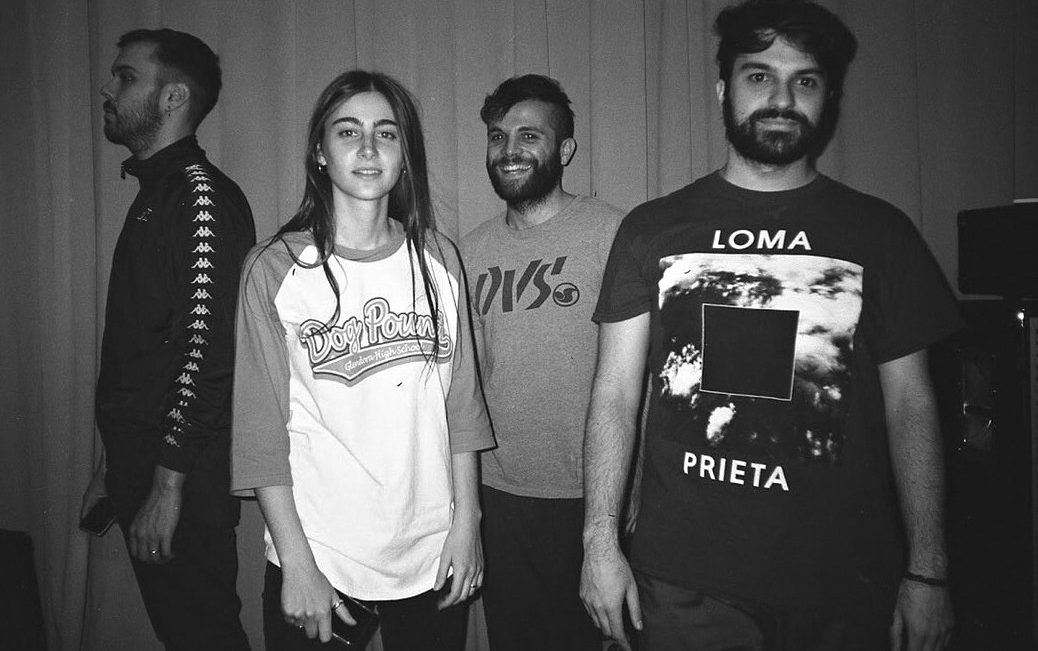 By Shaun MilliganDecember 21, 2021 No Comments

An unsuspecting but powerful winter gift blossoms in the heavy, gazey haze of Late Bloom – a debut to take notice of from impressive Italian outfit Mondaze.

I’m watching the last threads of winter sun set on a particularly crisp, picturesque December afternoon, as the closing bars of “Stay” dissipate in my ears with full force. It’s a little past the midpoint of Late Bloom, but Mondaze had me hooked on their debut studio album long before I even reached this point. While it’s no horror show by any means – pleasantly far from it, in fact – I will say that this album is best experienced with the lights off; it complements the darkness beautifully.

For the uninitiated, a collage of ethereal, heavy shoegaze eagerly awaits you from the Faenza foursome – combining a dense, almost grunge-like rhythm tone with vocals and lead melodies so stratospheric, you’d be forgiven for thinking they might actually disappear off into the darkened reaches of the cosmos altogether were they not anchored into the mix. It’s undeniably appealing and crafted wonderfully, making Mondaze one of my favourite new discoveries of the year.

Interstellar travel and ambience aside, Late Bloom is in no rush to go anywhere, but rather bids you sit and enjoy it. With most of the songs, you likely won’t be provoked into excessive motion – rather, you may decide to slow down, or even stop altogether and watch the last slivers of daylight give way to a glistening night-time canvas. Should this be the case, Mondaze create soundscapes that are perfect fodder for the shadowy recesses and fleeing light; despite this being their first full-length outing, the quartet are more than comfortable there and stand tall with ease among their peers.

“Honest Feelings” possesses a surprising sense of immediacy, spurned on by expansive choral calls of ‘I just want to feel something’. Yet, even here Mondaze make room for contemplation, an albeit brief haven in an otherwise impassioned, uptempo track. I will also add that follow-up “Interlude” is lengthier than its title had me assume, manifesting as an enjoyable sort of instrumental post-rock sibling to the other tracks, one that arguably runs long enough to be considered a ‘fuller’ song (whatever that even means). If you tend to skip ‘interlude’ tracks, gloss over this one at your peril.

The vocals, it must be said, are almost unintelligible at times, such is their sprawling, smoke-like nature. With certain passages so breathy they could be misconstrued as distant screaming (an aspect of vagueness I genuinely enjoy), it lends an air of grace and mystery to the ten tracks present, while also offering the eventual reward of deeper understanding for the attentive, repeat listener. This is especially noticeable on “Endless” – a slow, wandering track whose first half is laced with a mild emo undertone to its barely flickering energy.

Another prime example is the very literal sonic wash of “Words Undone” (see above). Juggling a musical sense of wistfulness with wonder and hope, it’s become one of my favourites from an all-round strong record. The song is a musical monsoon of layers that drench the listener, with the downpour practically blotting out most of the vocals. Fortunately, I’m a supreme fan of thick texture in music, so I was thoroughly satisfied when the second half of this track swept in and everything slowed to half time for a stadium-sized finish.

That immersion and enjoyment is a common factor with Late Bloom; the swathes of instrumentation provided here are the perfect vehicle for Mondaze to draw you in. The album is a versatile journey, where dynamic peaks and valleys vary the scenery and keep things refreshing. For example, after both the charismatic, punkish first half of “How Soon Is Soon?” and gradual climax of closing track “Incense Smell”, we are provided more shimmering moments of clean guitar to help digest the copious walls of distortion we’ve become willfully trapped within. While this reverberating distortion found throughout Late Bloom is wholeheartedly welcome, these infrequent sections of soothing string work offer a tonal variety that keeps things interesting and inviting.

It’s by no means a feat accomplished purely by the guitar, either. A wealth of musical styles and influences – all admittedly from the louder side of life – are woven in from the backgrounds of each member. As prevalent as those impenetrable mists of guitar are, “Lost” finds the utterances of ‘Illusion, life is an illusion/Illusion, ‘till it comes to a conclusion‘ driven largely by the bass work and some flourishes of off-beat snare. The aforementioned “Incense Smell” even concludes with a rare glimpse of piano thrust into the foreground. Little touches, but they work wonders in the album’s broader perspective.

Despite its name, Late Bloom certainly doesn’t wait until its final stages to grab your attention. Instead, it captivates quickly as it bursts into deep shades of vibrant life before blossoming continuously as the record plays out. Mondaze balance their sound and energy staggeringly well, providing plenty of dynamic amid the distortion to keep you here, safe and sound under the soothing weight of their gazey blanket.