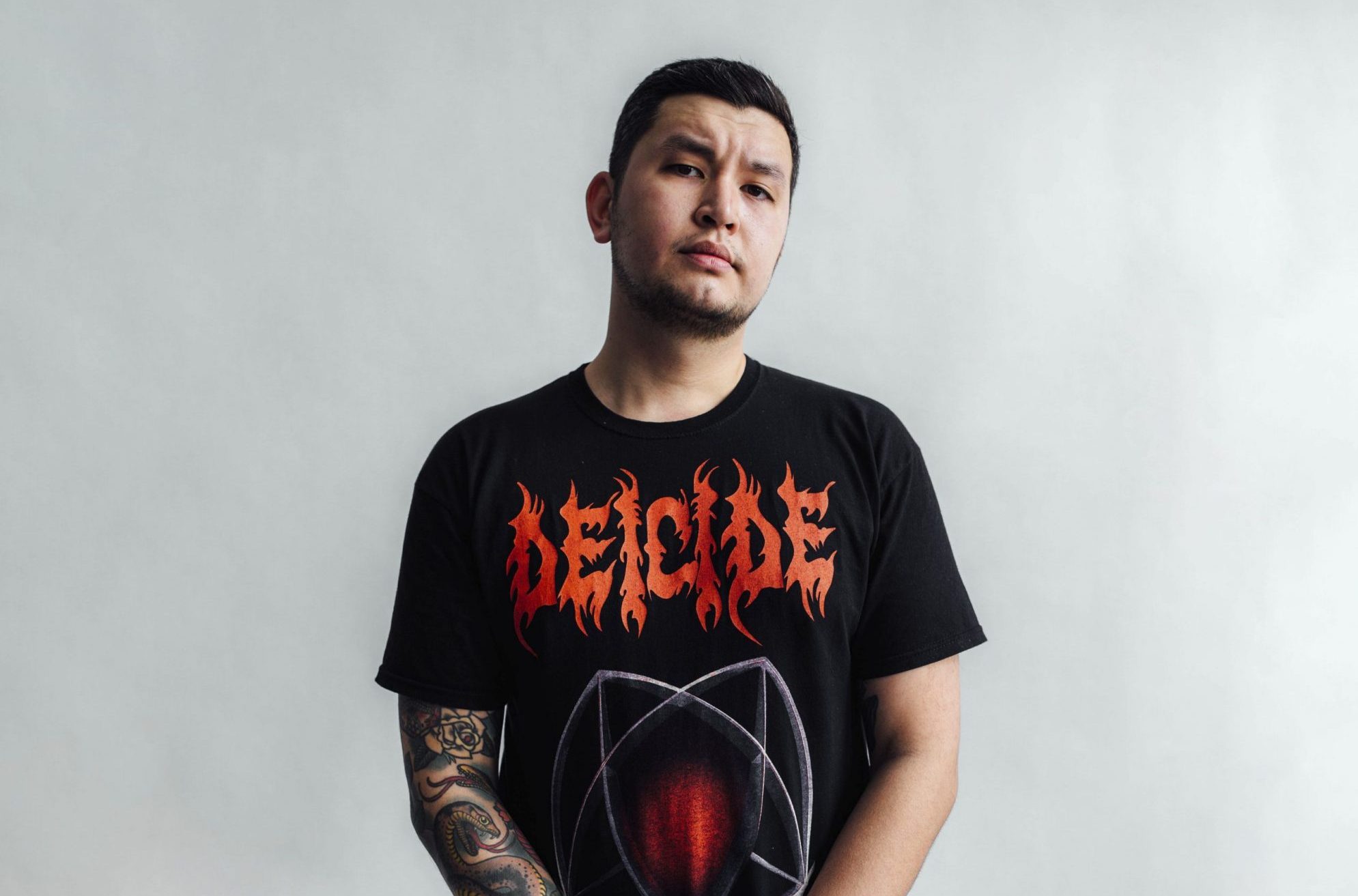 Experience full ferocity in a literal manifestation of heaviness with Moanhand‘s undeniably impressive Present Serpent – a writhing, sonic beast that will sink its fangs into you without remorse.

For the past few weeks here in the UK, we’ve been fortunate enough to have a run of good weather to break up our typically cloudy overhead canvas. However, while many soak in the shimmering rays and navigate the challenge of co-ordinating beach attire with face masks, others consider the heat an oppressive presence: overpowering and persistent. Personally, I flit between these perceptions of the sunnier conditions – finding it invigorating at times and inescapable at others – which may explain why I found such pleasure in discovering the enjoyably monstrous tunes of Moanhand.

Slithering out from the shadows, Present Serpent is a mammoth release from the Russian project and the first since the Plague Sessions EP almost two years ago. It delivers six colossal tracks that all stem from the creative mind of just one individual: Roman Filatov. The raucous, often abrasive end product, however, sounds far more fearsome than what you’d expect from a single person’s craft. From the moment you hit play, you’re under its beguiling, viperish charm.

“Serpent Soul (A Tale of Angels’ Slaughter)” coils itself around the eardrum, a slow-moving opener indicative of the tempo you can generally expect throughout an album that intends to pummel you at its own leisure. Throw any number of genre labels at it if it will make you feel better: stoner, doom, blackened metal, it doesn’t matter. What matters is that the key ingredients of ‘heavy’ are instantly present in droves: thick rhythm sections, plenty of low-end heft in the mix, clattering drums, and vocal delivery that’s consistently full of force, whether tuneful or tumultuous.

Throughout this beginning number, you may also get the sense that something more sinister lies in wait; you’d be correct. Teased with a smattering of aggressive vocal work, the largely melodic opener is followed by “Charmthrower”. Its vibrato-tinged intro lick is positively hypnotic, lambent, and foretells of a track that dials the ‘ominous’ up to 11 – or 13, for the superstitious among you. A truly crushing entry, its haunting chorus melody is surrounded with gloomy touches sandwiched between dual-vocal play in the verses that emits both ear-splitting shrieks and churning bellows simultaneously.

There’s a lot to love, but variety is easily the most appealing aspect of Present Serpent. A skulking, serpentine nature is thematically ingrained in the music, yet each track still carries conscious choices that individualise what’s on offer. For example, “Charmthrower” ends with a beautifully melancholic rendition of the main riff, played acoustically in a way that conjures distinct Latin vibes. Two tracks later, the Eastern flavour of “Endless Embrace” is particularly infectious (and also my pick from the sextet available), finding itself worked into a solo that complements the surrounding instrumentation without ever drowning it out. Tasty lead guitar such as this surfaces at the tail end of most tracks, utilising various scales and modes that are all united by a commonality of punishing weight.

It is on “Raw Blessings” and “Nightwings” that melodic vocals dominate, lending an almost ballad-esque skin to songs otherwise still firmly seated in dynamic aggression. Despite this, even up to its close, Present Serpent does not relent. Symphonic orchestration on “The Boomerang of Serpents” brings a subtle grandeur beneath the distortion and visceral vocals – along with the accolade of ‘Item I Would Least Like To Use, Thank You Very Much’. It retains the brutish riffs and piercing vocal delivery we’ve become accustomed to over the past 43 minutes, but also sports a snare assault to switch things up before the album’s assault concludes.

You’ll still be feeling the effects long after the toxins of Present Serpent are left fully coursing through your bloodstream. Bold, melodic, yet spiteful in the best possible way, Moanhand‘s latest effort deserves praise, at the very least, for the unstoppable, malevolent noise you are taken captive by. If heavy, tastefully composed brutality with moments of bitter beauty is your thing, give Present Serpent a spin: it is a gift that will snake its way into your mind and constrict until you succumb.