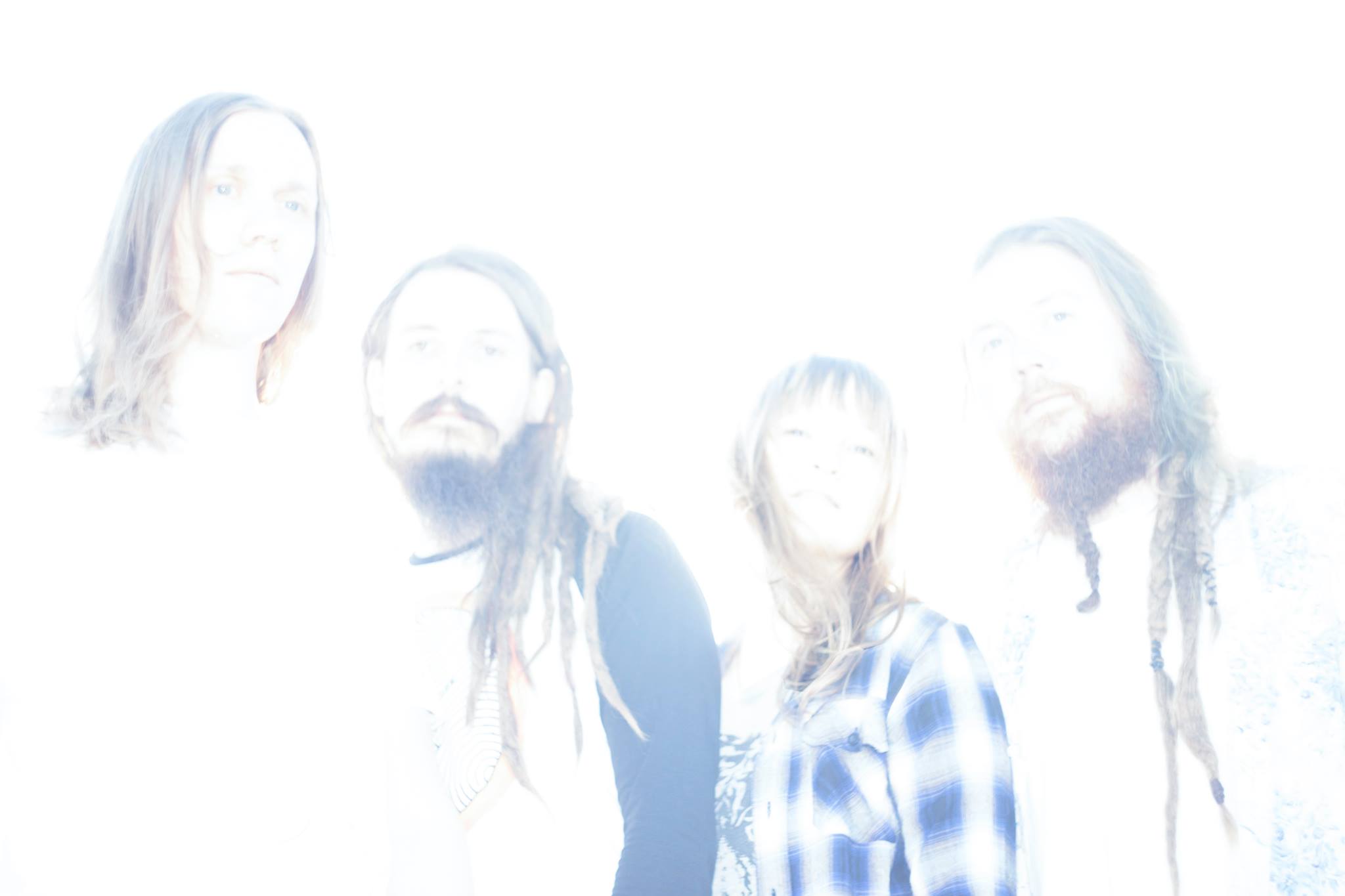 Pulsating electric bass driving the top of the mix. Ethereal vocals that shiver in the middle distance above opaque clouds of synths. Repetitive compositional structure and stark tonal shifts. Finnish four piece Horte have crafted labyrinthine sonic atmospheres at the heady intersection of post-rock, psychedelia, and noise rock since they released their eponymous debut via SVART Records in 2017. Now signed to Pelagic Records, the group dropped a music video today for single “Väisty tieltä” that provides a fitting visual backdrop for the writhing, dreamy soundscapes Horte craft with the sturdy conceptual foundation of Nietzsche’s pre-existentialist philosophy.

“Väisty tieltä” opens immediately with a bass-focused rhythm of swirling drums and ghostly walls of sound that eventually clears space for the plaintive stylings of lead vocalist Riikka. The track is composed of a few tropes that contort endlessly for much of the entire duration, but deliberate tonal shifts metamorphosize the listening experience from a fever dream to the pleasant lollings of an afternoon nap. Horte’s artful composition transports the listener via entrancing rhythmic loops and breathtaking vistas bolstered by Riika’s vocals; these disparate musical fragments knot together in complex webs, belying the assistance of Oranssi Pazuzu’s Juho Vanhanen on production duties.

The track’s accompanying music video may first appear like a contemporary art piece, but its reliance on the repetition of a few keystone tools and rapid tonal shifts mirrors its soundtrack exactly. Grasping hands and a palpitating cube symbolize the song’s industrious rhythm section, while an eerily dancing figure in face paint performs to the spacey flow of the vocals. There’s a moment where the track’s bottom end drops out, leaving wide open space for Riika’s lamentations to ring out with delicate hints of bitter sadness in a moment of somber beauty. At this exact point, the video’s harsh grayscale tones make way for a soothing concoction of warm reds and cooling blues, and the combined effect takes the listener below the track’s largely impenetrable surface of hammering bass for a brief, pacifying respite.

Fans of acts such as Anna von Hausfwolff, Alcest, and Julia Holter should take special notice of this promising project and their entrancing moods, rich production, and sweet morsels of beauty that rival any post-rock crescendo. The immersive qualities of “Väisty tieltä” should have you eagerly anticipating Horte’s next full LP, Maa antaa yon vaientaa, which is slated to drop on August 27th this year. For now, stay up to date with Horte at their Facebook, Instagram, and Bandcamp.