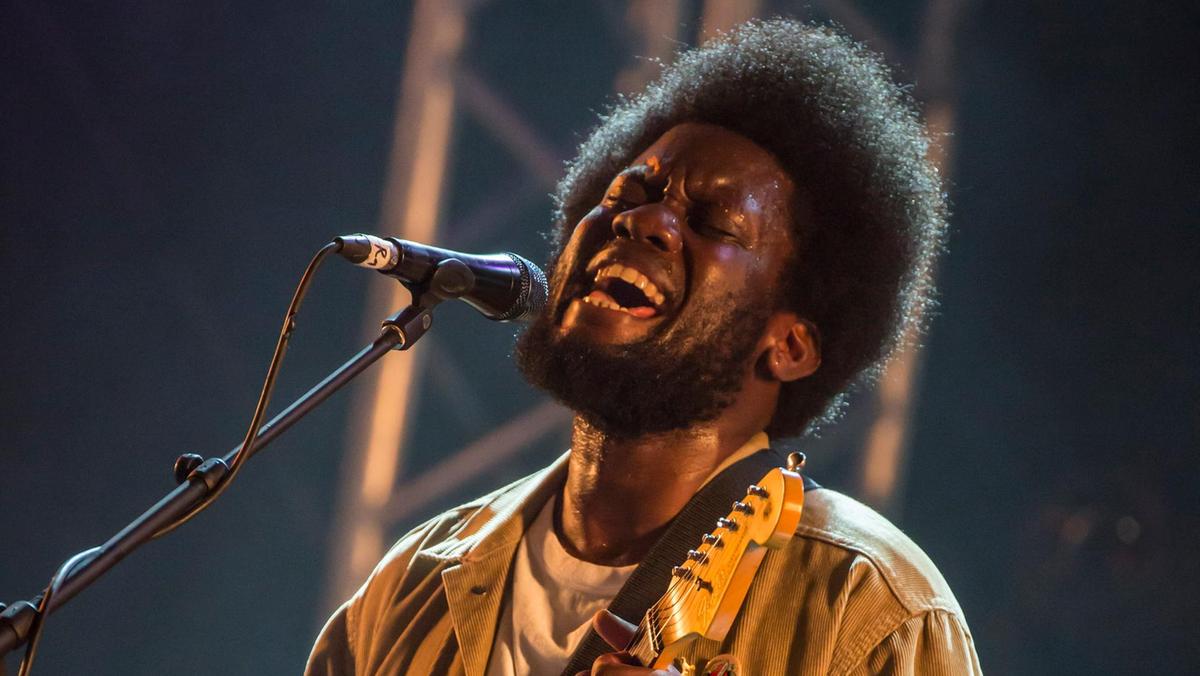 Michaek Kiwanuka returns after three years with a change in direction that finds him at his most earnest. Kiwanuka stands at the crossroads of the old and new, and coalesces into one of the best albums of 2019.

The din of a riotous crowd lies under the lilting and bouncing first moments of Kiwanuka, that is until the unmistakable hum and hiss of tube amp-distorted guitars takes over. As the rapid vocal lines are delivered and the retro production of “You Ain’t The Problem” makes itself known, it’s not difficult to see that Michael Kiwanuka is taking things in a bold new direction on this album. His previous outings, most notably 2016’s stalwart Love & Hate, were all delivered with a balance of soul, rock, and a dash of folk. That balance seems to have shifted dramatically into a more classic soul vibe, and it only takes a moment for one to realize that this was absolutely the right move. From the production, instrumentation, and cadence, this feels like it was transported from decades past, but never once does this formula feel derivative or artificial.

The movement of Kiwanuka is something that should be studied by artists and producers for years to come. Songs deftly transition from one to the next, at times using the outro for one as the intro to the next – as is the case with the “Rolling” to “I’ve Been Dazed” progression – or even a full stop and refocus on what’s to come, as with the two-part “Piano Joint (This Kind Of Love)”. The most meaningful would be the transition from “Another Human Being” into “Living In Denial”, moving from spoken word declarations of acceptance to the heavy downbeat of what follows. These segues (or lack thereof) show the listener how these songs work together as the album plays on, and make the listening experience fuller and more meaningful. It should also come as no surprise that there is neither waste nor any superfluous moments to be found; everything on Kiwanuka matters.

I normally try to avoid dedicating an entire paragraph to a single track from any album that I review, but once I heard “Hero”, I knew that rule would fly right out of the window. The minor key circle that creates the main riff starts with a washed-out, slightly distorted acoustic guitar and Kiwanuka’s vocals pitch-shifted down several octaves, giving the first few moments a direness that sets the stage for what follows. The mood reminds me of Johnny Cash’s cover of “Hurt”, what with the somber atmosphere and introspection: ‘I won’t change my name/No matter what they call me’. The questioning continues even as the song picks up in pace and its somewhat docile nature contrasts with the sincerity of the lyrics. The darting guitar riff that pervades the track is one of the catchiest things I have heard this year. We’re even treated to a full-on distorted electric guitar solo at the close, which adds to the song in genuinely meaningful ways. The ending refrain goes full classic rock, evoking shades of “Gimme Shelter” by The Rolling Stones.

Kiwanuka wouldn’t work nearly as well without the golden voice of its namesake. “Hard To Say Goodbye” and “Final Day” do a fine job of showing the range and rich timbre of the man’s vocals. There’s a fragility to his delivery that is as earnest as it is beautiful, making each song warm and honest in a way that few others can do. Each of the 13 songs feel personal; his storytelling across each one is genuinely masterful, making the near hour-long runtime a breeze. As is evident with the title of the album and what he has said leading up to its release, this is an album about Michael Kiwanuka accepting and proudly being himself. I don’t really have any complaints with this record, as is probably just as evident. If you’ve followed Kiwanuka’s career until now, you’ll no doubt like what is offered here. You can also expect one of the most settled and comforting albums of the year, and one that will easily crack my personal top ten of 2019.