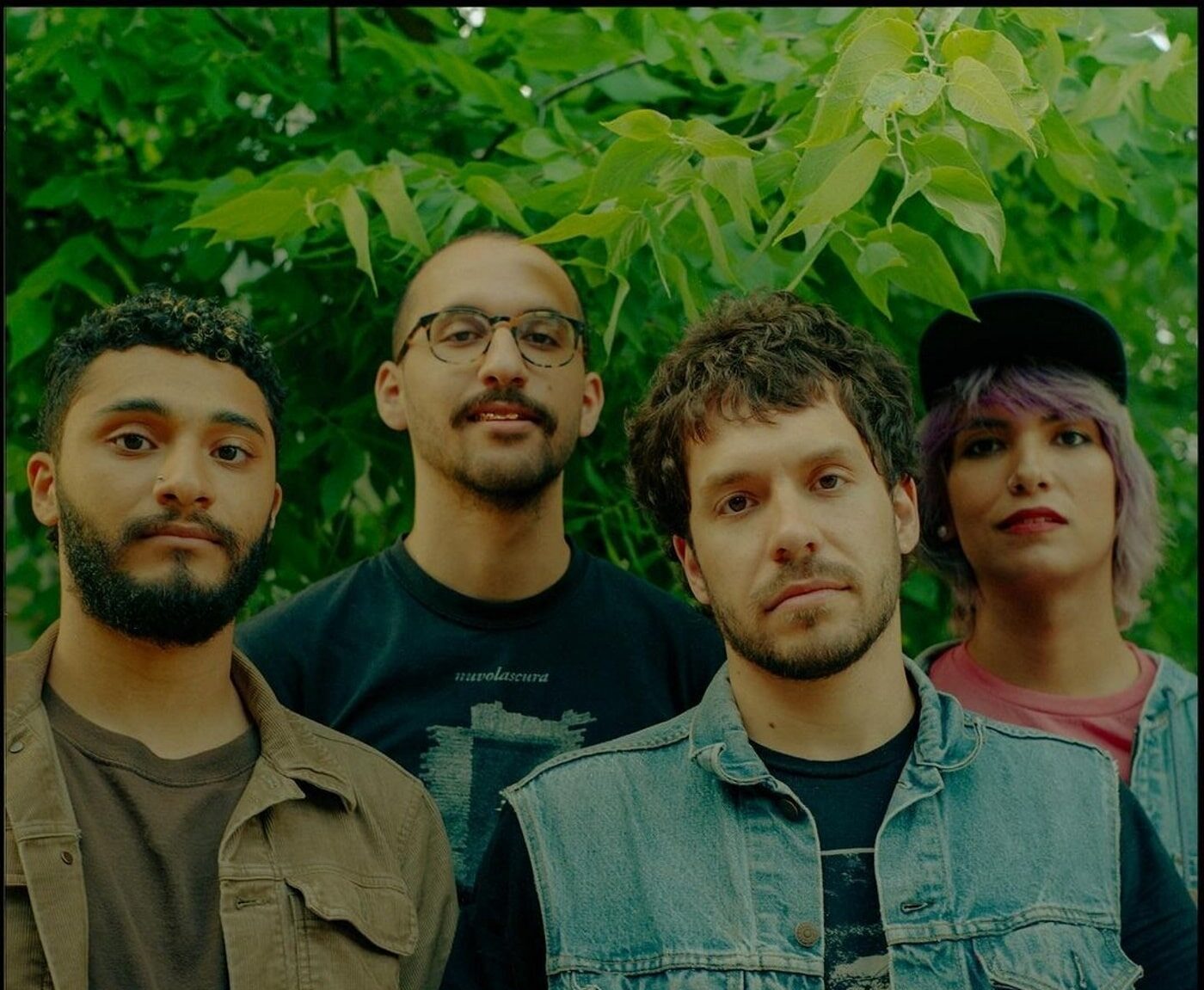 On Derramar | Querer | Borrar, Massa Nera are a force to be reckoned with as they deliver an impeccable screamo epic.

When I was first listening to screamo, Massa Nera had just released their debut album. Yet, over the years, they’re a band I’d rather forgotten beneath other bands in the scene. One of these bands are Canadian ‘post-everything collective’ Respire. They toured without their usual drummer earlier this year, and their fill-in was none other than Mark Boulanger of Massa Nera. His presence reminded me about them after a few years of relative inactivity. Derramar | Querer | Borrar (which translates to ‘Spill | Want | Erase’) makes sure they won’t be forgotten much from now on. All four members handle vocals in addition to their instruments, and as a unit, they come together with incredible energy and vibrancy. The result is an invigorating mix of their musical and personal influences, wearing their influences on their sleeves while exploring topics ranging from working life over gender normativity to mental health.

Starting the album with a 7+ minute epic is a ballsy move, but it more than pays off. “An Endless Cycle // I Was More Than The Weight of My Work” is an album highlight and one of the most impressive screamo songs I’ve ever heard. It has everything you could ask for: a healthy mix of clean, introspective vocals and throat-shedding release, while musically having a balance of gorgeous twinkling and dizzying chaos. The atmosphere and control exhibited is admirable and sets both expectations and standards high for the 42 minutes that follow.

“Hipocrita” is the only Spanish language song on the album (despite its title) and manages to continue the tone while having a more restrained and almost droney sound than the opener. The album seamlessly move into “Lost Faces” through feedback and a simple, repeating riff before it also breaks into life with more intense feeling and vibrancy. 4th track “Adrift” begins similarly, without the song preceding it apparently finishing. This stream of consciousness, full of highs and low, while evolving as the album moves on, is another impressive feat. The dynamics and atmospheres being experimented with are almost mind-blowing, there are so many gorgeous moments in each track, but the more hardcore assault of their sound is as crushing as the emotional feel they create. These songs don’t necessarily sound alike, but played together create a coherent feel throughout the first half of the album.

“Shapeshift” latches on to the end of “Adrift” by continuing the vitriolic energy with some classic emoviolence – that’s before it takes a sudden turn into an interlude of sorts. I do find that it breaks up the flow of the album and takes me out of the immersion that was constructed so well to start Derramar | Querer | Borrar. I will say that a little rave never hurt anybody, but the 5-minute electronica offering affects the album to its detriment. At the drop of a hat, we’ve been taken away from a screamo album and onto a Gran Turismo loading screen.

This break in immersion does offer some relief before being thrown back into the screamo, though, and this sudden turn into the left-field keeps the listener on their toes, showing off the band’s confidence and creativity. “April 7th” is another exciting, extremely interesting song on the album. One reason for this is Boulanger’s drumming, which is a constant highlight exhibiting so much creativity and skill. There is a beat on this track that sounds like something Matt Tong laid down on Silent Alarm, just as the opener has some strong Latin American influence and there is even a dance-punk beat thrown in. You can hear a range of drumming, even picking out these sounds and influences. Yet, it becomes as a very coherent style while managing to maintain a great rhythm section to underscore the guitars, which move in and out of rhythmic design.

“Eyeless Faces” is another highlight. It’s almost the shortest song here, and it damn sure is the heaviest. It almost completely strips the band of its sensitive side, replacing it with chaos and ferocity throughout. It shows off the emoviolence influences that still feature heavily in that it’s a straight forward assault that really balances the back half of the album. Returning to the indominable flow of the album’s first stretch as it ends by segueing seamlessly into “Wanting”, this song takes the immediacy and balances it with the atmospherics they exhibit, managing to straddle both without losing the intensity of either. The back-end of this album is just absolute quality. The way” You Mean So Much More To Me Than Misery” continues on, moving into intensity, into histrionics and back down is something to behold. The duelling guitars in the left and right ear are twinned with a cello piece, as the rhythm sections continues to hold it down and spark it into life with the vocals. How Massa Nera build and expand this piece is reminiscent of the aforementioned Respire, adding an extra layer of intrigue to the album.

The final segue into “Anchored” isn’t quite as seamless, but it does set it up from scratch, a fully realised final cut of the album. It’s another occasion where we hear Massa Nera expertly balance all facets of their sound into a coherent whole, being gorgeous, crushing and just a brilliant listen. At this point, the album seems to reflect almost upon itself. ‘This feeling is lingering, everyday I wake up feeling defeated… I’ve spent years focussing on self-reflection just for everything to crumble’ is a potent part of the song, which goes a long way to summing up the feeling of the album. A self-reflective journey has ended in “Anchored”, feeling so well put-together yet on the cusp of falling apart; that’s the edge of control and chaos they’ve walked along for a full album.

Derramar | Querrer | Borrar is a brilliant piece of screamo. While some legendary bands have returned this year, maturing away from their screamo roots or having become diluted in giving their two cents (while Relapse Records make a few dollars), Massa Nera have laid down a marker that doesn’t just challenge their current output, but the classics they released in decades past as well.