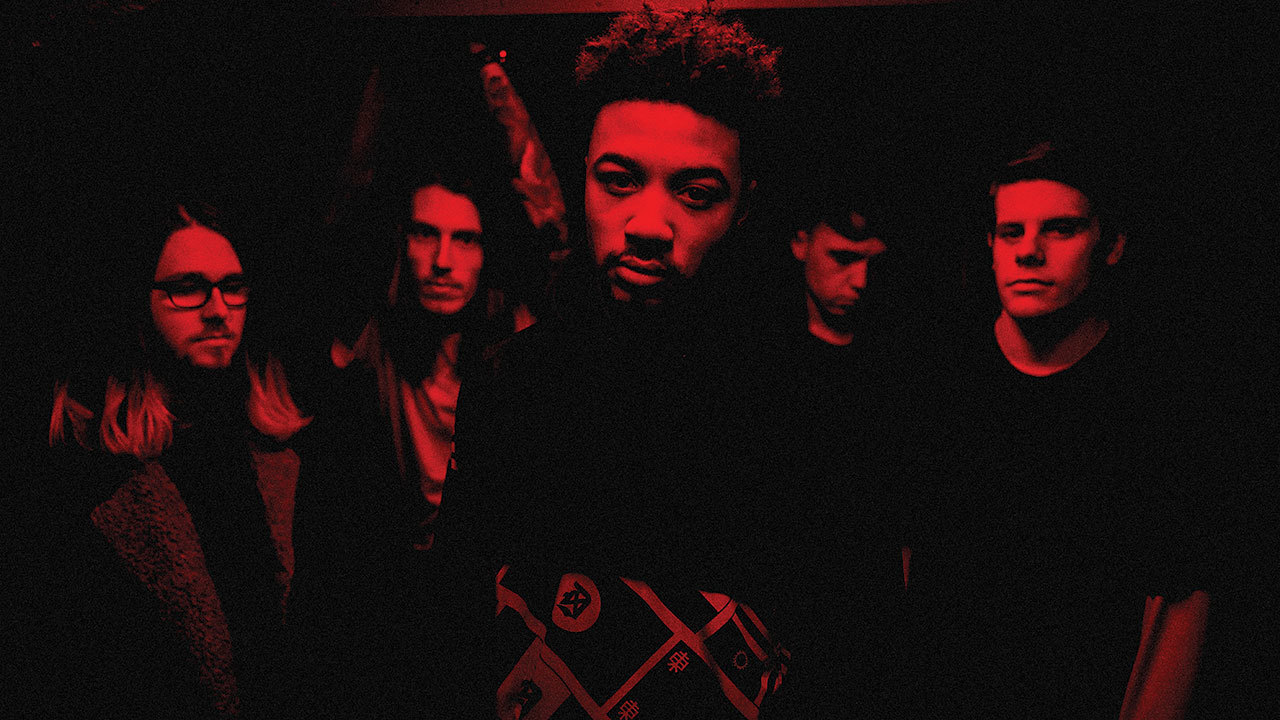 Loathe – “I Let It In And It Took Everything”

By Faisal BinzagrFebruary 5, 2020 No Comments

UK heavy music experimentalists Loathe return with I Let It In And It Took Everything, a strong sophomore release that fleshes out and brings to life the identity seeded on their debut. While they needlessly limit themselves to the same handful of sonic elements, the result is elevated by attention to detail and pure conviction.

When UK heavy experimentalists Loathe first emerged onto the scene in 2017 with their debut album The Cold Sun, they joined a loosely affiliated musical movement whose identity had begun to coalesce round Code Orange’s album Forever, released earlier that year. Since then, this musical collective has been covered in depth by the media, its numbers expanded, while (some) degree of effort has been made to define its traits. To my ears, the only thing these groups truly share in common is an affinity for ultra-processed, abrasive hardcore with an ear for groove. Loathe certainly fit that description in 2017, and while I enjoyed their Deftones-meets-Meshuggah approach to the genre, I felt the album was too brisk to fully realize what they were trying to achieve. I could tell there was something more aspirational bubbling beneath the surface, and now their follow up I Let It In And It Took Everything has arrived and validated my suspicions. On their sophomore release, they’ve fully given life to the vision hinted at on The Cold Sun, delivering a generous fleshed out slab of darker, weirder, heavier, and dreamier Deftones-Meets-Meshuggah hardcore nightmares.

At 50 minutes or so, this is a lengthy affair for a hardcore-leaning record. It allows Loathe to fully indulge their various influences and showoff their ability to meld them all to great, seamless effect, in a manner surprising for such a young band. There’s a nuanced, detail-oriented ethos on display that’s rare for the genre, and you can’t help but appreciate it. While some time is wasted getting things started via an unremarkable prologue (seriously, why do so many bands do this? Just merge it with the first track proper if you’re going for a buildup), we’re soon compensated with three tracks of back to back mayhem, showcasing in full just exactly how Loathe are here to play. “Aggressive Evolution” punches you in the face with screechy leads, filthy gnarled vocals, and deep grooves tuned so low the band must have opened up a black hole in the studio while recording. This all seamlessly gives way to a soaring chorus that had me checking to see if Deftones’s Chino Moreno was featured on vocals. The song is followed by “Broken Vision Rhythm” that just says ‘fuck it’ to subtlety, attacking you with uptempo industrialized thrash and mosh-conjuring breakdowns – in a manner highly reminiscent of the heavier tracks off Cane Hill’s Smile. The three-track quality streak concludes with “Two-Way Mirror,” a terrific radio-friendly single with overprocessed drum beats, dreamy 90s alt-rock vocals, and shoegaze fuzz chugging. While it’s utterly unlike the preceding two tracks in temperament and style, it somehow still fits – courtesy of the same alien ambience that permeates all three songs.

There’s less to say about the rest of the album. The reason being that the first three tracks do such a comprehensive job showcasing what Loathe are here to dish out, that what follows is usually a reconfiguration of what you’ve already heard. There are exceptions, such as the isolated, haunted notes on “New Faces In The Dark” (they sound like piano keys, but they’re so distorted I can’t be sure) giving way to a filthy breakdown. Or the pinnacle of their cross-genre  experiments (“Is It Really You?”), where 80s synth meets meandering clean vocals reminiscent of Taproot, meets warped whispered vocals, meets menacing psuedo-breakdown. Then there’s the final track, the title track “I Let It In And It Took Everything” which bookends the record with a banger, serving as the culmination of everything you’ve heard plus a little extra. There’s something about its punch that feels more finely controlled, though no less vicious, and is an excellent album closer. In general, the record excelled in its distribution of tracks and overall pacing.

I do wish Loathe had done more. It’s an ambitious release, and with its attention to detail and sheer competence, I have no doubt they could have experimented a bit more outside the boundaries of their chosen elements. I love Deftones, but the clean vocals sound exactly like Chino Moreno. It’s a quality imitation, which only proves the chops of vocalist Kadeem France. I hope on the next record he takes the plunge and expands his range, because I have no doubt he’ll nail it. The same could be said for the instrumentals, which are on point, but splicings of things I’ve heard before. Every band is the sum of its influences, but the ratio of imitation:inspiration feels skewed against this record more often than not.

I enjoyed this album. I was blown away by the performances and polish. I’m a huge fan of the genres Loathe dabble in. More than anything, I was pleased to see them succeed in fully realizing their vision. I Let It In And It Took Everything is a huge improvement over their debut, and a strong addition to the collective of artists performing similar styles of industrialized hardcore. It’s evident that among them Loathe are particularly skilled, and I look forward to their continued growth and successes to come.