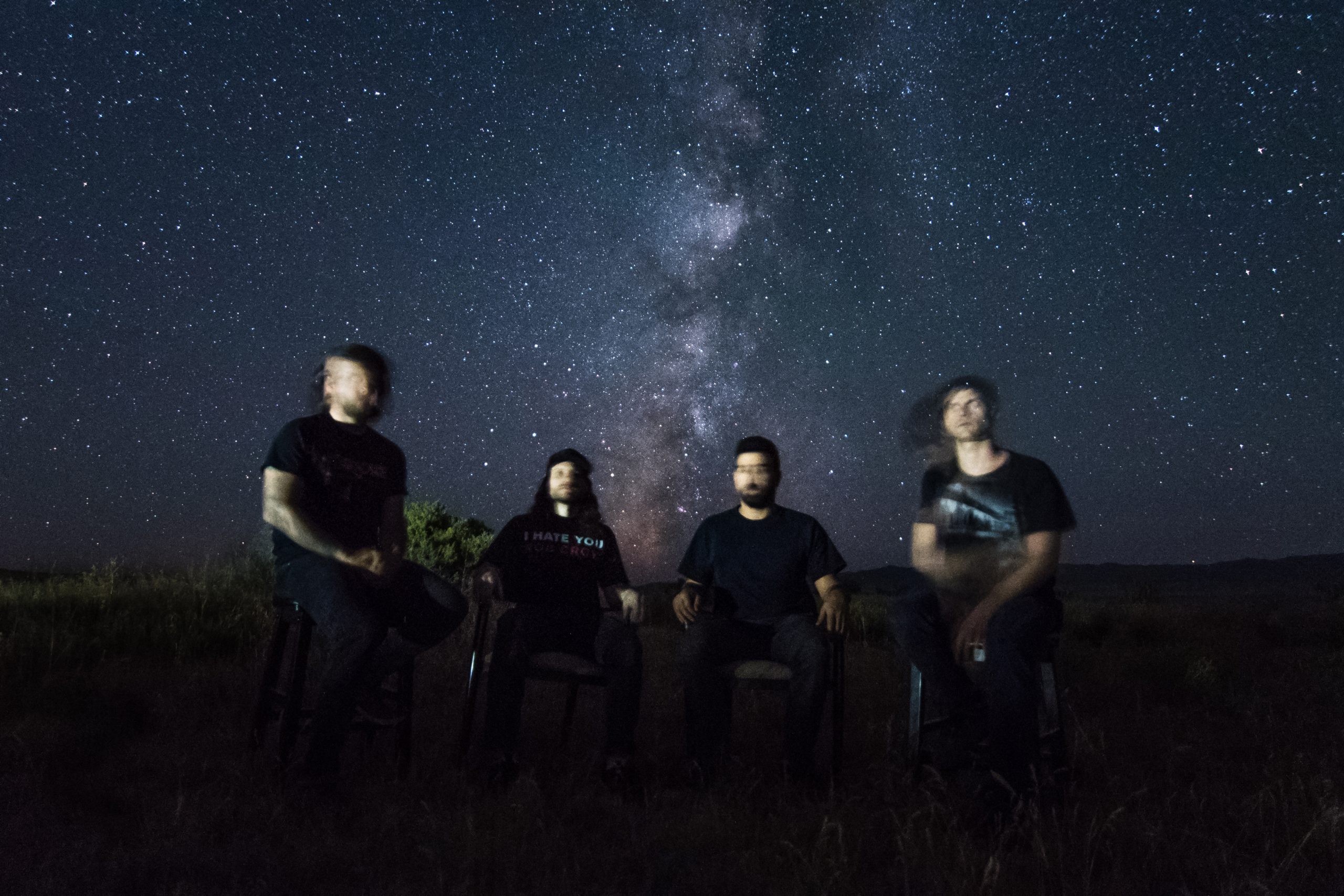 By Billie HeltonFebruary 6, 2020 No Comments

What do you get when you drench math rock in a layer of gaze? One of the most refreshing and original albums I’ve heard in a long time.

Dead Wait is an album that came out of nowhere to me. I didn’t know anything about it until everybody in the Everything Is Noise group chat was suddenly going wild for it the day of its release. I only had to hear a bit about it to be sold on a listen. Similarly, once I heard it I was pretty much all in from the very start of the opening track. Gloe have really created something extraordinary here, and I mean it when I say I’ve never heard anything quite like this before.

I am always looking to find music that sounds incredibly unique. Aside from it being good (obviously), the main thing I like to look for in music is originality or diversity. There’s only so much you can do with a limited number of notes existing in music, but here we are, thousands of years into the creation of it and still finding new ways to do shit with it. From the opening minute of the opening track “Dead Wait” I knew this album was something special, but the deeper I go and the more I listen, the more incredible it becomes.

Dead Wait is a bit of math rock, a dash of progressive post-hardcore, and a ton of great, gazey goodness. There is a nice contrast of heavy, incredibly distorted rhythm arrangements with psychedelic, mathy riffs and ethereal high-range vocals drenched in reverb. The band’s style of play is really hard to relate to anything else, and that’s the thing to love most about it. It’s a wildly original meeting of elements, and when trying to compare it to any other artist or band, I have a hard time thinking of any that even begin to describe it. Imagine if Circa Survive had a child with Delta Sleep and then let The Fall of Troy and Slowdive babysit. There’s a bit of Anthony Green and Donovan Molero in the vocals, mainly due to the incredibly high octaves the singer seems very comfortable in.

“Kimothy” is one of the coolest songs I have heard in a long time, possibly ever. I’ve listened to it at least twice a day since it came out. My last.fm account shows thirteen listens as of writing this, with its release being six days ago. I’ve listened to the full album several times through already, but this song in particular is easily my favorite. The intro riff is groovy and catchy, with a slightly off-tempo drum beat that makes it stand out immediately. Just under a minute into the song, it goes into this incredible part with a steady groove locked in that is interspersed with mathy noodling every couple of measures. After the chorus, the second verse begins in the same style before breaking off into a really wild moment and then veering off in a completely new direction. There are a couple style changes like that in this track. It feels like The Mars Volta throughout the middle, before winding down into an ambient drone at the end. I could probably write a whole review on this one song alone, but this one giant paragraph will have to suffice.

Gloe call themselves ‘mathgaze’, and I can’t think of a better term. Dead Wait is also post-pretty much everything, and their Facebook bio says the exact same thing. “As Within” is more of a post-rock track, for example. It feels very This Will Destroy You instrumentally, with the heavy distortion and shoegaze elements present as ever in the mix. It begins with a grainy guitar chord absolutely saturated in fuzzy feedback. Over top that pounding guitar are the more psychedelic leads that permeate every track. There’s a slow build until a small instrumental break, and then it picks up heavier and more focused than before. The vocals are one element that still sets it apart and give it the completely different tilt that makes it one of the most unique pieces of music I’ve heard in a long time. The end of this song flows directly into “So Without” with a frenetic line of bass notes that are pretty jarring if unprepared. The contrast in names is a nice touch, as these two songs are fairly different in composition. They are written so well, though, that they still run together feeling like one big continual track.

I personally have a hard time keeping my attention on really long albums, and there are some lengthy ones I really enjoy but find daunting to listen to in a single sitting. That being said, I really wish Dead Wait was longer than its 58 minute runtime. There isn’t a single wasted second in my opinion, and this culmination of all my favorite genres in one package is like a dream come true. This is something I could listen to a couple hours straight of easily. Double albums are something I shy away from, but I would listen to a triple album from Gloe in a heartbeat. Dead Wait isn’t just a meeting of some of my favorite styles of music – it’s the meeting of some types of music I never thought I’d hear in one single setting, and it’s done so well that I can’t wrap my head around how much I like it.

I’ve tried really hard not to just wax poetic about how much I love Dead Wait, and have done my best to explain what about it makes it so special. It is truly unlike anything I have ever heard, and any time I can say that about an album I get really excited; I have never been able to say it about an album that somehow incorporated both my favorite genres and shades of my favorite artists into one complete package. I was completely taken aback by its delivery from front to back. Every track has standout elements that have been stuck in my head for days now, and I haven’t slowed down on my listening. I love this album so much that I want to be best friends with all the people in this band. There are half a dozen other albums I’m itching to check out, yet every time I put my headphones on I go to Dead Wait like it’s instinct. It is just that good. If you like math rock, post-hardcore, or really just post-anything, this has to be at the front of the line for albums to hear in 2020.