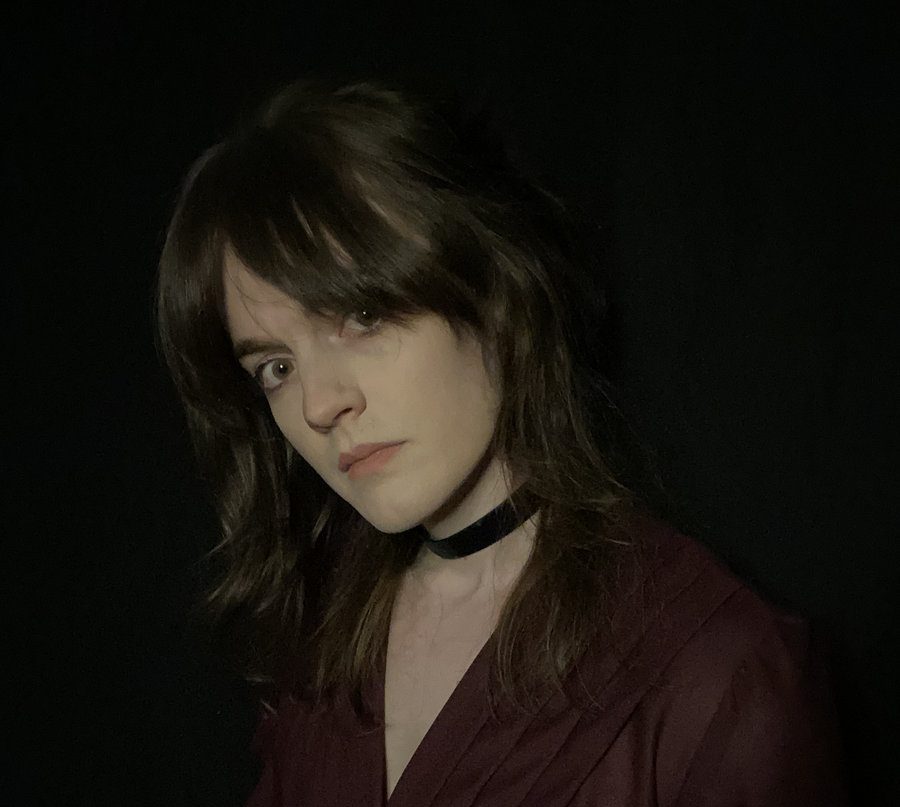 Liturgy – “Origin of the Alimonies”

Liturgy have done it again. They went and dropped yet another mind-boggling piece of art that you need to experience for yourself in order to believe it.

There is something about incredibly eerie and unsettling music that I cannot help but listen to with genuine curiosity. Liturgy’s newest effort takes that deeply disturbing vibe and expands on it so much more. Throughout Origin of the Alimonies, each twist and turn is completely unpredictable and bound to leave you wanting more. This record is one that shakes me to my core, but I can’t stop myself from listening to it. I have the same fascination with Liturgy’s music as people who willingly explore haunted, abandoned places for fun. It both terrifies and excites me at the same time.

Ever since I first stumbled upon Liturgy with H.A.Q.Q., released just last year, I haven’t been able to quench my thirst for this type of experimental and unpredictable music. Very few artists can create something like this in general, and Liturgy mastermind Hunter Hunt-Hendrix does this in her sleep. H.A.Q.Q. is the perfect example of what can be done with a genre as stagnant and oversaturated as black metal is. Upon my first listen to that record, I honestly thought my computer crashed at several points throughout the opening track, “HAJJ”. The absurdly glitchy electronics and ryuteki flute are tastefully blended together, weirdly enough, into the black metal madness that is engulfing you at almost any point during the song. This first exposure to Liturgy grabbed me by the throat and assured me that I was in for an intense beating. It was a beating I’d gladly experience again.

Just over one year since the release of H.A.Q.Q, and we already have a new full-length, Origin of the Alimonies. Hunt-Hendrix’s newest effort proves to be one that is much more daring and cohesive, as if H.A.Q.Q. wasn’t daring enough. Featuring an eight-piece chamber ensemble, Hunt-Hendrix aims to be even more provocative than ever. The ‘novelty’ behind H.A.Q.Q was that shocking, mind-melting electronic infusion, in a somewhat ‘gimmicky’ way, for lack of a better word. This new record takes those electronic tendencies, dials it back a tad, and blends it into the music in a more fluid manner, while allowing the chamber ensemble to go absolutely berserk at the forefront. I honestly cannot imagine what Liturgy does next, but I can assure you that it will be something unreal.

“The Separation of HAQQ from HAEL” starts off the record in the most sinister manner possible, with a sustained note from a flute accompanied by the violin. This bleak opening is followed by the trademark Liturgy dissonant tremolos, only this time with the supporting ensemble, as is the musical theme of the record. The ensemble only amplifies how purely dark and terrifying the music already is. This type of sound is what you’d hear in the background during the introduction to the most evil villain imaginable in a movie. There are few sounds that are as sinister as Origins of the Alimonies. It is an evil entity that you cannot hope to pry yourself from, as your curiosity will get the best of you.

“SIHEYMN’s Lament” is one track where you cannot decide whether this mishmash of dissonant clashing sounds works or not; I say that in the best of ways. The fusion of experimental hip-hop beats with malevolent, discordant piano melodies really gets under my skin with how contrasting the two sounds are. Furthermore, the dark jazz improvisation section in “The Fall of SIHEYMN” makes that song sound like it is falling apart at the seams. Despite it all, it just works. It is pure calculated madness; I love it and hate it at the same time.

Origins of the Alimonies closes out in the most extravagant of ways with “The Armistice”, as it is pure symphonic mayhem. Once the climax to the closing track hits, the blissful cacophony makes me feel as if my soul is leaving my physical being, and it’s just emotionally overwhelming in the best of ways. It is hauntingly beautiful yet heartbreaking at the same time. This closer is an intense, emotional explosion that couldn’t be more appropriately placed in this album. Once the final distorted guitar chord fades out, your exhausted mind is soothed with the smoothest of harp melodies. Your soul is finally at rest. I understand that Liturgy‘s music is incredibly difficult to digest, moreso than 99.5% of music out there, but if you had to listen to one track on this record, it should be “The Armistice”.

Origins of the Alimonies is a much more elaborate and cohesive record than its predecessors, as Hunt-Hendrix and co. are refining their undeniably unique sound and taking it to new heights. You could listen to any song of theirs, even something of theirs you’re hearing for the first time, and I guarantee that you’d be able to instantly distinguish it as the evildoings of Liturgy and no one else. Hunt-Hendrix has crafted an undeniably ambitious musical entity that is unparalleled in the realm of black metal and in general. We need more artists like Liturgy, as they are taking black metal by storm alongside Imperial Triumphant and Oranssi Pazuzu. This is one of the most unsettling records I’ve heard, and I implore you to check it out, at least for the experience.