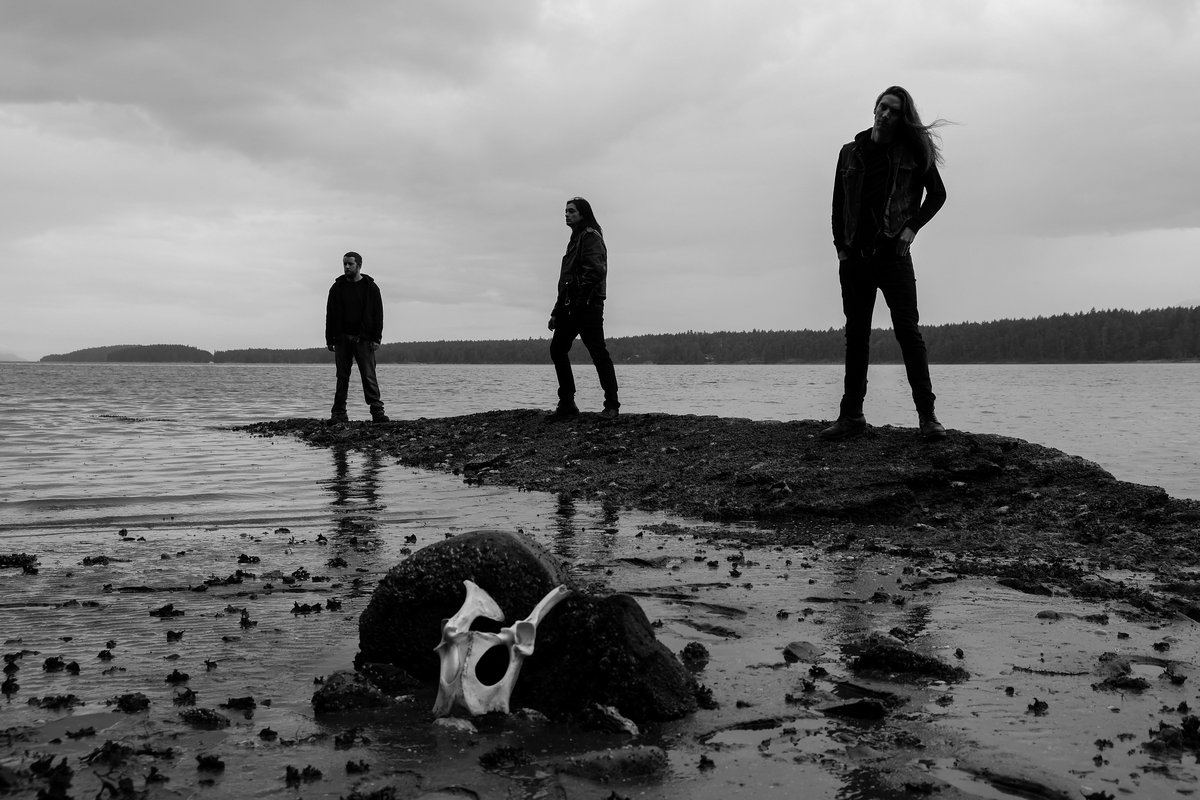 It’s been a wild year. It feels like an age since I wrote my last review, and yet, now that I’m back here, it also feels like no time has passed. Liminal Shroud’s All Virtues Ablaze feels fitting for this article – its release at the start of August marks it as incredibly recent, yet its gentle misanthropy and introspective chord movements feel as old as time itself. More than once, I found myself called back to a time in my life when Krallice was a defining force in my everyday existence. I adored that band, their ancient loric subject matter, their arching, mantric melodies. I would listen to them constantly, I analysed their music for school projects, learnt, with my rudimentary bass skills, to play a few of their songs. All Virtues Ablaze carries a similar mystic weight, a sense of awe at the complexity of human existence.

As I was first listening to the album, I couldn’t put my finger on why I was drawn to it, yet I feel a part of me knew it would be important. When a few days later, an aspect of my life crumbled due to a blunder rooted in my own lack of foresight, I found myself immobilized by a complete lack of desire to do anything, to even attempt any task for fear of disappointment, and I turned back to this album and heard it with what seemed like new ears. I identified with it on a level I hadn’t expected to, that was deeper than its musical ideas. Between the glassy bass tone, thick, sweetly agnonised guitars, and delightful harsh vocal layers, I felt it expressed everything I was feeling: raw disappointment in myself, a general sense of bleakness, jabbing misery, anger, to a lesser extent – and also moments of clarity, hope, and compassion. As you can probably already tell, this review is going to get a little bit… flowery. Impressionistic, if you will.

I was anxious about writing this review, and I was stuck for a while. I couldn’t seem to put together well-structured paragraphs about the songs, I struggled to put into words specific moments. Had it been too long? Had I lost my vocabulary? And then I understood – All Virtues Ablaze just needed a different approach. The album consists of four tracks, and yet it feels like one big song. Discussing it in parts seems counter to its intention – from its dramatic opening on “Hypoxic”, to its understated ending at the closing of “Transmigration II – The Cleansing Ash”, it flows like a river, at times calm, at others turbulent. I feel carried, as if my conscience were contained within a boat, borne on All Virtues Ablaze’s waves of tremolo guitars, blast beats, and thick vocal layers.

Black metal, to put a crude name on such a multifaceted, and often conflicted genre, is saturated. Even outside of its more traditional forms, bands and albums seem to go for miles in all directions. Honestly, to me it feels like there’s not much left to be explored – it’s more like the same stories getting told over and over by different people, the same event inspiring different painters, different peoples looking up at the same skies and creating adjacent mythologies around what they see. As such, it seems pointless to discuss All Virtues Ablaze as a combination of musical elements, because, in many ways, it is exactly what you’d expect when we break it down like that. What sets it apart from other releases in this genre, and what sets those releases apart from each other, is its emotional content, the more abstract forces behind the music. That having been said, All Virtues Ablaze is an incredible piece of music, and its brilliance becomes more apparent with each subsequent listen.

As an example of a very tangible, physical reaction to it, let me briefly talk about its final track, “Transmigration II – The Cleansing Ash”. The first time I heard this album, and every time since, even when I know what’s coming, I feel my face soften at the gentle beauty of this song’s intro. This track is truly fantastic, sweeping, dark with sadness, anger, and steely resolve. There’s so much going on musically that I couldn’t possibly hope to capture it all in words, even if that had been my intention for this review. It takes me on a very conscious journey every time, 12 minutes long yet never dragging, harking back, it seems, to Dimensional Bleedthrough-style Krallice, 10,000 Days-era Tool, and Opeth’s Still Life, yet with a distinctively unique touch to it.

All Virtues Ablaze is an album created, it seems, for people just like it – complex, a little dark, subdued and withdrawn, yet, at their core, deeply emotional. We meander our way through life’s trials, always aware of our own suffering, willing it to end, and when it does, quietly and undramatically, we are left a little bit hollow, with little closure or consequence, yet not the same as we were before. We deeply analyse our personal burdens, yet are unable to fully comprehend or process what we see, and, instead of stating our miseries aloud, gently turn in on ourselves and try to find some kind of beauty or solace in their familiarity. Shrouded in metaphor, our anxieties, insecurities and failures become waves of sound, lapping at the shores of self-awareness, but never breaking.

I don’t think I’ve ever written a review this cheesy for an album that is distinctly not. All Virtues Ablaze is not groundbreaking, but it is a fantastic example of what atmospheric black metal is capable of expressing, both musically and at its emotional core. I’ve really enjoyed spending time with this album, believing I saw myself reflected in its shimmering melodies and crackling chord progressions, and I’m sure it’s a mirror I will come to utilise time and again.