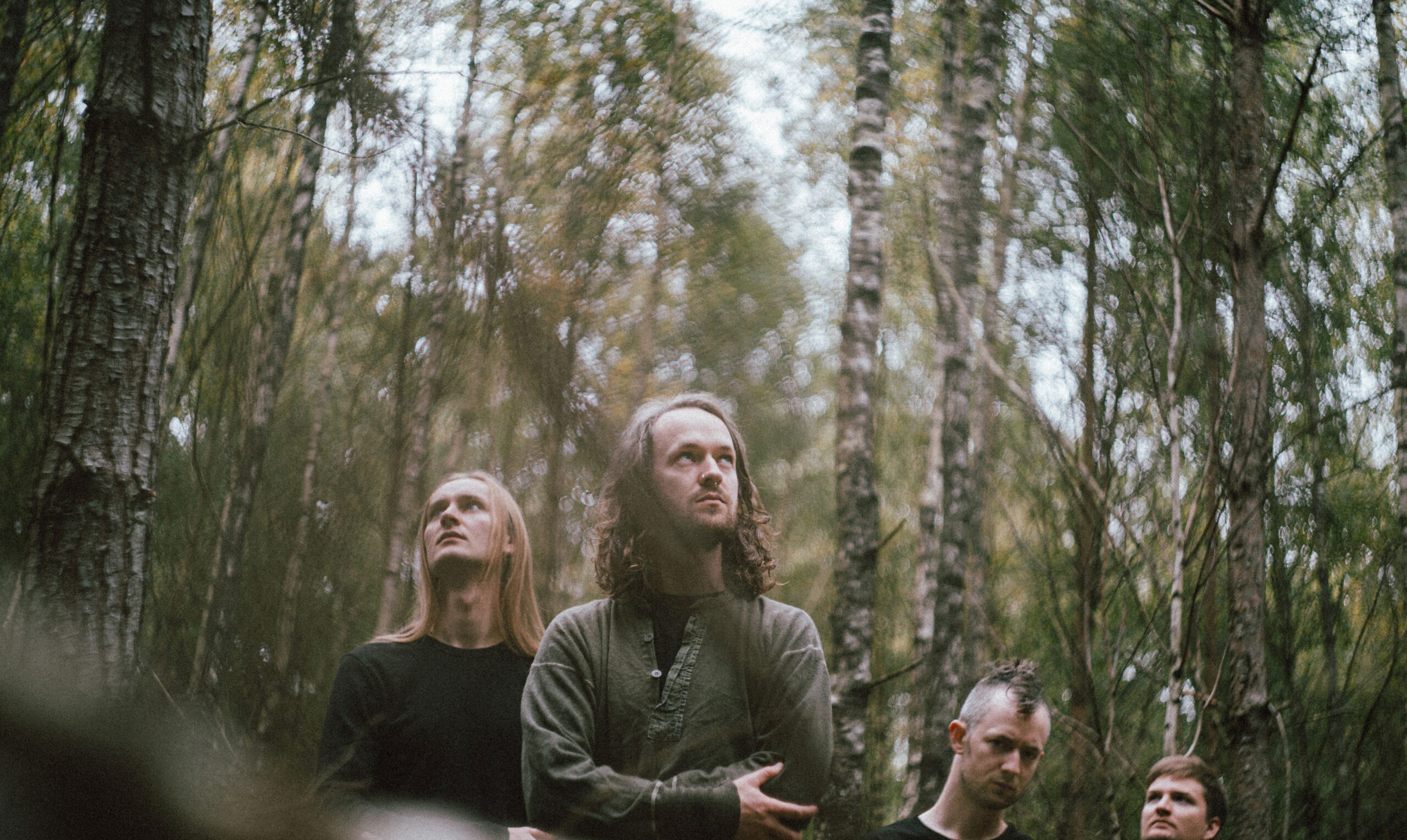 Feather Mountain – “To Exit a Maelstrom”

To Exit a Maelstrom is a massive stride forward for Feather Mountain with its exciting collection of crushing riffs and glorious melodies.

Picking albums to review off the Everything Is Noise review list is one of the more difficult tasks in life. There may be one or two more obvious projects that I’m looking forward to hearing, but for the most part I like to try and pick an artist that is new to me. Rather than go in completely blind, though, I’ll try to get a listen to a track or two that the artist has previously released to see if it might be something that takes my fancy.

Feather Mountain was one such artist, although with a bit of a twist to my usual thought process. Flicking through Nidus, the debut album from the quartett, I wasn’t immediately taken in. The tracks felt a little messy, as if it were a band that weren’t entirely sure where they wanted to slot in. But there were some great moments hidden within, showing that Feather Mountain had a lot more promise than this good but fairly average debut album would suggest. Which led me to putting my name beside To Exit A Maelstrom to see if they could fulfil this suggested potential. The short version of this review – they have.

To Exit a Maelstrom takes the ideas from Nidus and refines and grows them, all with much slicker production and a beautiful backstory just to add to the magic. Feather Mountain had initially planned for their sophomore album to be a concept album – alas, life did what it has a tendency to do and got in the way. With the father of founding members and brothers Andreas and Christian Dahl-Blumenberg becoming ill with Alzheimer’s Disease, ‘the rehearsal room also became a space for conversation and relief and together, the four decided to write an album with a thematic focus on the current central events in their lives. Aided by their internal friendship and trust, the music created a space in which the hardships of life could be articulated and confronted.’ The end result being the eight tracks that form together to make To Exit a Maelstrom. Within these, Feather Mountain have managed to excite and intrigue, keeping the listener on their toes throughout with a great mix of the brutal and the serene. The contrasting textures within tracks, along with a nice mix of subtle build ups and surprising transitions, keeps things interesting and will leave you hearing new things on repeated listens. Having three members providing vocals certainly helps in this respect, but it is the music that really shines through in To Exit a Maelstrom.

“August Mantra” is the album opener as well as the final single before the full album release, and it sets the scene brilliantly for what is to come with its mix of soothing melodies and heavy riffs . The song becomes a little more poignant when you learn that it was written just after the brothers learned of their father’s Alzheimer’s disease, particularly the crescendo to an extremely aggressive finish, punctuated by the best bass line on the album. This formula of big guitars with a range of sung and screamed vocals is used quite a bit on the album, such as on “Beneath You Pale Face” and “Bliss”, but there is enough variety to ensure it doesn’t become stale. It certainly helps when tracks such as “Air Hunger” take an even more direct approach, going straight for the jugular throughout (with another bass line that is close to stealing that top spot).

It is the two tracks in the middle of the album, however, that really steal the spotlight for me and really showcase that talent that Feather Mountain had threatened on earlier releases. First up, “Cloud-Headed” is just littered with raw emotion from its opening notes. Guitars coated in delay and syncopated beats open up the space for the vocals to shine, with the piece constantly jumping between what appears to be desperation and anger. The subject matters only serves to heighten the emotions felt through this track, the family perfectly articulating the confusion that appears to have taken over the last few years of their lives.

“Cloud-Headed” is immediately bettered by its follow-up, the epic “Sincere”. By this stage of the album, the band are perfectly locked in and in tune with each other’s playing. The gentle opening carefully crescendos to what feels like an early pay-off, before dropping to near silence and making the listener wait an extra few seconds for the loud section. When it does arrive, we hear a rare joining of the two vocal types that permeate the album, with the aggressive and soothing in unison. It is cathartic on record, so I can only imagine how it must feel to both listen to and play in a live setting. It is at this point of the album I always find myself hoping that this music has given the family the release they seek and a little bit of hope for the future.

To Exit a Maelstrom is a great stride forward for a band with bags of potential with the music they have recorded, but it has also proven to be something bigger with its very personal subject matter. You would expect that this release will prove helpful to others who are going through a similar experience in their lives, but even if it didn’t, it is clearly a record that has been worth making for Feather Mountain. There is no shortage of music that is inspired by some form of pain, but it couldn’t be clearer to hear than on To Exit a Maelstrom. As much as I have tried to describe this album, it is the words of Feather Mountain that should close this review, with as good a description as you will find – which should be more than enough to convince you to head off and hit play.

‘It is an album about fighting ones way out as a relative, up from the maelstrom, to heal ones wounds and return to life with new perspectives, which are undeniably delivered to those, who once stood on the bottom and gazed upwards.’