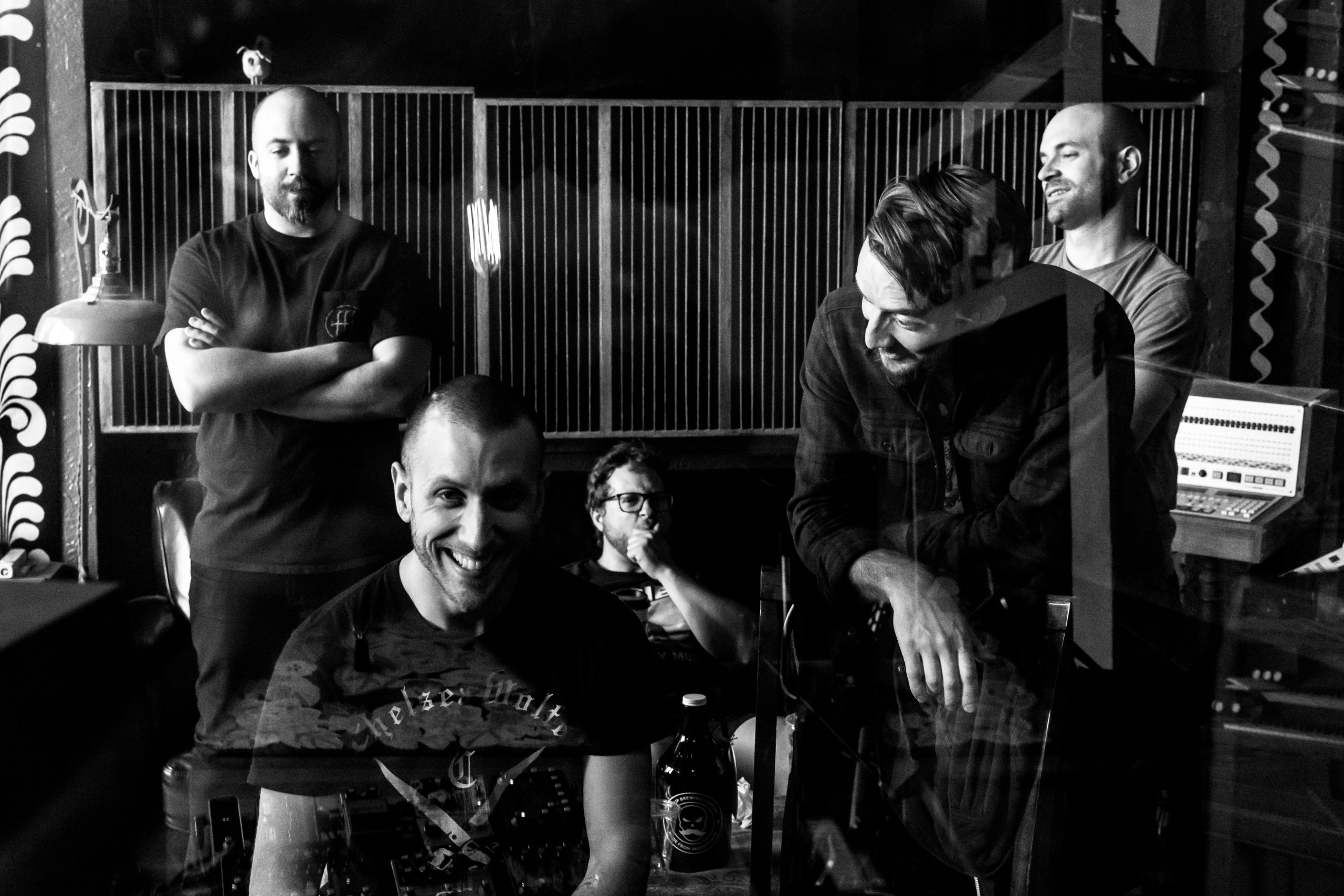 Lesser Glow return with a spellbinding piece of work that delivers a network of emotions in one consistent hit.

Ask me to find you a musical example of sublime beauty colliding head-on with monstrous excesses of heaviness, and I’ll come back to you in a truck loaded with records. Since the dawn of distortion, many with a taste for heaviness have sought to compliment this loudness with an equal level of softness. It’s no surprise to learn, then that there are many ways of achieving this effect.

I guess it’s a question of keeping these traits fresh after so many decades of beauty-meets-beast in music. Cue Lesser Glow: their new album Nullity takes the genetic constructs of abrasive metal and fuses them with the emotive, ethereal movements of progressive melodic composition to such a fluid resolve that they are near-inseparable. This is an album with enough depth and substance to pull you in, keep you there, and feed your emotions to their bursting point in the process.

The most obvious part of the band’s remarkable intuition is the tempo. Besides the opening galloping progressions of “Versterven”, the rhythm remains strictly doom-based across the entire album – foreboding, patient, and with suitable breathing space for all occasions. It means that the melody and the clean vocals can project themselves with haunting, unavoidable notability, and that the riff-backed rasps of the record’s darker moments can mark their presence for indefinite periods. No singular element of Nullity is quick to leave our ears. Every progression can be compared to a tsunami of sound, carrying a great weight in its waters. In every figurative respect, the album is massive.

The only task left then is to decide which parts are your favourite. There are so many segments to Nullity‘s dark unrelenting narrative that you’ll be hard-pressed to come up with a quick answer. It’s possible, however, that your initial perceptions may settle on the third track, “Fostering this Nullity”, which is a song of such staggering brutality and wonder that it may well stick to your brain for a long time after listening.

However, it’s also important to consider that this album is so pure and consistent that individual tracks are merely small components of the overall final sum. For full effect, one must sample Nullity in its entire scope and absorb the tones and their seamless transitions as one unrelenting cascade. The transfixing nature of the music is such that the more a listener gets lost in the overall stream of sound, the greater the benefit.

Naturally, some credit is due to the time and attention gone into the tones, the mixing, and the production. ‘Immaculate’ can be used to describe all of the above. I suppose, for the purpose of this particular review, I’m drawing from feeling alone, as I stand flabbergasted in face of the end result. On Nullity, Lesser Glow draw from many things gazey, doomy, stonery, and sometimes grungy – of this there is no doubt, but ultimately it elevates itself above all of these singular tropes to create an opus of individual and unquestionable depth.

It’s clear that this band have their own way of doing things, but what isn’t quite so clear is just what kind of magic spell they cast to make this music happen. From start to finish, the sombre and intense movements of Nullity do not cease to hypnotise, stun, and amaze. Lesser Glow display an astounding level of natural ability and intuition to create an art form as pure, beautiful, and deadly in its intent as any record can aspire to be. From voice over composition to rhythm, it all fits. The result cannot be taken lightly, and should not be overlooked. This album is a stunner, as you’ll have the privilege of finding out. It won’t let you leave in a hurry, either.