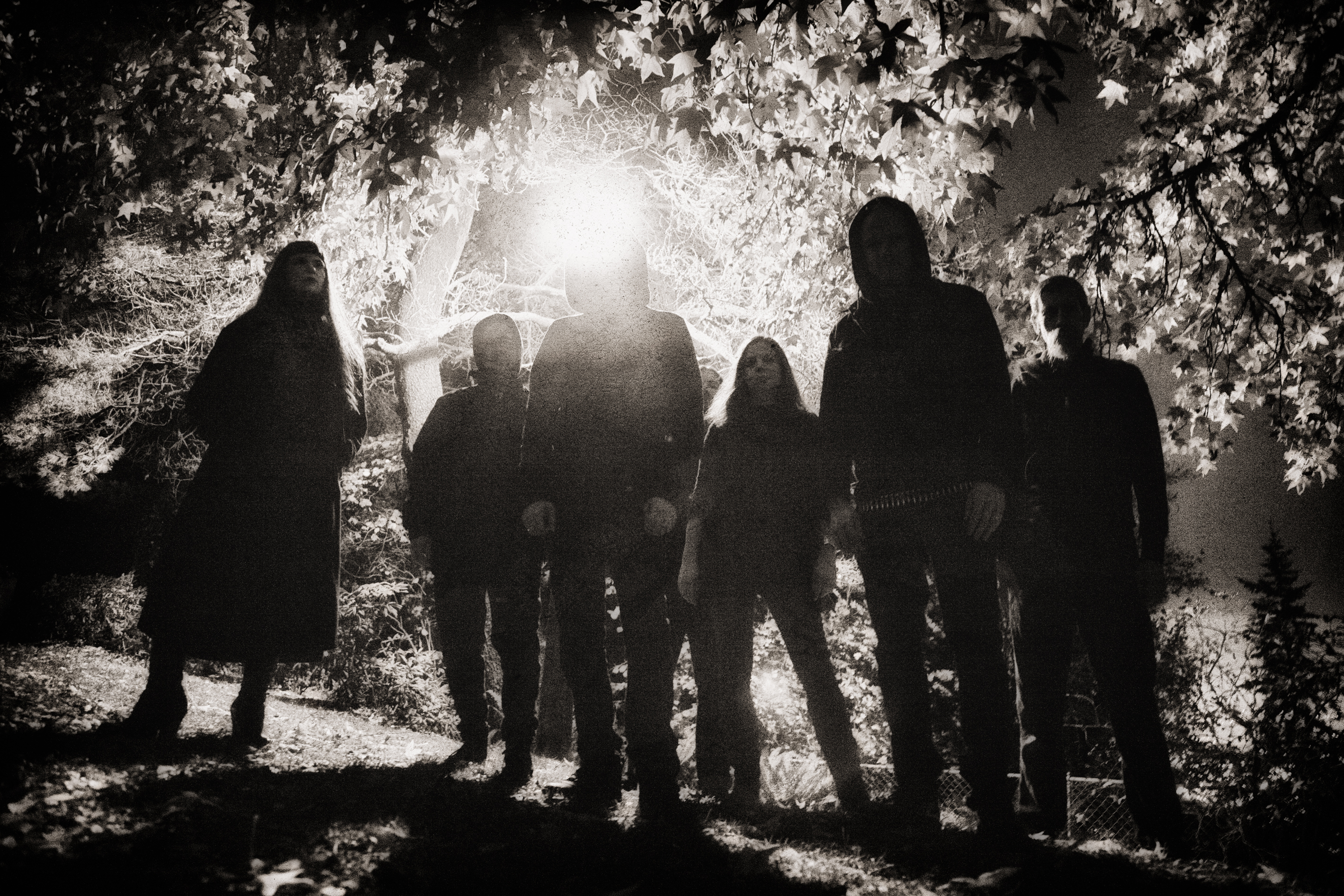 L’Acéphale‘s self-titled album tricks you into thinking you’ve heard it all before, then hits you with several or more unexpected surprises… To pleasurable effect.

It would be fair to consider L’Acéphale the gift that keeps on giving. As expected, you get the meaty blasts of snarling heaviness, and in that respect, the album is fairly traditional. But it’s the surrounding atmosphere that makes it really special, of which there is a plentiful and varied amount. L’Acéphale are a band who recognize the value in taking the right amount of time. The breadth of their somber progressive elements need breathing space to flow in the run up to the beastly moments, so patience is mandatory. If you don’t have it when sampling the darker recesses of heavy music, then this probably isn’t the album for you.

L’Acéphale delves into the beauty of prog/death/black in a fashion that is rawer than most. But it is a precision-engineered kind of raw. You can take the journey from opening track, “Sovereignty” towards second track “Gloria in Excelsis” and gather a fair bearing on the band’s emotional intent. The transition from undiluted rage into clean, operatic, folky passion is consistently etched with the same level of underlining intensity. It is a carnal intensity borne of hearty emotion, but harnessed using only the highest level of musical ingenuity, which transgresses the rough and the clean. The vocals alone wonderfully depict this transgression.

But the emotional content digs ever-deeper by every track. Even the intricate hallmarks of heavy-meets-melodic sounds almost standard when compared to what happens next. L’Acéphale takes on a narrative that’s hard to contextualize and impossible to generalize. The hallmarks of slow operatic chants and hypnotic acoustic droning takes precedence and suddenly seizes control of the record’s identity, swiftly becoming the most powerful musical force on offer. “Hark! The Battle-Cry is Ringing” is the transitional state which throws all expectations out the window and leaves you mentally perplexed by the time the following track “Last Will” manifests, which incidentally, is the most hellish example of gnarly black metal one might hear in a long time.

And just wait until you hear the final two tracks! Didn’t I say that L’Acéphale was the gift that keeps on giving? As with the album’s opening, the final two songs really bring into perspective what is great about L’Acéphale‘s music. The challenge for the listener is how far they are willing to dig into this ever-burrowing rabbit-hole.

L’Acéphale doesn’t just info-dump the generic construct of subterranean metal. It breaks down the sinister nuances and micro-manages them, pulling them into different musical subtexts and psychoanalyzing their very heartbeats to create spacious, hellish, and wholly cataclysmic soundscapes. It finds the gaps between standard black metal chords and majestically rips open the fibers to form newly found atomic constructs.

Imagine being the band to do that, to take the standard scariness and explain it in a slow burning, operatic, context which makes the sped-up, standard version comparatively bland! If you like your metal sinister, do not sleep on L’Acéphale! It is a savage, yet quaintly constructed record that is ultimately flawless. Black metal, dark folk, or prog, this is the middle ground where fans of the various influences can meet and exchange without the conventions of any party being neutered. In its own tribal corner of the universe, L’Acéphale is pure magic.