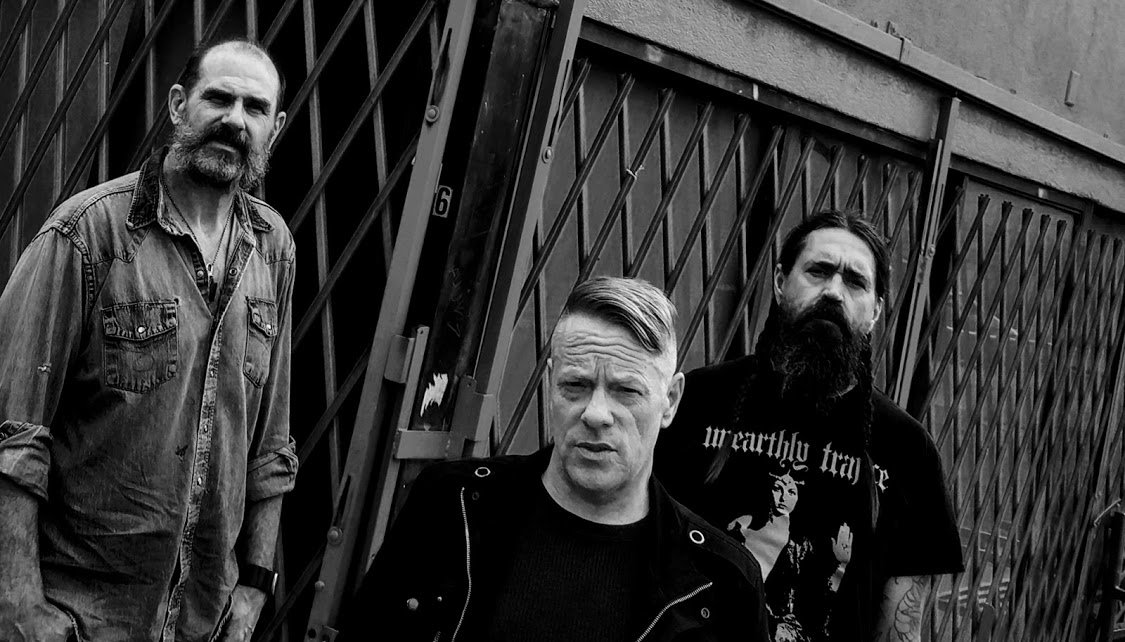 Keverra‘s self-titled debut album is a fully realized, arcane descent into a sonic nightmare world, and a masterclass in sludge metal atmospherics.

The intersecting world of sludge, doom, and stoner metal is one I visit with semi-regularity; not a genre I claim as a top favorite, but one I usually enjoy and make sure to dip into from time to time. I’ve found that although the output can be same-y to my ears, it’s a concoction that usually hits a welcome spot for me regardless. It is in this spirit of wanting to delve back into this sound that I came across the self-titled debut album of LA-based Keverra, a trio comprised of current and ex-members of Goatsnake, Mayan Bull, and 16. An expertly-wielded and nightmarish blend of sludge, hardcore, black metal, noise, and Gorguts-esque dissonance, I couldn’t have dreamed of a better release to satisfy my need for a sludge kick.

On Keverra, there’s a formula at play that immediately popped out. On just my first listen, the band’s distinctive and highly deliberate vision consumed me within its coils. Comprised primarily of tracks hovering around the five to six minute mark, the whole thing was structured like an arcane ceremony, with each stage of the malicious ritual marked by tactically placed interludes that, for the first time in recent memory, actually improved the listening experience of an album for me. They’re worked in with purpose, adding to the album’s ambience and tone, never detracting from it, and making this a record best experienced in an isolated, uninterrupted sitting.

The band’s sound on the record truly is fully formed, with each track utilizing a similar mix of bludgeoning hardcore beatdown riffs, cloaked in hazy sludgy production, and the occasional injection of southern groove attitude or black metal misery. Above it all, the vocals bellow with an atonal rage that nails the balance between harsh noise and coherence. More importantly, no single element feels tacked on, with each functioning as a seamless and integral part of the swirling black magic. What makes Keverra’s sound pop above all else is its distinctive leadwork, woven into the entire experience. Serpentine like the album’s cover, the prevalence of these twangy, semi-cleanish leads shimmer in a sickly dance that binds the tracks together, at times evoking the eeriness of Gorguts – particularly their work on Pleiades’ Dust.

In case it isn’t apparent, I view all this as a good thing. A very good thing. I love the clarity of Keverra’s vision, the melding of melody and brutality, and the ceremonial, demonic spookiness at play. That being said, those of you looking for something new or different from other modern sludge won’t find much of that here. Each track more or less follows the same – albeit enveloping – formula, and there is little novelty in the album’s overall style. For some, this will be a positive point, particularly since Keverra do an exceptionally above average job at conjuring atmosphere and power. However, those looking for a more experimental or startling take on the genre should adjust their expectations.

In general, I feel the record would have been elevated to extraordinary heights had a little more flair been sprinkled here and there, such as the awesome bass guitar noodling we get towards the end of “No God.” It was a wonderful, unexpected album highlight. I understand there is a vision at play here, and for that reason I wouldn’t expect too many deviations from the formula moving forward, but perhaps a few spooky guitar solos to match the haunting leadwork, or short bursts of ferocity to make the sludgy muck feel even heavier by contrast, might elevate the band’s future output to higher highs.

Don’t get me wrong, though. Keverra’s self-titled debut rests comfortably among my top five metal albums of the year as of writing this, and I have a hard time imagining a more atmospheric sludge record being released this year. I’m a sucker for new bands who crush it with a fully formed vision, and in this category, Keverra soar above their 2020 peers… and what a vision it is. A nightmarish, descending, terrifying vision, yes – but a descent very much worth taking.