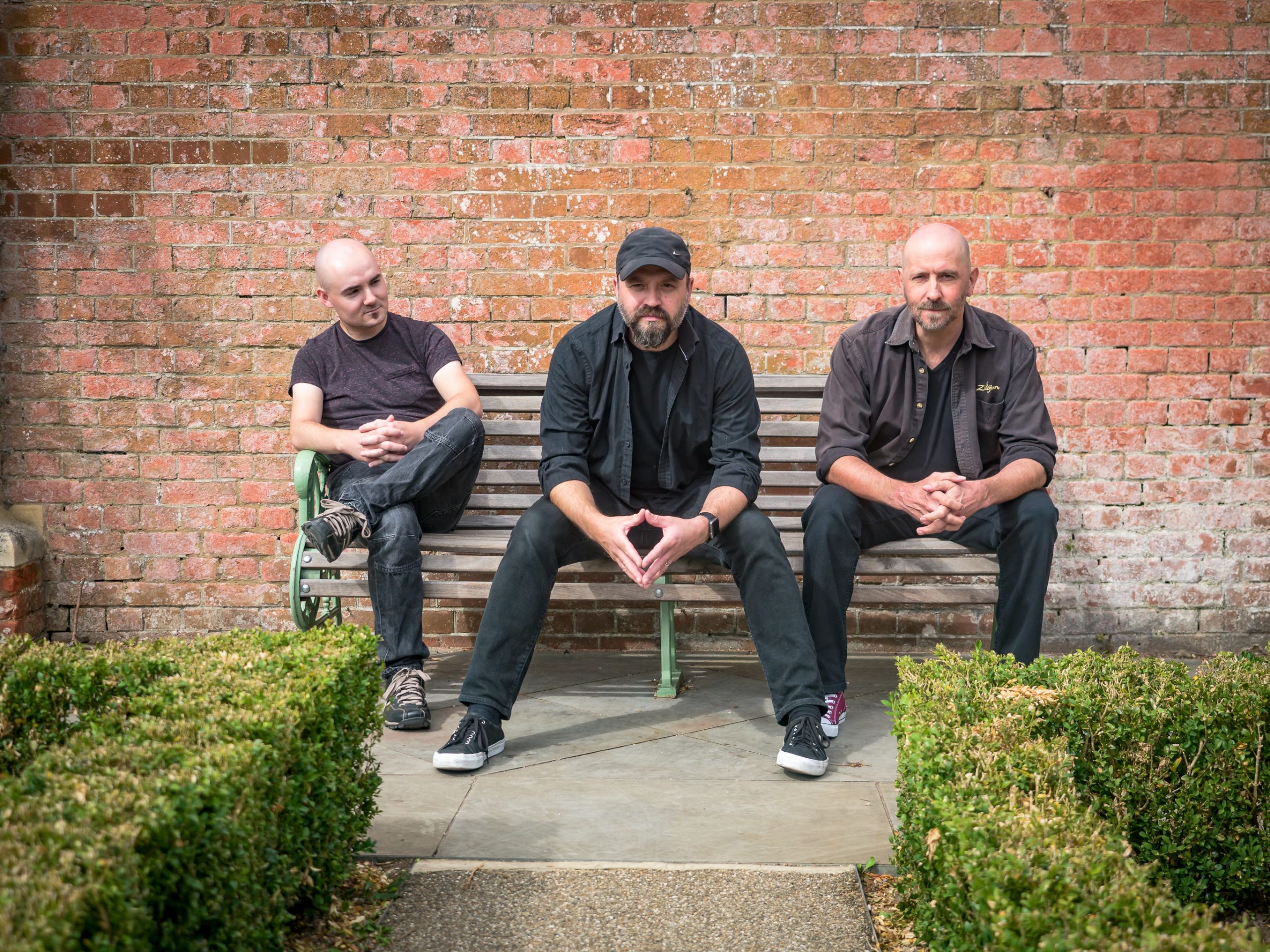 By David RodriguezNovember 17, 2020 No Comments

Kepler Ten embolden the prog before their rock with A New Kind of Sideways, showing more nuance and detail this time around with a central theme to boot.

Kepler-10 is a Sun-like star in the constellation of Draco that lies 187 parsecs (608 light years) from Earth. It was targeted by NASA’s Kepler spacecraft, as it was seen as the first star identified by the Kepler mission that could… wait. It looks like I’m reading up on the wrong Kepler Ten. I’m kidding, of course I know who Kepler Ten are! I’ve been a fan ever since their debut album, Delta-v, in 2017. One of the first Weekly Featured Artist articles I wrote in my tenure at this site (back when it was named It Djents) was on them. Don’t look it up though, it’s not that good.

Anyway, Kepler Ten are a trio from the UK that specialize in prog rock, with a little emphasis on the rock. ‘Rawk’ if you will. With a new guitarist in their ranks, I was wondering how that would inform their next project. Would we get more powerful sonic installments like “Ultraviolet” from their last album? What about the more radio-friendly takes like “Time And Tide”? Turns out, it’s sort of a no on each account – their new album, A New Kind of Sideways, is pretty true to its name while keeping their rock spirit intact and, it turns out, I ended up not missing what I loved about their previous work in lieu of some new direction taken here.

I started listening to this album after work on a Thursday as a three-day weekend was just dawning for me. I was hype – after an ass kick of a week at work, all I wanted to do was not care about much for the next 72+ hours, just unwind and relax. Here I am, starting this review about 55 hours through my weekend give or take and I’ve found A New Kind of Sideways to be a great companion for my time off. It does feel like a natural evolution, putting the ‘progressive’ in ‘progressive rock,’ but keeping great momentum throughout that makes it fun and lively, primed for adventure and hijinks with a bit of a moral to it all.

Given, you know… everything though, the album has some thematic weight to it. Billed as a semi-conceptual album, it’s altruistic at heart, meant to highlight the human in us all and remind that we’re all in this together for better or worse, so why not make it all a little easier for each other? It’s an honorable tone set early on, even if I appreciate more nuance in my approach in my top-down philosophy with my fellow guy, gals, and nonbinary pals.

Anyway, we’re here to rock, so let’s get rocking. While I definitely appreciated Delta-v for spearheading its music with a boisterous approach, there’s a bit more under the soil here. For starters, things just feel more fleshed out here, utilizing more resources at hand to liven up the music. Whether that’s an effect of new guitarist Alistair Bell or the band craving new sonic surroundings is moot – regardless, it works and works well. “Icarus Eyes” is one of two ballad-like tunes here and has happy chords throughout, uplifting us further with some neat Mellotron touches and a skybound guitar solo near the end that kicks it into a proper rock track for a short time. “These Few Words” is a lot more subtle in tone overall, but gets the tempo going faster and more consistently, leaving moments to muse along with the lyrics in between.

Other songs like the lead single “Falling Down” (which got a cheeky retro-enhanced video that may pay light homage to The Matrix?) contain banging melodies that are likely to get stuck in your head. Laser-focused synths mingle with very prominent bass (my favorite) to make for a track fit for driving playlists or any other rock receptacle to be blasted at will. Less digestible, but all the more progressive, are two songs in particular that tip the scales in terms of size. “Clarity” is the first thing we see after the doors of the album open past the instrumental intro and it’s a well-paced primer for all to come. Nothing gets too wild – kind of reminds me of Edguy‘s more strait-laced affair sans the power metal accoutrements, or more recent Haken works – just to-the-point rock that utilizes its time wisely to establish a few different motifs and shift into different measurements that keep things interesting.

The cherry though, is the 20-minute closer, “One And The Same”, which has some callbacks to previous moments on A New Kind of Sideways and wraps up everything into a nice, very elaborate bow. Here’s truly where the trio start incurring a debt to its progressive leanings. As ever, James Durand’s vocals are clear and appropriately weighty to the topic of freedom for all, shining the most on the chorus that helps accelerate the record into a full-bore epic. Steve Hales does double duty with piano and drums, using the former to instill a sense of emotional urgency to the piece and the latter to blast momentum forward with more technical fills and quicker tempos that give it a cinematic feel. It’s something I’d like to see more of from Kepler Ten in the future – really lean into the prog more in moments where they can make it count, just as they do the forward-facing rock that permeates through all of their output.

Just as the lyrics allude to in that final track, every element of Kepler Ten‘s music are links in the chain; a chain fitting of many things as they’re a band who can shift up for high-flying romps, and back down for more emotional contemplation, something that A New Kind of Sideways was literally built on. Here, I saw a new kind of Kepler as well, one I liked. We gave up some time in the outer reaches of space with Delta-v for some more terrestrial affairs, diving in the trenches of the human mainframe in a bid for unity and understanding with this album. I liked it a lot, and as I wrap up my three-day weekend as well as this review, I invite you to check it out in full when the mood is right and you need a little pick-me-up.