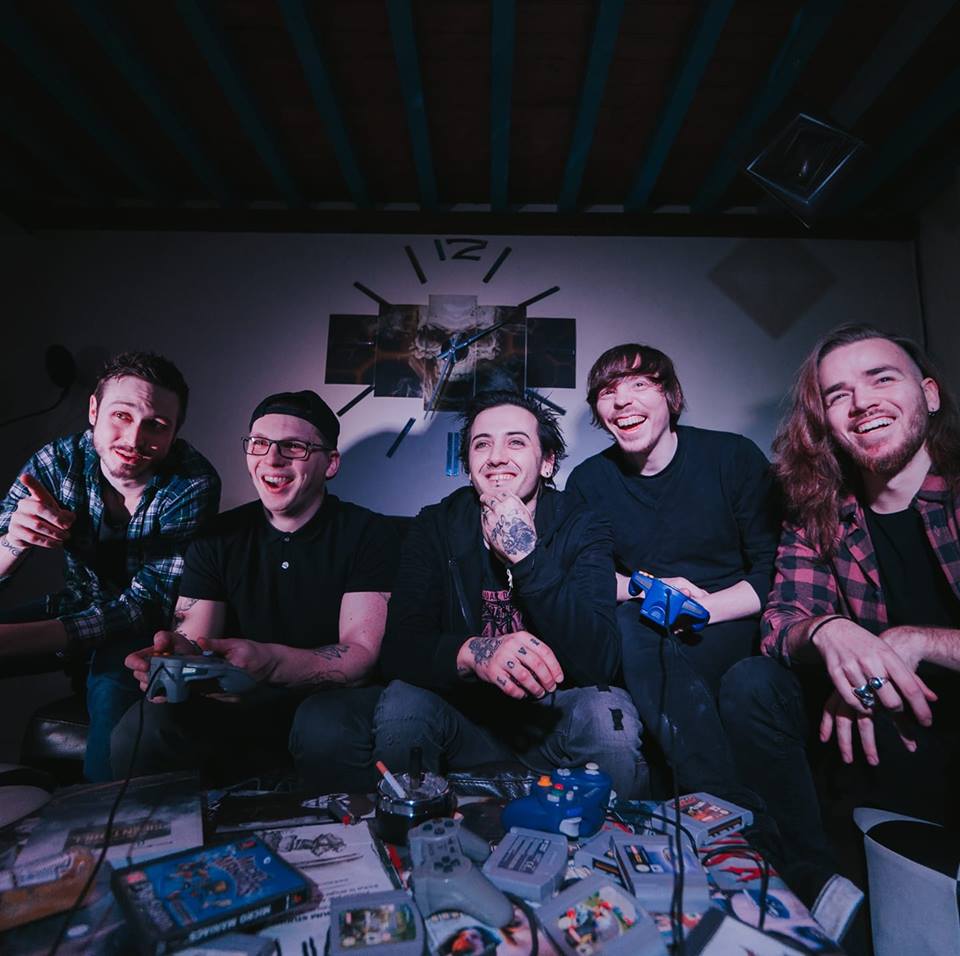 By Landon TurlockJanuary 11, 2019 No Comments

Super 90′ initially appears to be a technically impressive if not always innovative progressive metal record, but Kadinja’s occasional bursts of experimentation promise a more unique direction for the band.

The French progressive metal group Kadinja has been on my radar for about half a decade, establishing themselves as a band in the vein of Monuments and Corelia. With a sleek production style and notable guitar performances, their debut record, 2017’s Ascendancy, was an enjoyable culmination of melodicism, technicality, and percussive grooves. However, the album’s over-reliance on typical djent tropes seemed to restrict the band from developing a truly unique sound. As such, when Super 90′ was announced, I was intrigued – the artwork and campaign for the record suggested that it would take the music in a new direction, influenced by the 90s. This seemed like a somewhat unique idea, and I was curious how, or if, the band’s modern progressive style would mesh with the concept.

However, the supposed new direction and influences in Super 90′ are not immediately apparent. The album’s opener and lead single, “Empire”, falls squarely within the typical sound you would expect from Kadinja. Huge, muscular guitars groove in lock-step with tightly performed drums, providing a base over which elastic vocals soar and scream. Of course, the previous sentence could describe songs by many bands. Thankfully, Kadinja, to their credit, do this description justice. The choruses are catchy, the guitars astound, and the band outperform many of their peers, even if they’re playing the same game.

Throughout the rest of the record’s tracklist, the band often stays within their boundaries, but their occasional innovations are noteworthy. “The Modern Rage” answers the question that maybe someone was asking: ‘What would happen if Korn’s Jonathan Davis sang on a Car Bomb song?’ It’s not a particularly comfortable pairing at first, but grows into an enjoyably catchy and heavy track. We also get some more raw emotion throughout the album: “Epistome” is an unashamed and beautiful baritone acoustic ballad, the intimacy and vulnerability of which I have almost never heard on a record like this. The album closer “Avec tout mon Amour” is an airy, mostly instrumental affair that moves further out of the band’s punchy, percussive sound for something both uplifting and atmospheric.

As described above, the album only seems to occasionally embrace more experimental sounds and its 90s theme. Nonetheless, the album sees Kadinja at their best. Songs like “Strive” are quintessential Kadinja tracks, and show some of the angriest and most technically twisted riffage they’ve ever conjured. Topped with catchy choruses and groovy half-time sections, these songs are nothing new for the band or the genre. They’re just good.

And this is where Kadinja leave me at the end of Super 90′. The concept is not always immediately apparent, but this does not take away from the quality of the tracks (even though the occasional song lingers a bit longer than necessary or is elsewhere overstuffed). Where the band do step out of their comfort zone, they tend to do it well. This shows that the band is not stuck in the niche they’ve carved for themselves; they’re developing a sound that can develop and mature as they do. In the meantime, this is an enjoyable and promising sophomore release that will surely appeal to most fans of modern progressive metal.