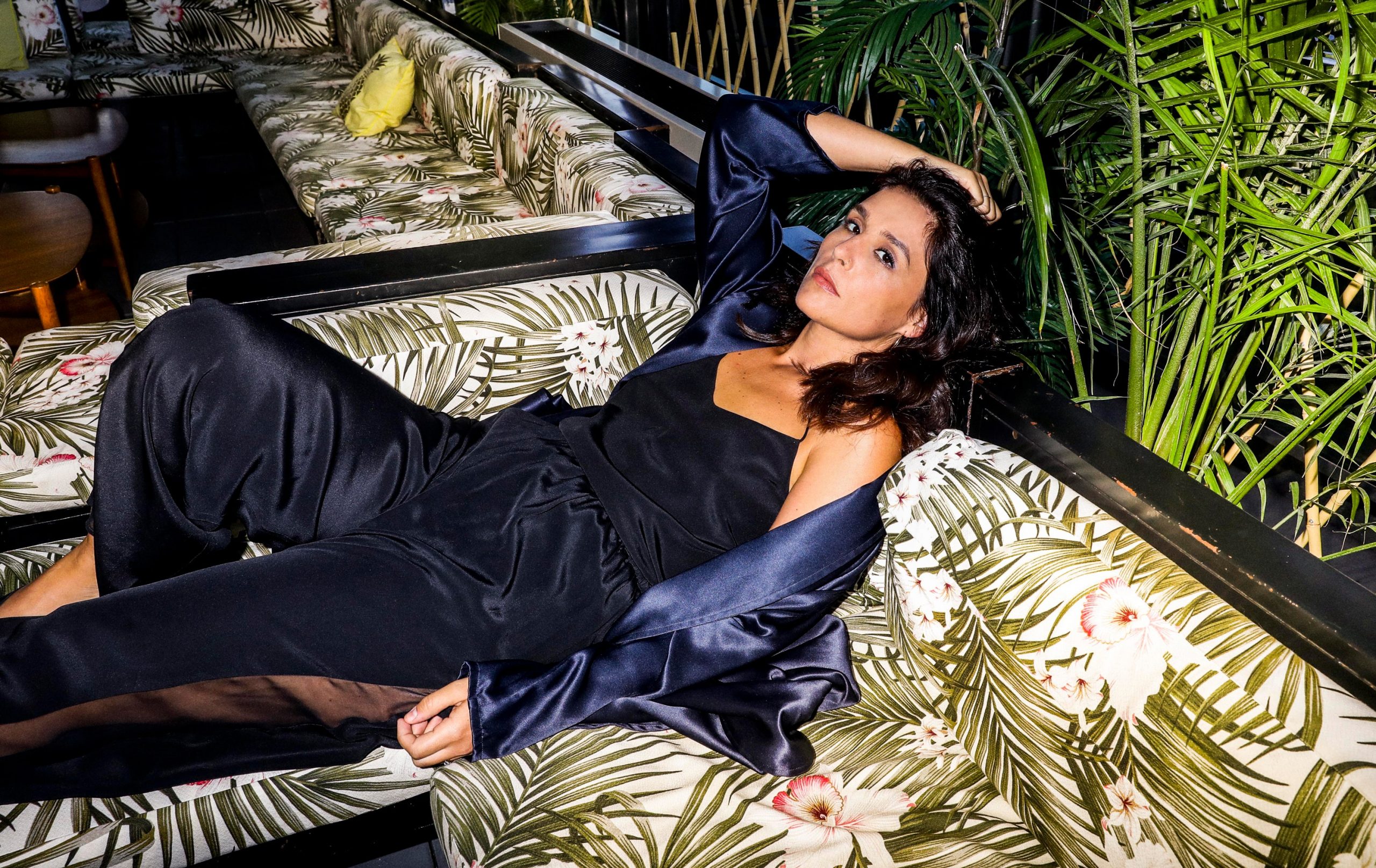 Jessie Ware finally wins me over by asking a simple question – What’s Your Pleasure? This is pop and disco distilled into a supreme formula to be enjoyed again and again.

So opens Jessie Ware‘s new album, a sound statement on her intent – her desire – for something real. If What’s Your Pleasure? is any indication, Ware is a dreamer, though she’d much rather have the real thing, and have it her way. She dreams of love, maybe a bit of lust, but most of all, she dreams of fun, and there’s a lot to be had here. Much like the connections we seek to forge at night – at a bar, in a club, at a dinner party – Ware’s latest album is suggestive and flirty, looking to allure with a sway of its hips and just the right amount of energy.

I’ve been privy to Ware for a few years now since I heard her grace the 2013 debut album of UK house duo Disclosure. “Confess To Me” was sexy and punchy, just the right amount of warping abrasion to give a good foil to Jessie’s sleek voice. As much as she fit in there, it was still clearly a producer’s game, keeping Ware in the background which is a disservice. No, she needs to be more upfront, backed up by equally sleek and polished production, something to capture some of the love-stricken whimsy that she professes, and confesses to, in her music. I’ve found it a little trying to fully commit to some of her music in the past, but I think she made the perfect code for me to crack this time… a love code.

This is particularly why What’s Your Pleasure? is such a solid entry into her solo career. We get snappy, poppy production with a neo-disco and subtle house backbone, ensuring that it’s always propping the head that is Ware up – erect and ready to impress… anyway, songs! There’s twelve of them and I must say, they all have something to offer. There’s isn’t a weak track to speak of – just favorites and ones I’ll still listen to regardless.

One common theme among most of the tracks is a sweeping darkness. Not a foreboding darkness, more of a night sky illuminated by sprawling city lights, a mixture of warm breath and cigarette smoke dissipating into air baked by neon, and everyone around you is dressed their best for the occasion, and that occasion is whatever the hell happens. Synths are often deep and pulsating, with more playful elements like horns and strings making a swift appearance to put the disco in the ball, only for it to fall to the floor and chase you around like you’re Indiana Jones. The title track is the first of many captivating tracks that really run with this aesthetic. Ware’s voice is sultry, her vocals layered with a low croon and a pronounced whisper underneath it. It’s definitely the song you meet someone irresistible on the dance floor to.

Let’s be fair though, there’s a lot of songs like that, and they all do their own thing. “Soul Control” has pokey little synths and a light 80s vibe with its percussive claps, prominent bass, and upbeat nature. It all adds up to a funky-ass time that even calls forth visions of Prince every so often. “Adore You” is slow and low, a deep profession of love that speaks to the more vulnerable side of a relationship with someone. The arpeggiated synths are hypnotizing – coupled with Ware’s sweet, quiet candor, it’s cautious yet surrendering.

It’s about here that you realize that you’re being taken through a good amount of the love spectrum with What’s Your Pleasure?, though to spoil things ahead of time, there’s nothing profoundly heartbreaking here. The closest we get here is the piercing hesitation of “In Your Eyes” which is quite powerful with the way Ware’s voice gets more projecting and powerful as the song plays out, and the string arrangements that swell and dance along with her singing.

“Ooh La La” is a bit more grounded and honest. Me and Jessie Ware see eye-to-eye in the sense that we’re both initially pretty easy to please and all we look for is some affection and decency. The chorus is cute and cheeky: ‘Ooh la la, open up the door, you know I like it/Ooh la la, chivalry was dead but you revived it.‘ Although very digestible and not overly emotional, there’s a sense that Ware is caught in the throes of a new love here – a honeymoon period if you will. A time where a fluency in flirting takes you farther, but you still tread lightly with your new suitor, finding out what they like, or, for the cynics out there, what their motives are.

Between the innocent fishing for a first kiss in “Read My Lips”, complete with kissy noises peppering verses, or the head-nodding bass line provided by Matt Tavares (BADBADNOTGOOD) and spaciousness of “Mirage (Don’t Stop)”, there’s a lot to adore here. Everything is engineered to make you move whether you got someone on the end of your arm or flying solo. Even as the album closes up with “Remember Where You Are”, a bold and chills-inducing closer with incredible backing vocals, a fire doesn’t die, it only blazes on. You get the feeling that no matter where you look, no matter who you concern yourself with, there is passion to behold around every corner to discover; an end is no reason to burn out, but rather burn brighter. This is precisely what happened with Jessie Ware with What’s Your Pleasure? and it’s a beautiful thing to witness.

She’s really written a new love language for herself here, one concerned with catchiness and stirring movement out of even those carved from stone. Even in paying homage and delving into some tropes with much of her music, there’s a refinement and playfulness that’s hard to find along the pop mainstream. Like I always say, you don’t have to reinvent the wheel with your art, just make the wheel really well. And the music videos? Such a treat – so quirky, queer, and real. As a result, Jessie Ware‘s down-to-earth elegance is fully unsheathed on What’s Your Pleasure?, and it’s hard not to fall for her charm. Perfect to soundtrack your summer fling or keep the passion going with your years-long lover.