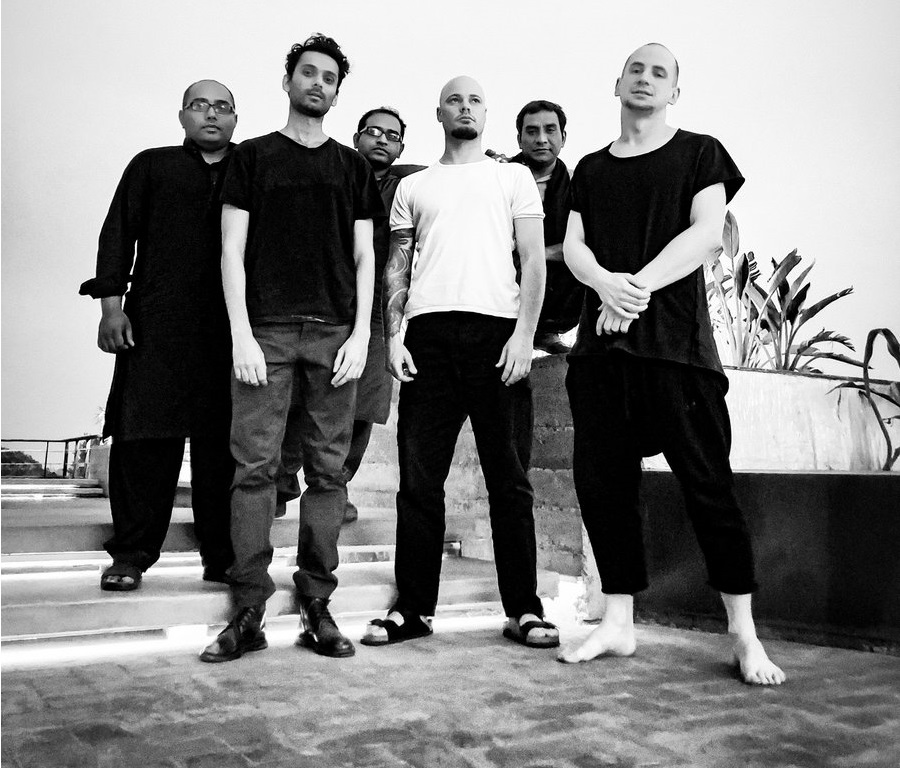 Get ready for one of the most enthralling jazz records of this year from Jaubi. Yeah, the year isn’t over yet, so imagine how good it is.

This year has been absolutely lit so far in terms of releases. It doesn’t show any signs of going weak or slow too. I ran into Jaubi‘s latest record by sheer chance, I honestly can’t even remember what kind of link freefalling I was doing that lead me to this record. Doesn’t even matter, I now heard it like a dozen times and it’s absolutely awesome. I was also quite excited to finally listen to a group of musicians from the Middle East putting out a modern Middle Eastern music album. Now, don’t go on to picture it’s just that, even though it’s a pretty straightforward deal.

Jaubi, hailing from Lahore, Pakistan, have crafted a synergy between modal jazz, spiritual jazz, Middle Eastern music, North Indian classical music, laced with some electronic splatters to make that modern edge really pop. If you think this whole blend sounds good on paper, wait till you hear it in effect. I mean, it’s probably not as grandiose or massive as I’ll hype it to be (I think?), but it’s definitely something unique and noteworthy.

Nafs at Peace represents the culmination of the band’s vision as their first proper step into the large pool of music that’s out there. It hearkens heavily, at a conceptual level to Middle Eastern spirituality, what with the ‘nafs’ in the title, referencing a cornerstone of said spirituality, as well as featuring Ali Riaz Baqar’s (guitarist and bandleader) mother on the album cover, praying intensely for his safe passing through dark times. This dark time, along with the experience of the pandemic serves as the drive which brought these tunes to the light of day.

So, what really goes on in Nafs at Peace? Lots of things, as much strictly musically, as well as emotionally. While the conceptual substrate leads us to a pensive and dim-lighted frame of mind and heart, the tunes definitely indicate what is ultimately catharsis and transcendence of such things. “Seek Refuge” and “Insia” definitely kick things off on a meditative tone with self reflection as the centerpiece of the action. It’s quite misleading in a way, as at this point I really expected the record to follow suit in terms of mood. While I’m not disappointed in any way with the final outcome, I was definitely left longing for what could’ve been an alternate direction. I draw however hope that it will be the subject of future sonic explorations.

As “Raga Gunji Todi” comes around the corner, it brings a sudden shift in tone and mood, taking us into the heart of the Indian music influence. It is definitely one of my favorite parts of the record, coming together with plenty of mystic atmospheres, truly infectious grooves, and something I can only describe as pure magic. It has a more alert pace and energy as well, making you really stand on your toes and bobbing your head uncontrollably to the rhythm. Not just for the sake of diversity, but for actually creating a whole and nuanced experience, “Straight Path” and “Mostly” take more relaxed routes while further exploring the aforementioned mysticism.

Immediately afterwards, we see an uptick in melody, while still firmly rooted in the heavily percussive delivery of the previous songs; with the occurrence of “Zari” in the scene. Our conclusion is brought by the title track, “Nafs at Peace”, which starts out with an absolutely riveting solo piano tune, which I would’ve hoped would be developed through the entirety of the song, really sending us into the deep end of the metaphysical weight of the record. While that precise course did not take place, a different, albeit just as appropriate, one did instead. The song culminates as a madly colorful flourish, bursting at its seams with an intense energy and a virtuosic display of musicianship from Jaubi.

While I believe it would be read between the lines, I’ll just go ahead and also mention that the production of the record is simply sterling. Everything has a living, as if breathing quality, letting the listener be fully enthralled by the experience at hand. The percussion especially shines, something I see a lot of bands have difficulty with, so it’s all the more noteworthy. The drums have a tight and beautifully controlled punch, while the cymbals scintillate with their amazingly crisp sizzling.

Trust me when I say that this isn’t a record to miss out on. Jaubi know exactly what they’re doing and Nafs at Peace comes together not only as an impressive debut, but also as an outstanding work in general.