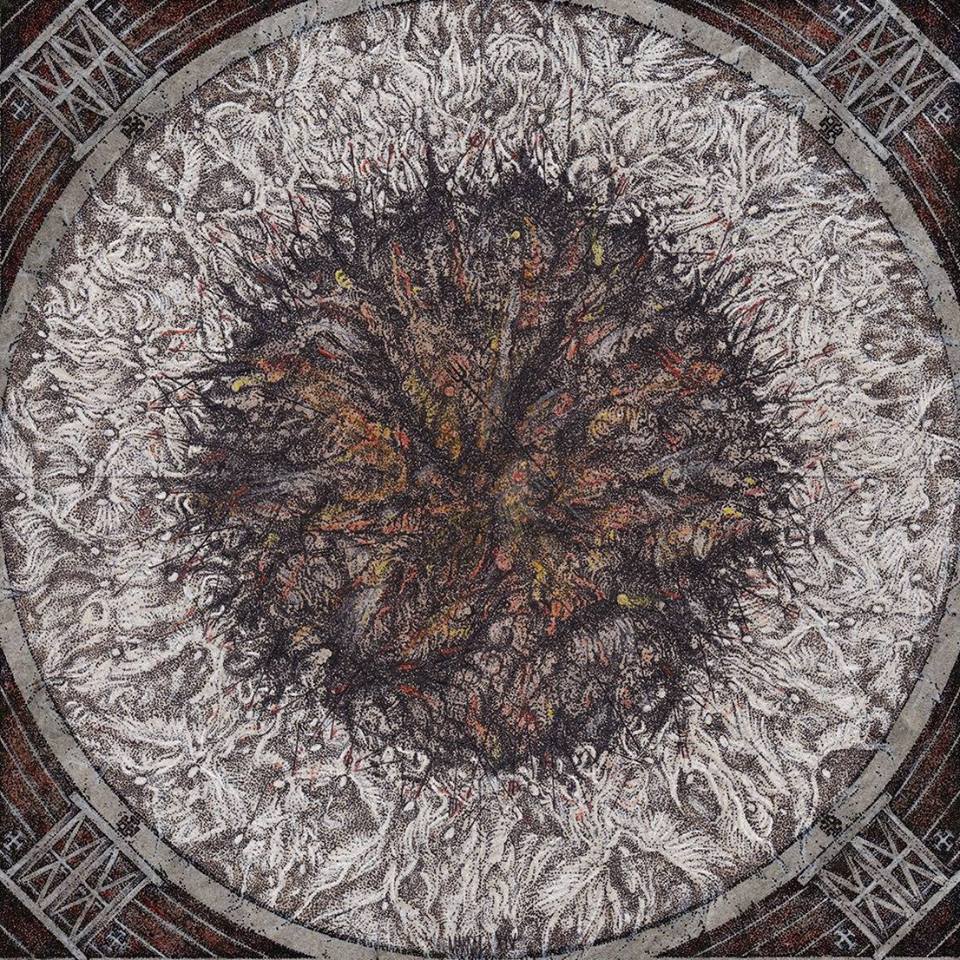 Itheist craft themselves a new beginning with their self-titled debut, following a name change and a shift towards a bleaker limbo.

To be honest, I wasn’t aware of Itheist‘s existence before deciding to jump on this review. Their previous moniker, Aetherium Mors, had crossed paths with me few times, but never left a memorable stain behind. Now they’ve reincarnated themselves to get a fresh start through updated appearance and refined stylistic direction. A band reinventing itself in said manner is not a new thing at all, but the results are never guaranteed. In this occasion, however, the rebooting serves a purpose; Itheist is improved, stronger and more vile version of itself, and it’s an understandable, even respectable move to more or less cut ties with their past at this point.
On their debut, the UK duo showcases a powerful and dramatic blend of black/death metal standing on its own feet, yet akin to the kinds of Portal and Immolation. The only comparison I’ll make to their past, now abandoned self, is that this time the accent is mostly on dissonant and dour guitar work, rather than the Nordic oriented melodic side explored under their earlier name. This brings forth a band who has seemingly found a new home in a way, way darker place. The previous style echoes here and there, but overall the change is drastic and all for the better. This particular rebirth is a matured, serious and logical stride that had to be taken.
Even though the atmosphere is very grave overall, someone might find some details to be unintentionally humorous, as facetious as that might sound. The lyrical angle is the same throughout and revolves around Satanism and its related aspects. I don’t have a problem with that per se, but I find it quite bland and monotonous that the lyrics and vocal aesthetics are drawn from the most basic black metal schemes. That also leaves a really twofold taste of the entire album; The music and compositions themselves are thoughtful and even innovative at times, but the themes and imagery feel forced and stereotypical.
Staying on the upside, there are quite a few brilliant moments on this album. “Belial Unbound” introduces some of the most vicious riffs this year so far. The atmosphere of  “Horned One” will engulf you and fill your soul with touchable misery. The abrasive low gain guitar work in “Neter Amon” doesn’t pale in comparison to this genres brightest burners. The twofold effect I mentioned comes to play here. The instrumentation is interesting and has a lot of nuances, and the attention to detail is simply stunning. It doesn’t feel like you’d be listening to a replica, even though Itheist‘s influences can be heard pretty clearly at most times. Still, the overall feeling of the album could use some variety. There´s a lot of repetition in song structures and in lyrics especially, and some altering vocal tones wouldn’t hurt either.

Itheist‘s debut album is easy to digest, and that is definitely its main strong suit. I have no doubts about this record finding it’s way into the ears of black/death metal enthusiasts everywhere. The album delivers what it’s set out be, but isn’t groundbreaking by any measure. It’s interesting to see how far they are willing to push themselves with this newly obtained identity. They have the means to rise to a notable degree, but only time will tell how they improve themselves. After all, it’s really easy to stay within your comfort zone and descend to an uninflected and stale state. Hopefully, Itheist is willing to walk that extra mile.