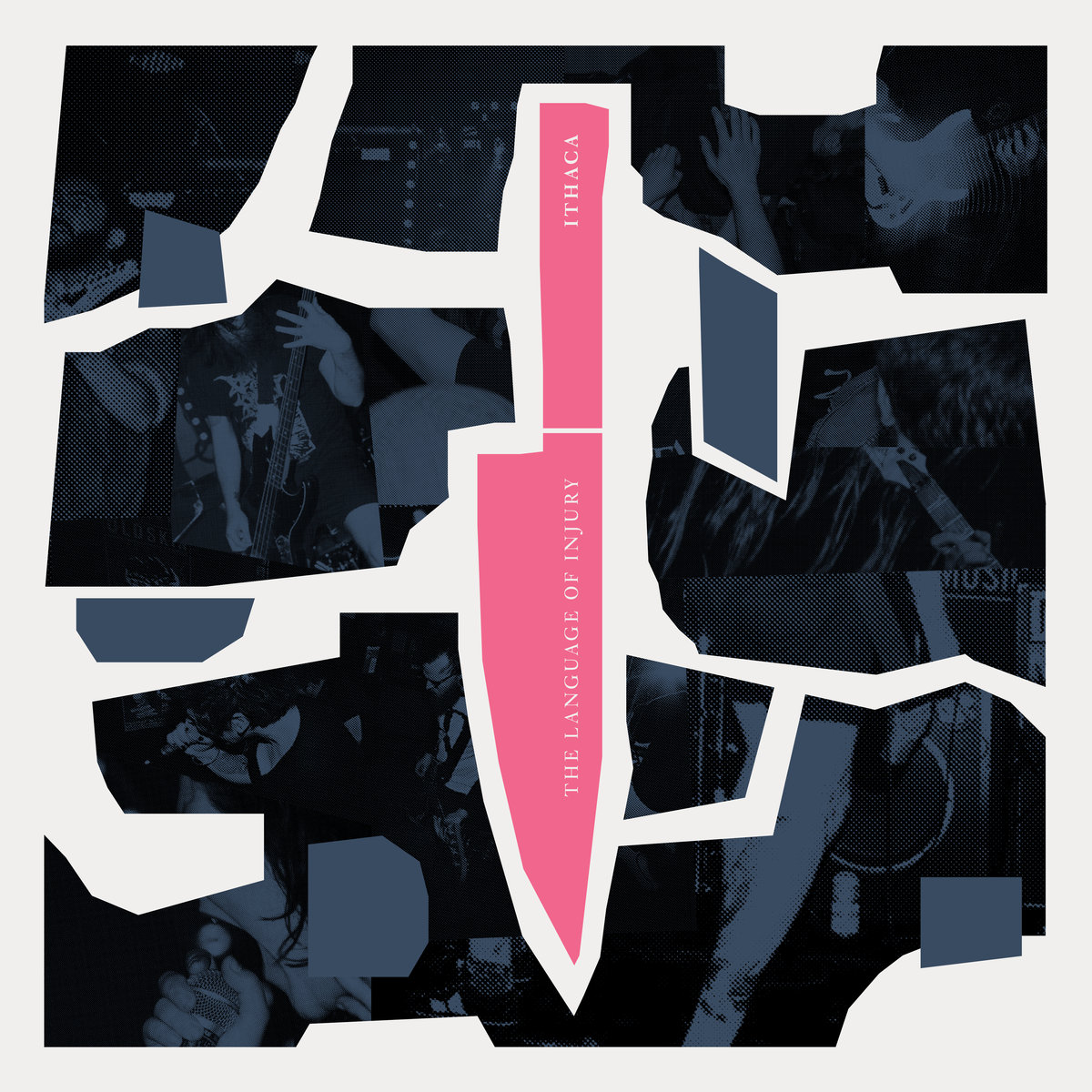 Ithaca – “The Language of Injury”

By Vidur PaliwalJanuary 29, 2019 No Comments

If you’ve even taken a minor interest in hardcore/punk releases over the last couple of years, chances are you would have come across Holy Roar Records at least once. The label has established itself as a favourite among the fans of the genre, with releases from acts such as Rolo Tomassi, Employed to Serve, and Svalbard. More importantly, they have provided a platform to some of Britain’s hidden hardcore gems in Conjurer and Helpless. So when the label announced the debut release from London-based Ithaca, the expectations were bound to be high.

The Language of Injury rises to meet these expectations as it delivers on all fronts. With a direct and unabashed form of hardcore, Ithaca clearly have no intentions of showing any mercy to their listeners. They make this clear from the very start as they kick off with “New Covenant”. One is instantly bombarded with a wall of noise that breaks only to give way to an even heavier assault of riffs and vocals. If the post-hardcore segment midway lures one into a false sense of security, it is instantly destroyed by the technical, chuggy riffage the ensues afterwards. These riffs linger on into “Impulse Crash” and become the very foundation of the metallic monster the track truly is. Delivering some classic metalcore breakdowns, with Sam’s riffing very much akin to the style of Kurt Ballou’s work on the recent Converge albums.

On a closer listen one quickly discovers that below the heavy riffs and aggressive drumming, there is a subtle melody that flows through The Language of Injury. Easy to miss and hard to describe, it manages to impart a very unique flavor into the music. While tracks like “Secretspace” and “Slow Negative Order” are bound to draw comparisons with the melodies of Oathbreaker, they are done with such gravitas that any comparison fades into the background. The latter being quite a standout performance. Built on a math-metal foundation, it sees lead singer Djamilia and Sam trade roars in an almost hypnotizing performance!

The fact that the band has been around since 2012 shows itself in terms of the experience and maturity in song writing on display. One can survive the onslaught of noise only till a certain extent, before it absolutely crushes them. Therefore, the balance of light and dark moments plays a major role in the album structure. These ethereal moments give a sense of passing beauty, a delicate point of respite that makes the chaos that follows feel all that more impactful. That is what makes the two-minute interlude in “(No Translation)” so effective. It makes the entrance of the title track “The Language of Injury” all the more savage and gives a much more raw and freshly cut image.

Ithaca clearly seem to have put in a lot of effort and given close attention to details, while trimming out the fat to ensure that the whole album is just over 32 minutes long. The only instant a track breaches the four minute mark is in the album closer “Better Abuse”, as the band try to blend post-metal atmospherics into their hardcore sound. The last segment comes off as quite memorable with the band attempting a grandiose orchestral closure, before discarding it and being true to their own style with some of the meanest riffs of display. While the track displays the creativity that the band possesses, it also showcases the biggest weakness of The Language of Injury – memorability. Despite each spin off the album being truly enjoyable, after some time one hardly remembers beyond the basic metallic hardcore structure employed all through the record. It makes one feel that despite their potential to stretch out, Ithaca chose to play a bit safe overall this time around.

Unafraid to play it rough and ready to get their hands dirty, Ithaca are clearly angry with the state of the world at large and the album is their statement. A barrage of annihilating riffs clashing against melodic beauty, that is The Language of Injury.