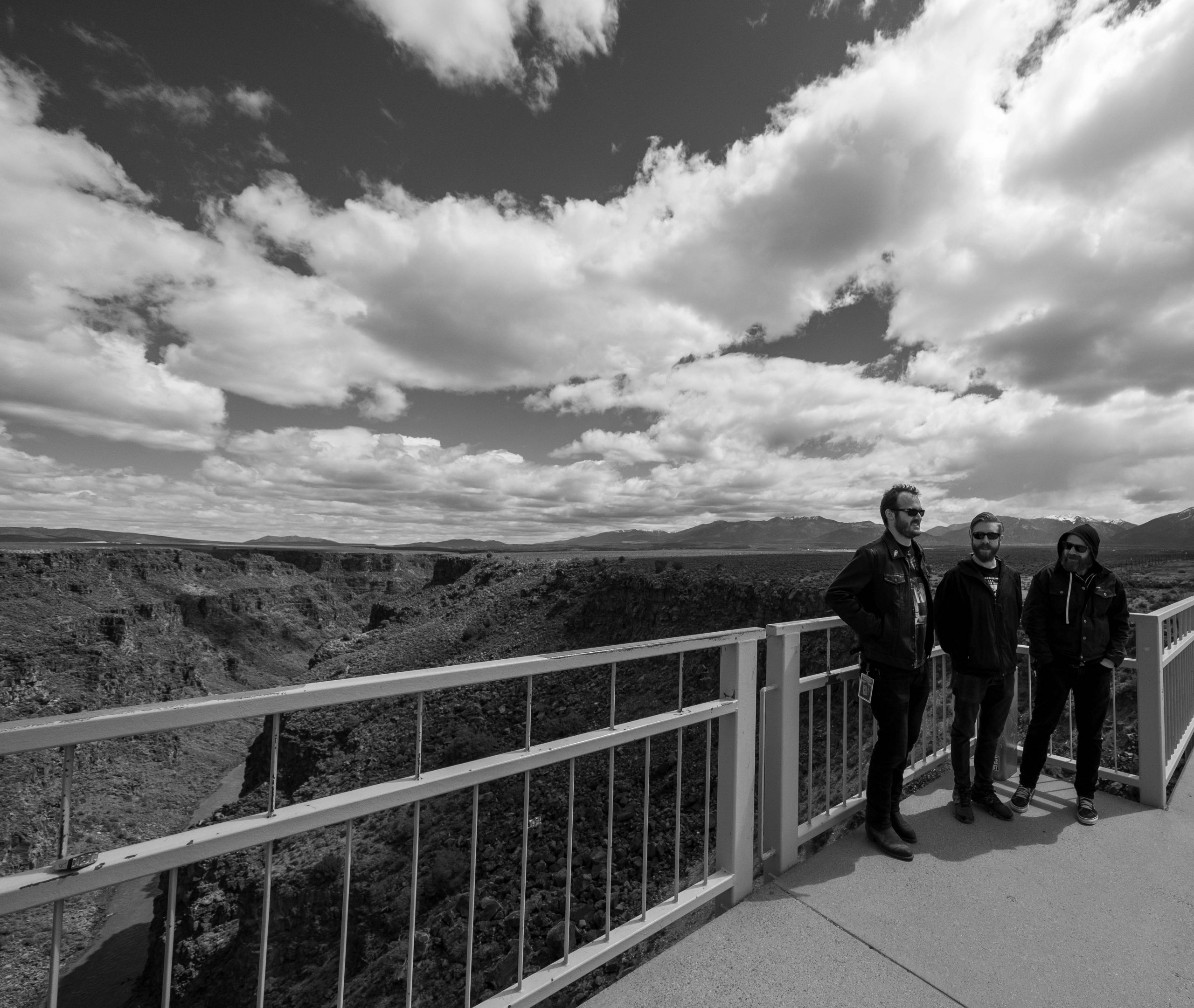 In the Company of Serpents – “Lux”

In the Company of Serpents are great company indeed – Lux takes the tenets of doom and sludge metal to show us the light within and all around.

Hey, Denver metal! Being from the Denver area, I’m always on the lookout for homegrown-ass metal (or music in general), because I need this state to be known for more than 3OH!3 and OneRepublic, please. I think we’re doing pretty well so far, and In the Company of Serpents are a very welcome addition to our growing music progeny, though I say that as if they were new to the scene. They’ve been around since 2012, and Lux is their fourth full-length! So, really, I should be apologizing for sleeping on them for as long as I have.

In my introduction to the band with this album, I’ve come to the conclusion that they couldn’t be from anywhere else in the world but Colorado with how they sound. People think of snow, the Rocky Mountains, and other natural beauties we’re afforded in the Centennial State, but rarely does the fact that we’re pretty arid come to mind. That’s an important factor – we’re very dry here, have low humidity, and all the snowpack in the world doesn’t really help with the summer heat. It’s here that the origin of In the Company of Serpents‘ sludgy, doomy, desert grit becomes quite apparent.

I mean, shit, just listen to the epic that is “The Fool’s Journey”: a fitting, if long, intro to Lux, it’s unabashed with its more cinematic presentation, but eschews it quickly for a primal, base expression of the darkness we’re currently faced with, perhaps always have been. Its grinding instrumentation trudges through the muck, making a beeline for self-destruction – ‘We’re standing on the precipice of our own demise/laughing in its face, it will ignore our cries.‘

This album isn’t all about the darkness around us. It’s called Lux – which is Latin for ‘light’ – for a reason. “The Fool’s Journey” is structured as a tarot reading for all of humanity, as guitarist and vocalist Grant Netzorg puts it. It’s the penultimate crossroads we find ourselves at, where continuing down the same road of wanton death and lurching destruction will surely spell an end to us all. Perhaps, even in some of the worst of times collectively, we still have a chance to turn things around, right? Only if we act on it. But darkness is simply an absence of light – what follows is light showing us the way.

Lux has a strong thematic force behind it: the entire root essence of the known universe, prima materia as it’s put in certain esoteric circles. A chief analogy with regards to this is ‘all is light’ and, distilling the themes into my own words, therefore light is the way that we must go. That’s touched on in different ways with Lux. For example, “Scales of Maat” refers to both the concepts of balance and justice, and the god herself (whose father is Ra, the sun god), both called Maat or Ma’at, of ancient Egyptian myth and religion. It’s simple – when you die, your heart is weighed against a single feather. If the scales balance out, or the heart is lighter than the feather, you lived a pure life free from evil and corruption. If you didn’t, the burden of evil encumbers your heart and the scale is unbalanced – see you in Duat. The greater lesson is obvious – lead and live a good life, and do no harm. This will inevitablycollectively turn us toward the light.

It might be a bit ironic that “Scales of Maat” is the heaviest song on the album, boasting the harshest vocals (assisted by Ethan Lee McCarthy of Primitive Man and Ben Hutcherson of Khemmis, two more outstanding Colorado metal bands) and darkest riffs of all. Dealing in evil has a tendency to do that. Lux‘s facets show themselves when the album relaxes, basking in its Colorado roots. Even though we’re located pretty centrally in the US, we are a pretty damn Western state, in many senses. “Daybreak” is a foray into that cozy, yet expansive and vaguely dangerous country frontier. I can sense the cracked earth under my feet, starved of hydration for weeks, dense clouds gathering above, but never yielding a drop of rain. Steel guitar can be heard throughout the album in key areas including here, which imbues its sound with a rustic and homely feel that pair so well with its heavier proclivities.

This atmospheric instrumental courses into “The Chasm at the Mouth of the All”, which is a poignant and slow burn of a track, much more keen on captivating with lighter foreboding tones than all-out sludge metal assault. Later, “Lightchild” – as much an ode to Netzorg’s actual daughter as much as it is to the light within children and the future for humanity they represent – sidles closer to that heavy edge present from earlier in Lux while taking things at a more doomed pace. Tempos gallop along with “Archonic Manipulations”, a song about freeing ourselves from our spiritual prisons, and soars into metal greatness with catchy riffs and gruff vocals reminiscent of the great Matt Pike.

It’s only fitting that we end with “Prima Materia”, the beginning of all that exists looping around into itself like an uroboros of life – the alpha and the omega, if you will. It’s a culmination of all that came before it with Lux, a concoction of everything that existed and will exist. In terms of the loose story of the album, it’s the moral: light begets life, so if we are to steer this careening vessel of a world toward any semblance of longevity, away from the inevitable heat death, in the opposite direction of famine and pestilence, and into the face of prosperity, we must do so assuredly into the light. It only helps this message, then, that the melodies on this song are infectious, acting as marching orders to humanity.

Lux obviously plays with many concepts, many far beyond my comprehension and knowledge base, so credit and thanks for much of this backstory goes to Netzorg himself, who very thoroughly and passionately details intentions and explanations of this album all around the web with sites like BrooklynVegan and Revolver, as well as within the very package this great album came in. In the Company of Serpents mine light from dark, they themselves showing a profound faith that we are not yet doomed, however much their style of music may suggest otherwise. All you must do is wear your favorite pair of sunglasses as we face and praise the sun, for there is much work for humanity to do, and it starts with us.