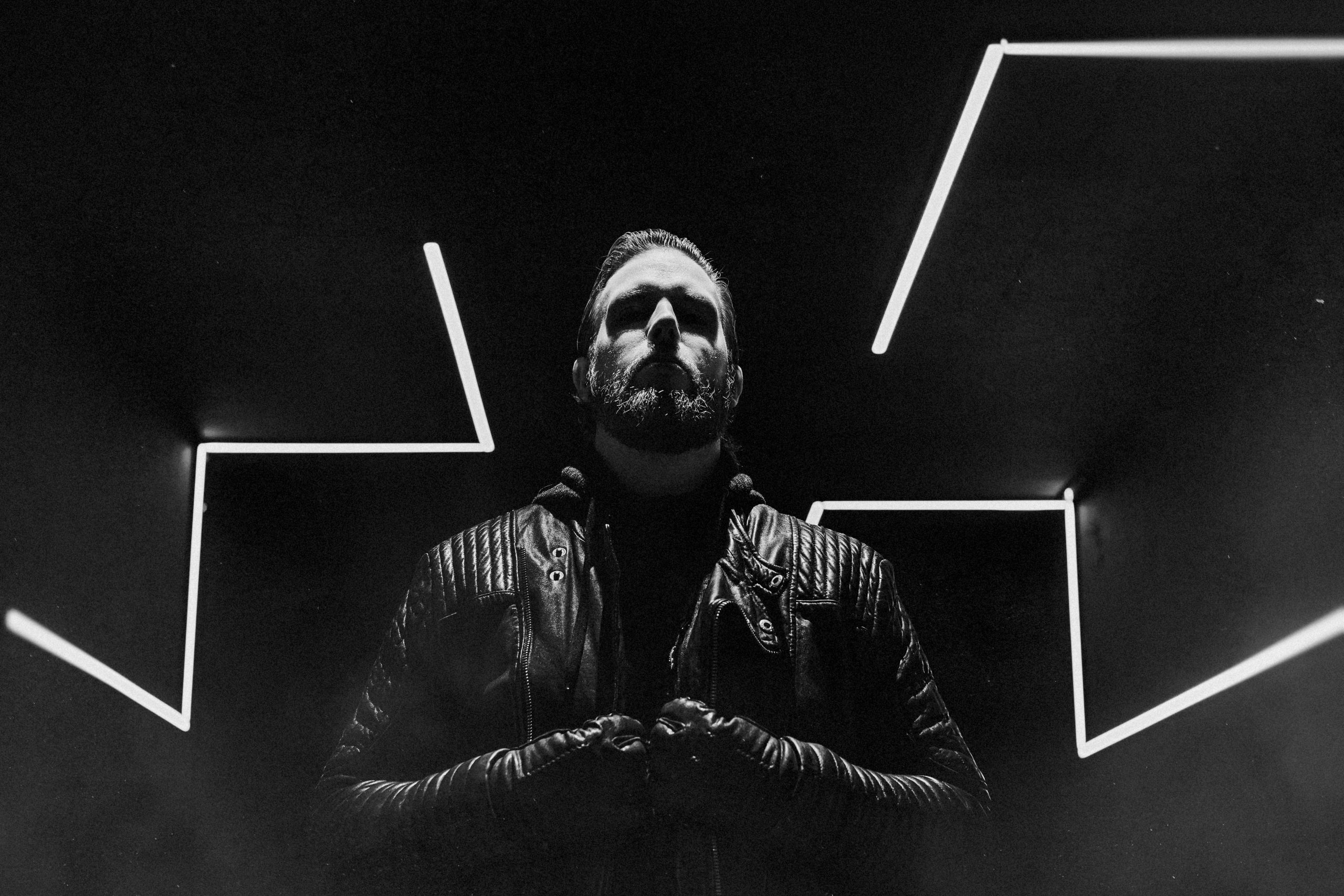 ILLT‘s Urhat is a ferocious, elegantly executed blackened death metal masterpiece that is among the finest in its genre.

Ooh boy, do I have a good one for you all today. The last few weeks have been incredibly tough – depression has been absolutely kicking the shit out of me; it’s been worse than it has been for many years. Like so many other people’s, my depression often manifests itself in a complete lack of interest or joy in anything, and I combated it for a while by writing a huge article on Carcass, but eventually that was done, and I couldn’t bring myself to write anything else. I got so bogged down in self-doubt and misery that I considered taking an indefinite break from writing altogether. Until I heard Urhat.

I’ll be totally honest, when I first visited ILLT’s Bandcamp page and saw the phrase ‘anti-human blackened hate metal’ in their bio, I was sure the album would be cringe city. Lyrically, sure, it is, a bit – but this is overshadowed by the astounding songwriting, capturing all the grandeur and visceral fire of black metal while remaining at all times completely down to earth. Looking at the line-up of ILLT, it’s hardly surprising – the band is the brainchild of Norwegian film composer and guitarist Roy Westad, and on Urhat, he’s aided by Megadeth drummer Kirk Verbeuren and Soilwork’s Speed Strid on vocals, as well as Nile’s Karl Sanders and Chrome Division’s Mr.Damage on lead guitars. So, while it is Westad’s debut as ILLT, it feels inappropriate to call it that, considering the years of composition under his belt and the intimate knowledge of extreme metal he possesses.

Extreme metal is such a broad term, which encompasses everything from grindcore to drone, including, of course, death- and black metal. Something pretty amazing can happen when the boundless aggression of death metal collides with the despairing melodicism of black metal – blackened death metal is hugely popular, and for good reason. However, I feel the genre suffers from an overwhelming, stifling staleness – while Urhat is in many ways traditional, it most certainly isn’t stale. There’s intensity in every phrase, in the blast-beat-driven, tremolo-picked chords, in heartwrenching lead lines, in every scream, every gorgeous clean passage.

“Blood of the Unbeliever” in particular captures a seething passion not frequently encountered in this style, especially when paired with the vulnerable fragility expressed in this track. Initially, I thought it was pure Satan-worshipping black metal, and upon reading the lyrics, I still believe this to be true – even without hearing, clearly enunciated, ‘Slay the minions of Christ/Rise, and shatter the throne’, the music speaks for itself. There’s a sort of awed respect in the main guitar melody, a humble obedience to the screams. Even though it was probably intended as exactly that, a twisted worship song, I can’t help but wonder if it goes deeper – how many atrocities have been committed in the name or religion, regardless which god(s) were allegedly being served? I love the line ‘I am denial/Your fucking rival’ – to me, it speaks not of mindless worship, but a clearly calculated contrarianism. Who’s to say whether or not that’s necessarily Satanic in nature?

The song I was possibly the most apprehensive about going into this was “Sons of the Northern Lights”. I thought the title was cheesy as fuck (and I still do), but it was easily one of my favourite tracks already after the first listen. It’s just really, really good, with an addictive chorus and so much attitude. While it does include one of the more awkward transitions between sections on Urhat, this is completely overshadowed by the intricacy and delightful diversity of its composition. Everything in “Sons of the Northern Lights” from the bridge on is pure perfection, from the whimsical, comforting clean lull in its centre, through the epic pummelling of its explosive bridge, to its final, brutal verse and chorus. The lyrics are pretty standard Viking bullshit: ‘Knights/Sons of the northern lights/Your hell is our home/Ever outnumbered/By the ice and snow/You will reap what you sow’ – but hey, it totally works! It makes me feel strong and epic, like I’m part of some futile yet significant battle.

Unlike “Blood of the Unbeliever” and “Sons of the Northern Lights”, the two ending tracks “Every Tree a Gallow” and “The End of All Things” didn’t immediately wow me. In fact, after my first listen of Urhat, I felt very lukewarm about it primarily because of how it ended. Now, I don’t get what the fuck my problem was. While “Every Tree A Gallow” is most certainly the rockiest track on the album, it still features some evil arpeggios, haunting harmonies, a lovely bluesy solo, and some of my favourite vocal moments on the album. And “The End of All Things” is just all-round amazing – its intro is built primarily on one theme, a reasonably simple folky melody, it plays with layers and harmony so naturally and effectively that one doesn’t even notice it’s two minutes long. This beauty is driven like a stake into the ground by the hugely aggressive verse and chunky, threatening chorus. It’s the perfect end to Urhat, with its supremely evil bridge (remind you of Mastodon’s “Diamond in the Witch House”?) that ties so fabulously back into the intro, and finally, its icy black metal climax, melting seamlessly into sweetest reiteration of its opening theme. This sort of arch form always feels so satisfying and haunting to me, and right here, like this, I can’t imagine the song going any other way.

There are no weak tracks on this album. “Every Tree a Gallow” – more like ‘every song a slapper’, am I right? Six songs, 36 minutes, and that’s all you need. While it is incredibly good, I don’t find myself craving another song because I think it’s totally complete as-is. The flow of the album is great, nothing bloats, and it feels whole. Another track could very easily have ruined that. Urhat packs a punch, it’s confident and clever and succinct. It’s by no means groundbreaking, but it is easily one of the best things in this genre I have heard, and I don’t doubt for a second that it’ll stay in my listening rotation for a long time. Something pretty spectacular would have to happen for this not to be in my top five albums of the year. I take my hat off to you, Mr. Westad – what a debut.