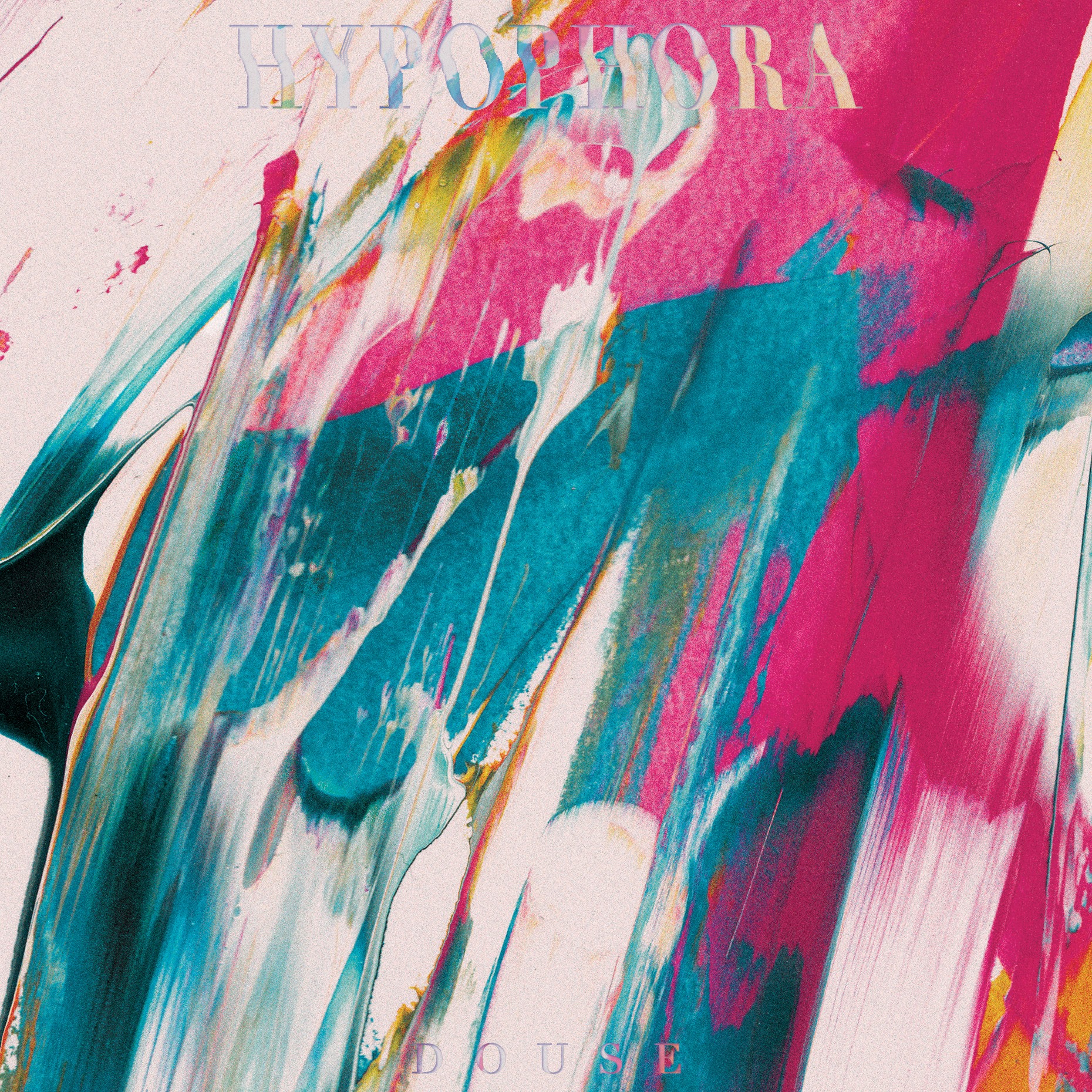 Hypophora grabs modern rock by the scruff of its neck, adds an explosive mix of energy, talent, fast paced ideas and awesome vocals to create something that proves the future of music is in safe, and exciting, hands.

I love it when a band defies all my expectations and creates something that sounds… well, different. Hypophora are one of those bands. Douse starts with laid back guitar and soft vocal, and I thought: ‘is this going to be some ‘bland as’ pop?’. “Mercurial”, however, is just an intro to the full album experience. A little taste of grit starts to appear at the end, before it crashes straight into the awesome riff of “Behave”. Now we’re cooking! The full band kick in including a distorted, passionate vocal to boot. Attention grabbing, awesome and to the point. I felt energised and couldn’t wait for more as I turned up the stereo to ‘stun’.

The moment I fell in love with this album was when “Behave” cashes in on one of my favourite sounds in rock; a guitar solo over bass and drums with no overdubs (think of Living Colour, King’s X etc). Bands can only pull this off when the rhythm section is tight, and, believe me, these guys are tight as a nut!

“Hypophora”, the track, gives us some more superbly fruity distorted bass (more of that to come!). The guitars and drums kick in with the kind of funky noise riffing that remind me of those RATM or Living Colour classics. A great use of distortion on the vocal and the psychedelic swirling guitars in the verses once again gives the dream team of Lewis Pilcher and James Farmer, on bass and drums respectively, space to breathe and groove. The chorus is commercial rock at its best, and hits you between the eyes every time. The breakdown at the end? Just crank that mutha up!

Throughout the rest of the album, Hypophora spend a respectable amount of time blending alt-rock, pop and post-punk. Normally, this wouldn’t be my cup of tea, but the quality of the arrangements and original use of textures, make it work brilliantly. “Headlines” and “Spires” fall into these categories, but they are a blast to listen to, plus have enough ‘progressive’ elements to keep them interesting after multiple listens. Oh, the heavy riff in the middle of “Headlines” will have you jumping in the air smashing up your apartment in no time by the way!

This formula continues, but that’s not to say that things start to sound the same or get stale. Quite the opposite, there are plenty of standout moments throughout. Hypophora seem to have the perfect knack of crafting interesting songs that offer new arrangements or sounds, all within 5-6 minutes, effortlessly. Everything sounds like it has a place, like it was always meant to be that way. Even though they veer between pop-punk, doom-ish and jazzy-funk-ish, it works, managing to sound cohesive and natural. It’s just what Hypophora do.

As “Spires” starts up with its jingly jangly guitar, I thought to myself: ‘here we go, they’ve succumbed to the pop-god and are going to water down their sound’. Yeah Nah. Karum Cooper hits the stomp box at the just right time, pushing the band into sixth gear. They know when to add the grit and I’m thankful for this. It elevates them above the heads of others in this genre. Metal fused with funk, done well.

The band continue to energise and surprise at every turn. One of the reasons Hypophora are a cut above the rest is not only the awesome vocal performance of Katie McConnell, but also the multiple styles and effects that she puts into play. The distorted, almost doom style, effects of “Etoliate” and “Spires” give the vocals a seriously hard edge. This blends well with the high energy riffing from the rest of the band. With little more than a quick breath, McConnell will then quickly and effortlessly take it down a notch and caress the microphone, gracefully hitting high notes adding plenty of expression.

For the final chapter of the album, we head into Laidbacksville. “To Hear; To Listen” is the first treat. Initially more pop than other tracks, the guitar harmonics and funky effect give it a great, summer feel. It works as a standalone track, while also preparing the listener for what comes next; “Smiling (Numb)”. An atmospheric slow groover, with reverb heavy piano, and lots of space to let McConnell soar. The finale of “Cars Run On Friendship” and “Ordinary” follow a similar vibe, adding back in the heaviness and noisy vocal to good effect, while still covering tons of ground, from drum n’ bass to doom and back again. “Ordinary” packs so much in that it sounds like a 10-minute epic album closer. It wasn’t until I checked the time that I realised it was only six minutes long. What a trip!

This sort of power pop is normally draining for me. The formulas and sound palettes are known and limited, usually lacking any surprises. Hypophora know this and combat it head on. They focus on quality, and feature loads of experimentation throughout the whole experience. From the jazzy Fender Rhodes on”Headlines”, to the piano ballad on “Smiling (Numb)”, everything fits together and never stands still. This is a hard act to pull off without sounding like you just threw everything, including the kitchen sink, together. Hypophora are a band chock-full of amazing ideas and know how to express them.

Let’s talk about that bass. What a sound! It defines this band. Tracks like “Etoliate”, “Chemical X” and “Behave” transcend power-pop, with the distorted bass so grunty and fruity that it sounds glorious. The funk bass on “To Hear; To Listen” shows that Pilcher knows his chops and can provide an awesome groove to keep everything together. It’s my favourite aspect of the album and makes Hypophora sound different.

We all know, as listeners and musicians, that great bands have a special ‘X’ factor. We don’t really know what this ‘X’ is, and we don’t need to analyse it, because we know it when we hear it. Well, I hear it in Hypophora, in every track. The band are firing on all cylinders for the whole album. It’s pretty clear that they played the album in the studio as a whole, very few takes or overdubs and limited editing. This results in the album feeling fresh, alive, and just exciting.

I think we’re in the golden age of female fronted rock right now in 2018. Whether you’re rocking out to Bent Knee or Arch Enemy, Hypophora deserve to be in your collection, so stop reading this and get out there and get hold of it!